Italian Flag: What the Colors Mean & A Little History

As a schoolkid in the United States, I distinctly remember learning precisely what all the symbolism of the U.S. flag meant – the stripes, the stars, and the colors. But for some reason, it didn’t occur to me until recently that there was probably similar meaning behind the design and the colors of the Italian flag. So, like a schoolkid once again, I did my homework – and here’s my report. (Plus a shiny apple for the teacher, just cuz I’m that kind of teacher’s pet.)

The current Italian flag consists of three equal vertical bands of color – green, white, and red – with the green being the one on the hoist side. This kind of flag is known as a “tricolor” design, the same kind of design the French flag and Irish flag have. In Italian the flag is known as Il Tricolore (tree|koh|LOHR|eh) because of this, in much the same way that the American flag is commonly known as the “stars and stripes.” The modern flag of Italy wasn’t made the country’s official flag until 1948, but the three colors in the flag have been in use since the late 1700s representing the various city-states and kingdoms that made up the country we know as Italy today. 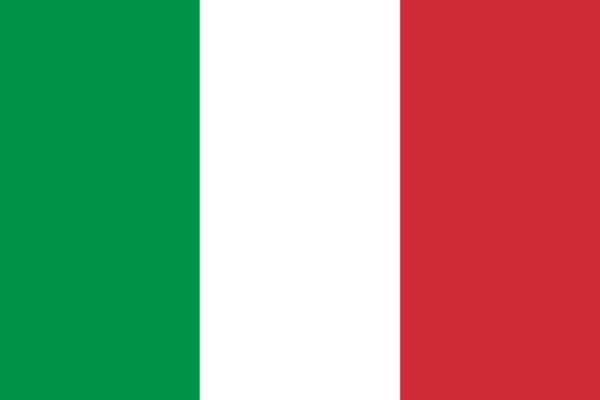 What do the colors on the Italian flag mean?

Unfortunately, the answer to this question isn’t as simple as you’d want it to be. There are poetic meanings assigned to the colors of Italy’s flag, but they were only associated with the flag after the fact – the flag wasn’t given its colors with those meanings in mind. You’ll read that the colors represent hope (green), faith (white), and charity (red); or that the green is for the hills, the white is for the mountains, and the red for the bloody wars for independence. Rather than poetry, however, it’s the historical merging of governments that we have to thank for the meanings behind the three colors of the Italy flag.

As you’ll read below, the first tricolor flag used the colors green, white, and red in order to incorporate the flags and uniforms of regional governments. The flag of Milan, a white flag with a red cross on it, was the flag of the city’s patron saint (St. Ambrose). The red and white colors were combined with the green color of a regional military uniform in a flag to represent a republic in northern Italy, and the rest – as they say – is history.

History of the Italian Flag

The first use of a green/white/red tricolor design for a flag in what is now Italy was in 1796 when it represented a republic in the north. The red and white came from the flag of Milan, and the green from the color of the region’s military. Within a year, that republic had merged with another – and the tricolor design would be abandoned and re-adopted over the years – but the three colors used would remain.

Looking over all of the flags that have flown over Italy is a bit like looking at a quilt. From the early tricolor of the late 1790s to the square-and-diamond designs of the Napoleonic era, to the re-emergence of the tricolor bands (with ever-changing coats of arms of the whoever was in power in the center) after the fall of Napoleon – the flags of Italy tell the story of the country’s chaotic history. All you need to know about Italian history is that the country wasn’t unified until 1861 (and even then it was only done begrudgingly) and didn’t become a republic until 1946, and then it becomes easy to understand why the flags seem so unstable. It’s because the country was unstable!

Here are just a few of the flags that have represented Italy in one form or another since the 18th century (with more history below the pretty pictures):

Flag of the Napoleonic Kingdom of Italy, 1805 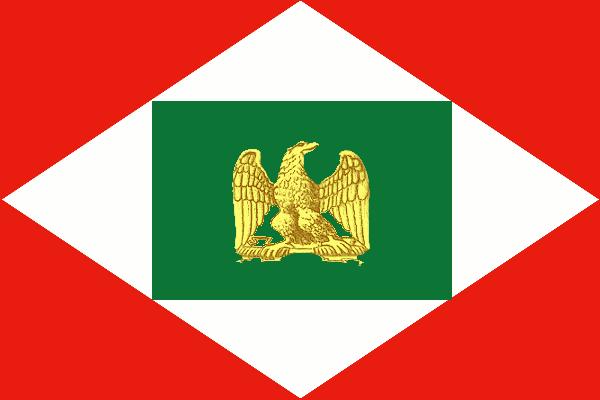 Flag of the Kingdom of Sardinia, 1848 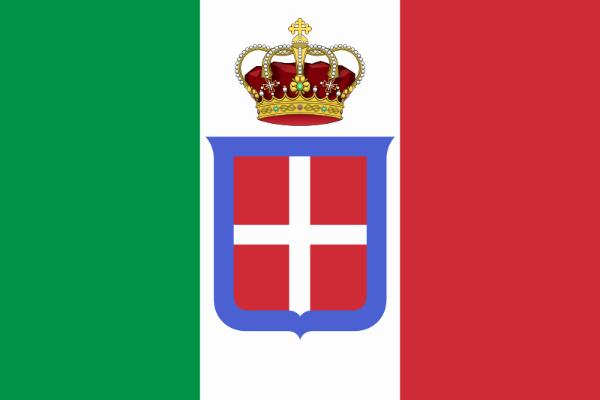 Flag of the Constitutional Kingdom of the Two Sicilies, 1848-1849 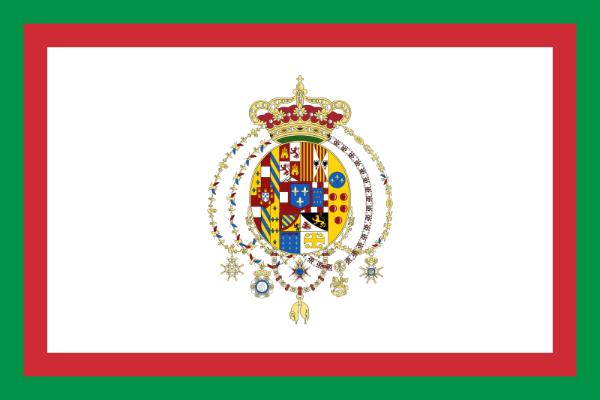 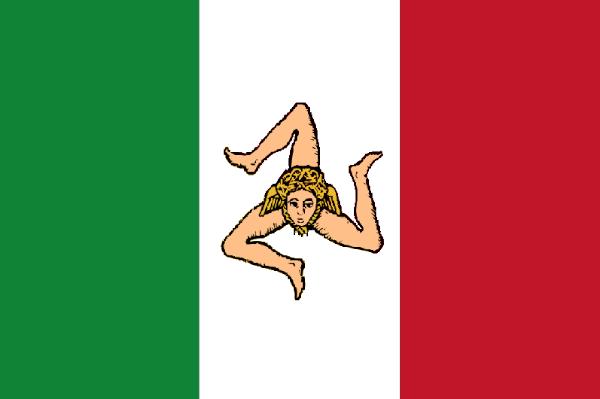 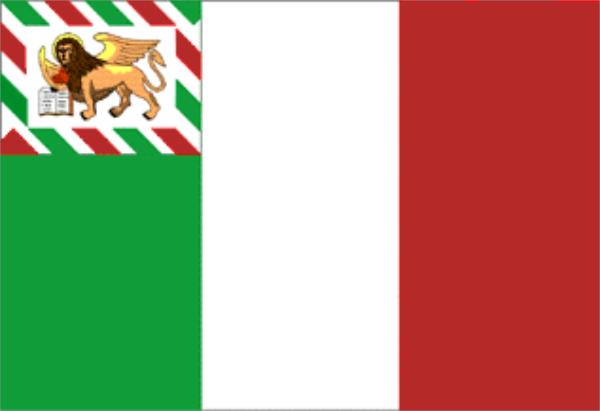 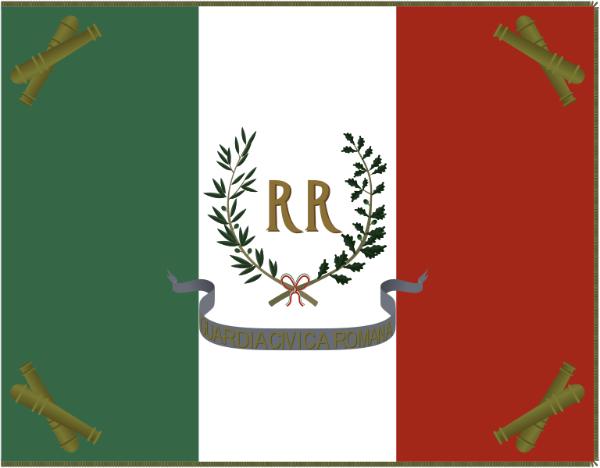 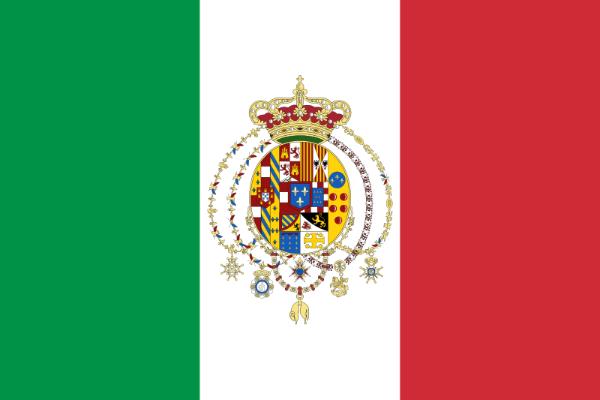 During the Italian uprising which became the start of the unification process, the Sardinian flag (shown above from 1848) was raised to represent the new country, thereby solidifying the tricolor design again. Why was it the Sardinian flag when the head of the Kingdom of Italy was up north in Milan? That’s because the man behind the unification, without whom the ruling Savoy family wouldn’t have had a chance of bringing in the southern part of the peninsula, was from Sardinia. Giuseppe Garibaldi incorporated the Savoy’s coat of arms into his home flag, and this version of the tricolor represented Italy until the kingdom became a republic in 1946.

After World War II, the tricolor design we know today – the one without any emblems in the center – was adopted as the national flag of Italy at the same time as the adoption of the constitution.