Say “Italian lake” and the first bodies of water that likely come to mind have names like Como, Maggiore, and Garda – but there are several beautiful lakes in Northern Italy, and only a few of them are on the famous or popular end of the scale. Other lakes may be smaller, but the crowds visiting are smaller, too.
Two of the lesser-known lakes in Italy – Lake Orta and Lake Lugano – are listed below, with a few hotels for each that offer lake views. There are other places you can stay that have lake views, but since these lakes are less touristy they tend to be apartment or villa rentals rather than hotels. This isn’t an exhaustive list of hotels with lake views, however – it’s meant to help make the list of potential hotels more manageable to work with.

3 Lake Orta Hotels With a View

Lake Orta is in the Piedmont region, and is quite small. There are a few towns that claim lake front property, and the largest town is the one in which all three of these hotels are located. 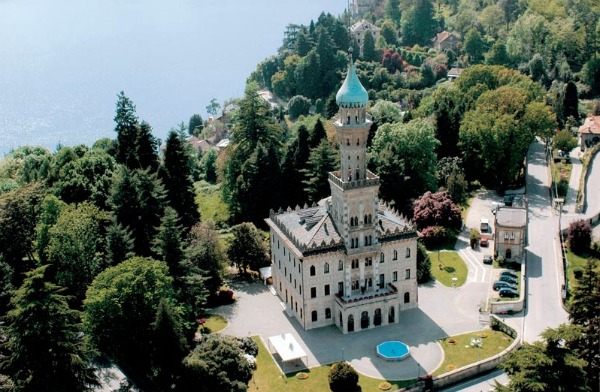 The stunning Villa Crespi is a former private palace built in a Middle Eastern style in the late 1800s – it looks more like a mosque than a hotel. The property became a hotel in the 1980s and now has 14 rooms. Many are individually decorated in an old world palatial style, and while not all rooms overlook the lake each has a nice view. The property has an on-site restaurant and spa. 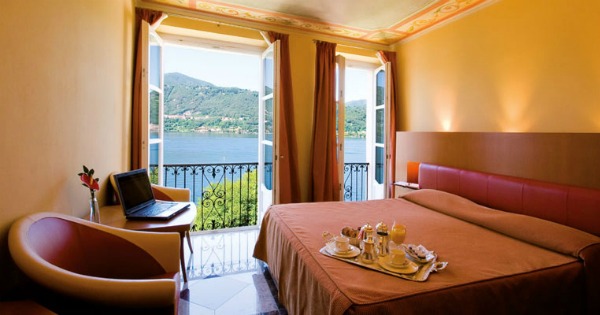 The Hotel San Rocco is right on the shores of Lake Orta, and occupies a building that was formerly a convent. There are now 80 rooms in the hotel – many have been renovated with modern decor and conveniences, without losing the historic qualities that make the property interesting. Not all rooms have a lake view – rooms on the back of the hotel overlook the village of Orta San Giulio. The hotel has an on-site restaurant and spa.

The Hotel La Bussola sits above the lake, which means it offers fantastic views over the water and other nearby sights. If it’s any indication, the street on which the hotel is located is called “Via Panoramica.” Still, the property is a five-minute walk from the town center. Not all rooms have a lake view, however. The hotel has an on-site restaurant and an outdoor swimming pool.

Lake Lugano Hotel With a View

Lake Lugano lies mainly in Switzerland, so there aren’t as many towns on the Italian side to choose from – and most of them have apartment or villa rentals instead of hotels. The town of Porlezza is a good option for a larger town with hotels. 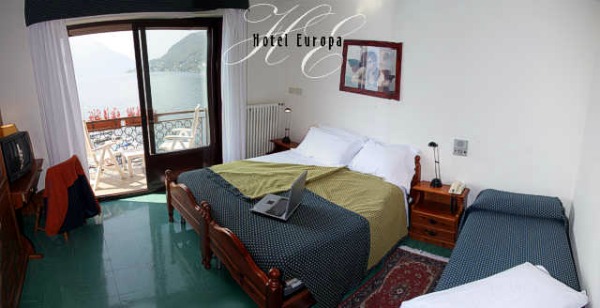 The Hotel Europa is in the town of Porlezza, one of the Italian destinations on Lake Lugano (which is primarily in Switzerland). The hotel is right on the water and has 35 rooms. Many of the rooms have a lake view and a private balcony. There is an on-site restaurant and parking garage.