Search here for great deals on cheap airfare to Naples 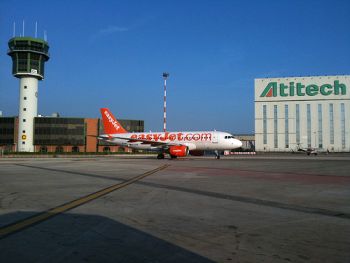 The biggest and busiest international airports in Italy are in Rome and Milan, but that doesn’t mean you don’t have more options to choose from when flying into the country. In fact, since most people traveling to Italy from overseas will have a layover somewhere outside Italy on their way to the Italian peninsula, that’s a perfect opportunity to switch to a different airline and fly directly to a smaller airport that’s closer to where you want to spend your vacation.

If your holiday will be focused on the Amalfi Coast, or if you plan to start around Naples and continue from there, then don’t bother flying into Rome or Milan – get the lowdown on airfare to Naples and waste less time getting where you want to be.

There’s one airport serving the city of Naples, and it’s Naples Capodichino Airport (NAP). Naples Airport is very close to the city center – it’s less than 4 miles away – in what’s known as the Capodichino neighborhood. It’s an international airport, and the largest in the region, but it doesn’t serve as a base or hub for any airline.

Some of the big airlines serving Naples include Air France, Alitalia, and Lufthansa, but there’s a relatively long list of smaller carreirs that fly to and from Naples regularly, too.

>> Learn more about the budget airlines that fly to Naples

There are a few other airports in the Campania region that are all much smaller and none of which are really suitable backup airports if you’re headed to Naples. If your destination is further south in Campania, however, you might look into getting a flight into the smaller Salerno Airport (QSR). It’s actually located south of Salerno, near the town of Bellizzi, and it’s served by Air Alps and Skybridge AirOps.

How to Find Cheap Airfare to Naples

When you’re trying to save money on a trip, the easiest way to do that is to find cheap flights – since airfare is nearly always the biggest travel expense. Here, then, are a few tips for finding cheap flights to Naples.

>> And now that you’re in Naples, here’s my Naples travel guide, a few hotels in Naples’ city center to choose from, and the top 10 things to do in Naples!