Search here for great deals on cheap airfare to Rome 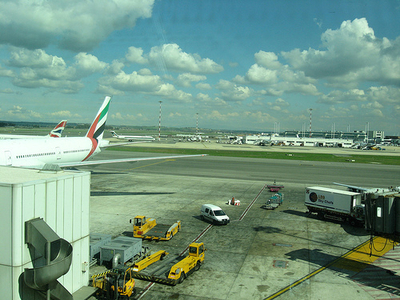 Millions of tourists every year use Rome’s airports as the entry and exit points for their Italian vacations. It makes sense to do this for a number of reasons – Rome is usually on the “must-see” list of places that people are going to visit during their trip, and with a major international airport just outside the city you can be guaranteed of getting a flight.

What you can’t be guaranteed of, however, is getting a good deal on airfare to Rome. For whatever reason, airfare to Rome (and anywhere else in Italy, for that matter) tends to be higher than many other European cities. It just means you need to be a little more diligent in your vacation planning.

Rome’s biggest international airport is most often called Fiumicino International Airport, although its official name is Leonardo da Vinci International Airport. As with most major European airports, Fiumicino is located quite a ways from the city center (more than 30 km). This is where most of the big airlines will fly in and out of, however, so if you’re getting a direct flight into Rome from overseas chances are good you’re flying into Fiumicino.

The second airport in Rome is Ciampino Airport, and although it was once the city’s main airport it’s taken a back seat to Fiumicino now. Things weren’t looking good for the long-term life of Ciampino, but Europe’s low-cost airlines have primarily chosen Ciampino over Fiumicino, so it’s gotten a second chance. It’s closer to central Rome than Fiumicino is, so if you can get a flight into Ciampino you could save a bundle on taxi fare.

Two Ways to Save Money on Flights to Rome

In order to take advantage of the low fares on the budget airlines flying into Ciampino, you’ll need to find a great deal from your home airport to another major European city (like London, Paris or Frankfurt) and then get a separate ticket on one of the low-cost airlines serving Ciampino. An arrangement like this takes a bit more logistical planning on your part, but if it can save you big money on your airfare to Rome, you’d probably be willing to take the extra steps. Just think of all the extra gelato you could afford as a result.

Another good way to save money on your airfare to Rome is to try to travel in the low season. Now, Rome is such a year-round tourist destination that you aren’t going to find rock-bottom prices because there is no “off” season. The most popular times to visit, however, are from late April through about early October, so if you can travel outside those dates you have a much higher chance of saving money on your airline ticket. Your best bet is to keep an eye on prices well in advance of your trip, so you can monitor when they start going up (or down) and react quickly.

>> Now that you’ve arrived at Fiumicino, here’s what you’ll need to know about getting from Fiumicino Airport to Rome, what to do in Rome while you’re there, or you can check out these indie travel tips for visiting Rome!