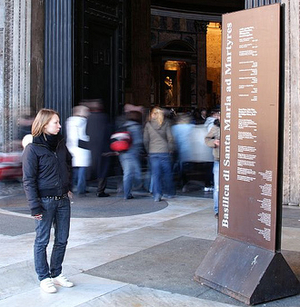 I’ll admit it – I don’t love Rome. I want to, believe me. I want to fall head over heels for its chaotic blend of modern and ancient, its larger-than-life attitude, and its hidden gems. But I haven’t yet. This is partly due, I’m convinced, to the fact that I have yet to spend time in the city with someone who truly loves Rome to its core. I really believe that can make such an enormous difference to one’s perception of a city, that I continue to hold out hope that one day I’ll rhapsodize about Rome the way some of my friends do.

Until that time, however, I thought I’d offer what I call “Rome Survival Tips” – because if you’re anything like me and you need to visit Rome but you’re worried about being overwhelmed by it (which happens to nearly everyone on their first trip), you’ll want to know how to make the most of it. After all, just because you don’t end up loving Rome doesn’t mean you have to hate it, either.

>> For more, don’t miss my list of things you should know about Rome, too.

original photo at the top by Jessica Spiegel, and may not be used without permission