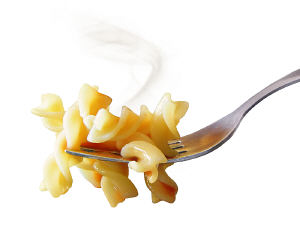 Back when I was teaching Italian language basics to people who were planning trips to Italy, I used to like to bolster their confidence from the start by saying, “Well, even if you forget everything I teach you, you’ll never starve in Italy.” And it’s the truth. With so many Italian (and pseudo-Italian) restaurants serving up Italian food around the world, there’s always going to be at least one thing on a menu in Italy that looks at least a little familiar to you. Still, if you thought the Italians were one-trick-ponies when it came to pasta, you’d be sorely mistaken.

Most people have heard of spaghetti, ravioli, and lasagne – in fact, these words are so common outside Italy that they’re hardly even thought of as Italian anymore. But there are so many words for different pasta shapes in Italy, it’ll make your head swim. Even more to the point, Italians will insist on certain sauces going with certain pasta shapes, and some will never deviate from these traditional pairings. While you clearly don’t have to be limited to only using the prescribed pasta shape with that sauce you’re cooking, you might want to broaden your pasta horizons a bit from the shapes you’re already familiar with. Here’s a little Italian pasta primer to help you learn about some of the more than 350 different kinds of Italian pasta out there. Check your local market to see how many are available where you live!

And in case you were confused, yes, you saw the word “maccheroni” in a couple places above. What’s that, you ask? Why, it’s the Italian word for what you call “macaroni” – and it’s pronounced just about the same way!

Incidentally, you might think that the note at the top of this article about there being more than 350 different kinds of pasta is hyperbole, but all you have to do is scan the pasta aisle of an Italian supermarket to see that the selection of pasta types I’ve written about here is only scratching the surface:

For more information about Italian pasta, including some of the “rules” that the natives live by when they’re making and eating their pasta, check out this article by Divina Cucina’s Judy Witts.