Wanna get right to the good stuff? Check out my favorite Italian swear words, and reader contributions to the Italian cuss words list! Just make sure you’re careful about who you practice them on – or at least don’t tell them who you learned them from. I don’t want to get blacklisted from entering the country again.

If you, like me, find that Italian music is a great way to learn the language, then check out some of my favorites on my Italian music player!

And while you might think you’ve got a head start on Italian because you can say “ciao,” find out why you shouldn’t say ciao in Italy.

Why would you want to learn Italian? 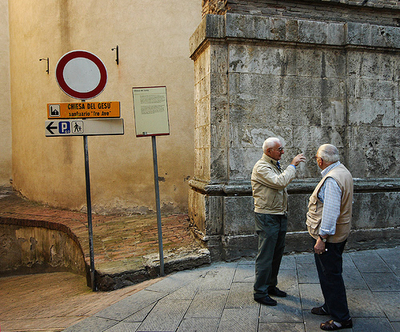 When I first started learning the Italian language, Italians would ask, “Why would you want to do that?” On some level, Italians understand that their language – as beautiful and poetic as it might be – isn’t exactly essential in today’s world. While it’s spoken by about 62 million people worldwide, the only country for which it is the main language is Italy itself.

If you think about it, the Italians weren’t exactly great colonizers – so they didn’t end up with territories in far-away lands whose inhabitants they converted to speaking Italian. The result is a language which doesn’t prove very useful beyond the borders of its home country.

To be fair, there is a portion of Switzerland for which Italian is the official language (not surprisingly, it’s the portion which borders Italy), and there are other countries which are close to Italy where you might also find Italian being spoken in some form. But unlike Spanish or English, which you’ll find forms of in several different parts of the world, Italian is a bit like an island. All this is to say that if you want to learn a little bit of the language before you visit Italy, be prepared to have Italians ask, “Why would you want to do that?” 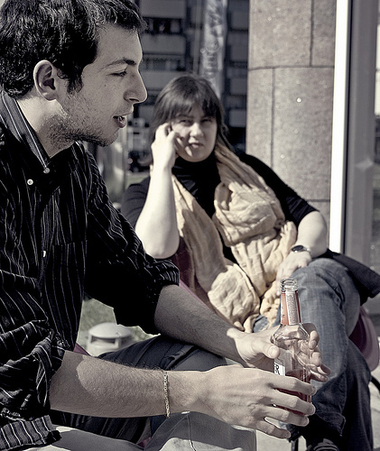 Italian is, as I call it, something of a WYSIWYG language – “what you see is what you get.” Once you learn the basic pronunciation rules, you can be confident when guessing at new words because nearly everything is pronounced just as you think it might be. Italian vowels are clipped while consonants are given more weight – double consonants even more so.

While there’s no tonality to the language, Italian is incredibly musical. Many of the exceptions to the rules were made because something just sounded better a different way. You will still find regional dialects throughout the country – most of which sound almost nothing like Italian – but the official language of Italy, the one you’ll find in newspapers, hear on TV, and be taught in schools, is the Italian of Dante, who is considered the father of the Italaian language.

Depending on where your travel in Italy takes you, you are likely to find lots of people who speak English and are eager to practice with you. This is especially true of younger generations and of bigger, more touristy, cities. If you get off the beaten path, however, or want to communicate at all with older generations, speaking a little Italian will not only be a polite thing to do – it’ll be absolutely necessary.

Be Polite: Learn the Basics Before You Go

My advice to you is to take a beginner’s Italian class – most towns have a community college which offers adult education non-credit classes – or get a good self-study book and some CDs. Learn the terms of basic politeness, and a few conversation starters if you’re feeling adventurous. And above all, don’t be afraid to try out what you’ve learned – the Italians are, by and large, extremely forgiving with their language. They’ll encourage you when you’re on the right track and politely redirect you when you’re not. Again, they understand that their language isn’t on the top of everyone’s list of languages to learn, so they always seem pleased when someone makes the effort.

Recommended Phrase Books to Bring Along

A Few Polite Words to Master

(If you see a blue arrow button next to a word, click on it to hear a sample thanks to the folks at Forvo.)

You may also find the “geographical alphabet in Italy” handy if you’re trying to spell something, especially over the phone.

For fun, don’t miss my favorite Italian curse words and my growing collection of Italian idiomatic expressions, too!

And for a few of these phrases in a quick video introduction to Italian, here are 10 words/phrases you’ll probably want to learn from the Travel Linguist:

Do you like language trivia? Sometimes I do, and I thought this article about why Italians use the different forms of “you” that they do was really interesting.