Budget Airlines that Fly to Milan 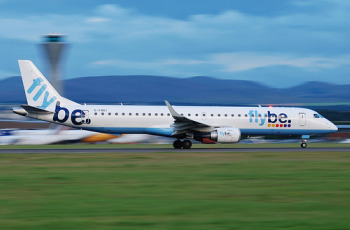 Personally, I love Milan – but I don’t even recommend it in my itinerary for first time visitors. Still, because Milan has one of the main international airports in Italy, it has become a popular entry point for the country – and because it’s also a major rail hub, it’s incredibly easy to get elsewhere in Italy from Milan’s main train station. So if you’re intent on going on a trip to Milan and you’re as aghast at the high prices on flights to Milan as I am, then you’ll appreciate any way of saving money on a ticket.
One of the things all budget travelers should consider when they’re on the hunt for cheap flights to Milan is to find the cheapest flight into any European city – and then find a super-cheap flight from there to Milan on one of the budget airlines in Europe. Yes, what I call the “two-step” method of flying to Italy will take some extra planning on your part – but it’s do-able (tour guides and other folks who travel to Italy regularly do it all the time) and could save you big money.
Though I’m quite familiar with most of the budget airlines that fly in the U.S., even I hadn’t heard of some of the budget airlines in Europe – so I thought I’d put all the budget airlines that fly to Milan on a list here to make it easier for you to research. What I’m not including in this article, however, is a list of all the stuff you really need to think about when you’re booking two separate flights like this – so be sure to read the article I wrote about that topic, too – things you should know about flying budget airlines in Italy.

Budget Airlines that Fly to Milan

Milan has two main airports, but there’s a third that’s worth looking at – especially for budget airlines – so I’m listing all three airports here.

Milan’s main airport is the big Malpensa (airport code MXP); it’s about an hour outside Milan’s city center by public transit, but Malpensa (pronoucned mahl|PEHN|sah) is still one of Italy’s biggest air hubs and attracts lots of traffic – from budget carriers and otherwise. No matter how you fly in, you’ll need to know about your options for getting from Malpensa Airport into Milan.
The budget airlines that fly to Malpensa Airport in Milan are listed below, and some of the main cities from which they depart are listed after each airline name:

Linate (pronounced lee|NAH|teh) is Milan’s secondary airport – it’s a smaller airport overall, but it’s physically closer to the Milan city center so it’s easier to get into town once you’ve arrived at the airport and also easier to get to the airport from a downtown hotel. In other words, whereas staying the night at a Malpensa Airport hotel the night before an early morning flight is recommended, that’s not necessary with an early flight out of Linate.
The budget airlines that fly to Linate Airport in Milan are listed below, and some of the main cities from which they depart are listed after each airline name:

Nevermind the fact that Orio al Serio (pronounced OH|ree|oh ahl SEH|ree|oh) isn’t actually in Milan, or that the official name of the airport doesn’t include any city name whatsoever. The truth is that Orio al Serio is roughly the same distance from central Milan as Malpensa is – and if you’re not really planning to spend time in Milan but are instead hoping to head north into the lakes region anyway, it’s an even better airport to target.
The budget airlines that fly to Orio al Serio Airport outside Milan are listed below, and some of the main cities from which they depart are listed after each airline name:

How to Fly Budget Airlines to Milan

As I said in the introduction, planning this kind of slightly-more-complicated itinerary does require a bit more attention to logistics and planning than the average round-trip ticket – there are all sorts of things you need to consider, but that I’m not going over in this article. I have written about them, however, in another article. So be sure to read that along with this one, won’t you? I want you to be completely informed, after all.
>> How to Fly Budget Airlines to Italy
photo by scot_w_9