Budget Airlines that Fly to Venice 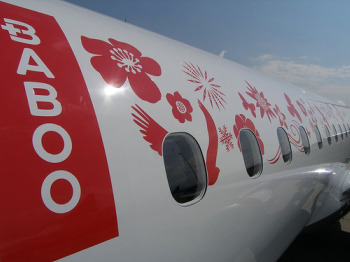 If you’ve spent any time poking around this website, you’ll no doubt have learned about my crazy affection for the city of Venice. Yes, despite all the legitimate reasons why I should fall head over heels for another city (not least being that it’s so terribly cliched to love a city that’s already nearly loved to death), I adore the canal city. I just do.
One of the main reasons Venice will always have a special place in my heart is that it’s the first city I flew into when I first visited Italy – and there is nothing like taking a boat from the airport across a watery highway and having Venice come into view on the horizon. Nothing.
Depending on your itinerary, I still recommend flying directly into Venice if possible. And this recommendation is a relatively easy one to follow, as Venice is home to a reasonably-sized international airport. It’s not one of the main entry points into Italy, however, which often means finding cheap flights to Venice is tricky. Which, in turn, may mean you’ll need to fly to another big hub in Europe first and then get on a short flight to Venice from there.
I talk in more detail about how to make this kind of two-step flight to Italy work in my article about flying on budget airlines to Italy, so be sure to read that article in conjunction with this one. It will help you figure out the logistics of this kind of slightly-more-complicated itinerary, and also whether it’s worth it. Then, if you decide it is worth it, you can use this article to see which of Europe’s many low-cost carriers you can fly into Venice.

Budget Airlines that Fly to Venice

Venice has one primary airport, but there’s a second airport that’s close enough to consider it when you’re flying from major European hubs. If you’re able to get a good price on a flight into Venice directly from overseas, chances are you’ll be flying into the airport that’s closer to the city of Venice itself – the secondary airport is small enough that it’s only really worth looking into if you’re already in Europe.

Marco Polo Airport (airport code VCE) is Venice’s main international airport, located on the mainland less than 5 miles from the island city. Although most people think only of flying into Rome or Milan when they’re entering the country, Venice’s Marco Polo Airport is the third busiest in Italy.
The budget airlines that fly to Marco Polo Airport in Venice are listed below, and some of the main cities from which they depart are listed after each airline name:

As is the case with many secondary airports in Europe, the Treviso Airport (airport code TSF) is sometimes advertised with another city’s name in its title in order to attract a little more business. This is most often done by budget carriers that use secondary airports with some frequency, and it’s not a problem as long as you know in advance just how far an airport is from the city you’re going to.
In this case, the Treviso Airport is in the city of Treviso, which is roughly 12 miles from Venice. Although the list of airlines flying to Treviso is very short, they’re pretty much all low-cost airlines – so you might have good luck finding cheap flights into Treviso. You can get from the Treviso airport into the city of Venice by bus with a company that works with a couple of the more prominent budget carriers.
The budget airlines that fly to Treviso Airport near Venice are listed below, and some of the main cities from which they depart are listed after each airline name:

How to Fly Budget Airlines to Venice

Since booking two separate flights to get to Italy is a little more complex than just booking one itinerary all the way through, I’ve written a separate article about the things you need to know before you choose this option. The bottom line is that while you won’t always find a cheap enough ticket to make this two-step process a huge money saver, there are enough times when it will save you money that it’s absolutely worth looking into. Just be sure to read the article linked below first.
>> How to Fly Budget Airlines to Italy
photo by Eric-P