How to Get from Italy to Sardinia (and vice versa) 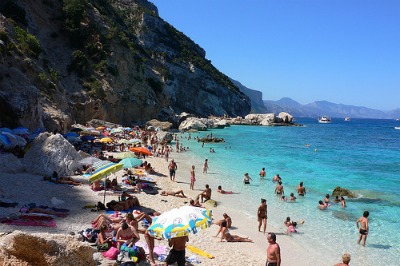 As I noted when I wrote a similar piece about getting from Italy to Sicily, the title of this article may seem confusing to anyone who has a modicum of familiarity with Italian geography. “How to Get from Italy to Sardinia” does, after all, imply that Sardinia isn’t actually part of the country known as Italy – which of course it is. The island of Sardinia is, however, quite a distance from mainland Italy, which means getting from one to the other is something that requires a bit of forethought.
Whereas one can see Sicily from the tip of Italy’s toe – and vice versa – Sardinia lies roughly 190 miles off the western coast of the country. The island is physically closer to the French island of Corsica than to the coast of the country to which it belongs. This means that there are basically two ways to get to and from Sardinia from the Italian mainland – by air and by sea.
Important Note:
It must be said at the outset that this article will be an overview of the main methods of transportation for getting to Sardinia from Italy (or vice versa), and will help you figure out what your options are for the trip, but it’s not meant to be an exhaustive list of all the flights and ferries. After all, your starting point could be any number of ports along the Italian coast (not to mention any number of airports in Europe). Please use the information listed here as a starting point for your own trip, and don’t assume that the cities I’ve listed are the only points from which you can depart.

Flying from Italy to Sardinia 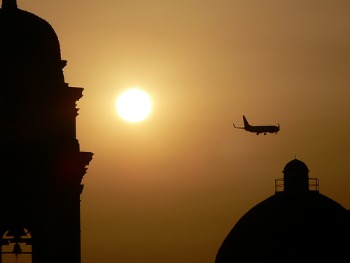 It depends a bit on where you’re starting from in Italy, but chances are very good that your most efficient method of getting from the mainland to Sardinia or vice versa is going to be by flying. There are five airports on the island of Sardinia, so you have a few options to choose from when you’re picking a flight route. The first three airports have international connections, while the smaller two are regional airports with connections only to the Italian mainland and other airports on the island itself.
The airport codes are:

Because Meridiana Fly is actually based at Olbia’s airport, it has a frequent schedule of flights to and from the island. Other budget carriers that fly to Sardinia from airports in Italy and elsewhere in Europe include Air One, easyJet, Ryanair, Jet2.com, Air Berlin, and Germanwings. Bigger airlines like Alitalia also make the journey, but may not offer tickets as cheaply as the discount airlines.
Some sample flight routes and prices I found as I was writing this article are:

Taking a Ferry from Italy to Sardinia 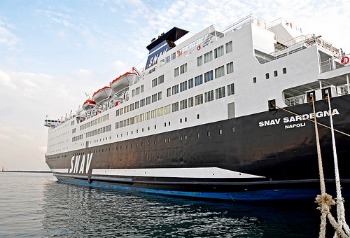 Whereas the ferry trip from the tip of Calabria to Sicily is less than a half-hour, ferries from Italy to Sardinia can take 7+ hours. There are a few port cities on Sardinia you can choose from as your destination, and several departure cities on the Italian mainland, so you’ll need to figure out which route suits your itinerary best.
You can arrive by ferry in the following cities in Sardinia:

The main departure points on the Italian mainland for Sardinia are:

The ferry companies which connect Sardinia with mainland Italy are:

Some sample ferry routes and prices I found when writing this article are listed below (please note that in some cases there’s more than one ferry company that makes the trip between the two cities listed – I used only one for an example):

* It has come to my attention that in mid-2011, Moby has announced a massive increase on the cost of trips between Italy and Sardinia. In some cases, the cost of the journey is twice what it was when I originally checked rates for the routes listed above. Be very sure to check the current prices on ferries – and explore all ferry company options – before settling on a method of transportation.
There are daytime crossings from Italy to Sardinia on some routes, but this is primarily during the high summer season only. A few websites you can consult for ferry bookings, all of which will let you book trips on more than one ferry line, are Il Portale Sardo, TraghettiWeb, and iTraghetti.

Driving from Italy to Sardinia 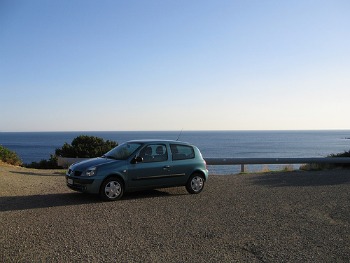 There’s no bridge that connects mainland Italy to Sardinia, so there’s no hope of driving all the way from one to the other – but if you’ve glanced through the information above, you’ll note that the descriptions of ferry crossings include fares for people traveling with a vehicle. If you’ve done any research about what it’s like to get around once you’re on the island of Sardinia, you’re probably already thinking about having a rental car out there. So if you put two and two together in this case, you come up with the result that it’s possible to drive a car you’ve rented on mainland Italy onto a ferry bound for Sardinia and then drive that car around the island.
In other words, while it’s not possible to drive from Italy to Sardinia and back, it’s absolutely possible to drive one car on both the mainland and the island.
Should you want to skip a rental car in Italy on the mainland and want to wait to rent something until you reach Sardinia, you can do that as well. Be sure to compare the prices of rental cars on the mainland vs. the island, and don’t forget to include the additional cost of bringing a car on a ferry as opposed to traveling on a ferry as a foot passenger (or flying, for that matter).

Now that you’re in Sardinia…

Here are a few links to resources that may help you plan your stay in Sardinia.

photos, top to bottom, by: Heather on Her Travels (from this photo on Flickr), migclick, archer10, robad0b