How to Get from Venice to Pisa (& vice versa) 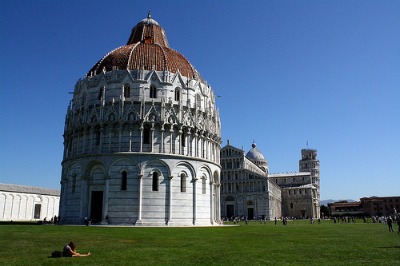 You’re no doubt looking at a map of Italy and thinking, “So, Venice and Pisa don’t look that far apart – would that work for a day trip?” And in fairness, given some of the distances one could travel in Italy, those two cities really do look like they’re within a reasonable distance from one another – that is, until you try to figure out how to actually make the journey.
The train is often the best way to get around in Italy, especially between major cities, but when those cities don’t have direct high-speed rail connections it means transferring in another city that’s not exactly “on the way.” Such is the case with the trip between Venice and Pisa. That doesn’t mean the train still isn’t a good option for the trip, it just means that it’s not the direct easy-peasy route you think it’ll be when you look at a map.
Here are your alternatives for making the journey from Venice to Pisa – read through them to figure out which is the best for your trip. And remember, if your itinerary calls for getting from Pisa to Venice, you can learn about that trip from the information below, too – the duration of the trips and cost of tickets will be the same, you’ll just need to confirm departure times.

Taking the Train from Venice to Pisa

ShowBookingWidget();
As mentioned in the introduction, the train trip between Venice and Pisa isn’t a direct one on Italy’s high-speed trains. If it were, it’s likely it would be a relatively quick trip – probably closer to the one between Venice and Florence, at a little more than two hours. Instead, because of the necessary train change, it’s a longer one-way trip.
High-speed trains connect Venice with Florence, and from there you need to change to a slower train for the trip to Pisa. The whole journey from Venice to Pisa, then, takes around 3.5 hours one-way. Tickets are about €49 for a second class seat and €69 for a first class seat. Remember, on the high-speed trains you need reservations as well as tickets – on the train from Florence to Pisa, you won’t need a reservation. Trains leave Venice bound for Florence about once every hour.
>> Read more details about taking the train from Venice to Florence, and then taking the train from Florence to Pisa

Flying from Venice to Pisa 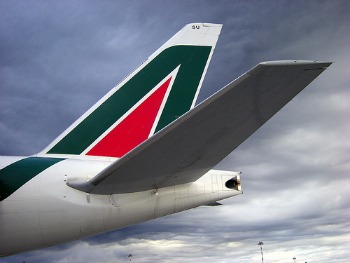 Just because Point A and Point B both have an airport doesn’t mean flying between two places is a good option for everyone. Both Venice and Pisa have airports – international ones, as it happens – but there aren’t direct flights between these two cities. Alitalia will get you from one to the other, as long as you don’t mind a layover in Rome or Milan!
The flight time is generally either about the same as the duration of the train trip or, in many cases, the flight is longer (because of the layover). Not only that, a one-way flight is on sale if it’s around €90 – most one-way tickets are at least €100, and round-trip tickets are more than €200.

Can you fly from Venice to Pisa, or from Pisa to Venice? Absolutely. I just don’t know why you would.

Taking the Bus from Venice to Pisa 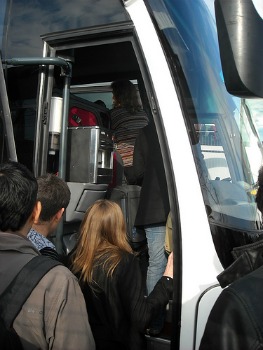 Traveling by bus from one region to another in Italy is sometimes relatively easy to arrange, but more often it’s incredibly complicated. The journey between Venice and Pisa falls into the latter category. There is a coach-style bus that runs between Venice and Florence, but from there you’d have to get on a train to make the last leg of the journey to Pisa – because not even the Florence-Pisa route is served by bus.
If you want to do this, it’s the SENA bus company that organizes trips from Venice to Florence, and a one-way ticket costs about €21. The trip itself is roughly five hours, and these buses leave Venice twice a day. Then you’ll take a train from Florence to Pisa – the fast trains make the trip in less than an hour, and a first class ticket is only about $13 (second class is less than $10).
It’s definitely possible to do this, and it’s cheaper than taking the high-speed train all the way, so it may be appealing to some budget travelers.
>> Read more about taking the bus from Venice to Florence

Driving from Venice to Pisa

Venice isn’t hospitable to cars, so if you do want to drive from Venice to Pisa I’d recommend renting your car after you’re done visiting Venice if at all possible. You could even go back to the Venice airport on the mainland and rent a car there. If you’re making this journey in reverse, coming to Venice from Pisa, I recommend dropping your car off outside Venice if you can (assuming you don’t have other destinations after Venice to reach) – again, the airport is a good option – so you don’t have to deal with the hassle of parking your car in the only parking lot on the island (or, worse yet, risking the parking lot being full by the time you get there).
When planning a driving route, I like using the ViaMichelin site to get an overview of the trip – in this case it says the trip from Venice to Pisa is over 330km and should take just under four hours, barring traffic or other stops. When making the actual trip, however, I recommend getting a car with a GPS unit in it or using one on your smartphone (assuming you won’t get charged mightily for roaming) and having a good driving map in the car with you. 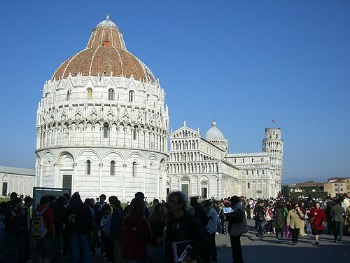 I hope you’re planning to stay in Pisa awhile and you’re not trying to make the Venice-Pisa trek just for a day trip… In either case, here are some additional resources you may find useful in planning your trip.