Italy Ports of Call: Where Cruise Ships Stop in Italy 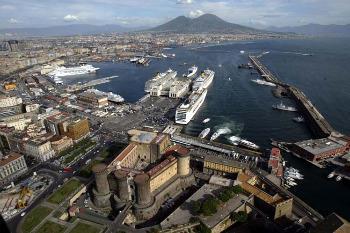 Mediterranean cruises can be a good way to visit several countries in one trip, without having to pack and unpack constantly or move from hotel to hotel – your hotel, in essence, moves with you. You won’t get an in-depth look at any one place, but a cruise can give you a good “sampler plate” look at each of the countries on your itinerary – including Italy.
There are several options for ports of call in Italy, depending on which cruise line and itinerary you choose. Here are the major ports of call in Italy – you can use this list to help you decide which cruise to take (if certain Italy ports of call look more interesting than others), or to learn more about each Italy cruise destination once you know where your cruise will take you.
With each of the Italy cruise ports listed below, I’ve linked to an article with more detailed information about the port – such as where it is in the city, how to get there and how to get from there into the city. I’m working my way down the list of Italian ports of call, so if I haven’t yet written about a particular destination yet I’ll be linking to the official cruise terminal’s site where it’s available.

Did you know you can book discounted shore excursions without going through the cruise line? And that they’ll guarantee to have you back at the ship in time for depature? Find out more:
Discount Shore Excursions for Italian Ports

Italy Ports of Call: Where Cruise Ships Stop in Italy

>> This post on the Walks of Italy blog lists how to get from three of Italy’s cruise ports (Civitavecchia, Livorno, & Naples) to the places you want to see nearby.
photo from the Naples cruise terminal website