Even without looking at a calendar, I can usually tell when the high tourist season in Italy is approaching by the number of questions I’m getting via email or in the comments on the site. This year, not only has the rate of questions increased lately, there’s one question I’ve been getting repeatedly – so I thought I’d write a post about it and answer it for everyone.
The question I’ve been getting lately is this: are there luggage lockers in the train stations in Italy?
The short answer is this: it depends on what station you’re talking about. (And yes, the long answer is below.)
Whereas left luggage lockers used to be available in major train stations throughout Europe (as well as in airports), many opted to do away with lockers entirely for security reasons several years ago. Those stations haven’t left travelers without a way to store luggage however, since they typically replaced lockers with a left luggage service staffed by people who would take your bag from you personally and store it in an office at the train station. This kind of service tends to cost a bit more than lockers do, but if it’s your only luggage storage option then the price may not matter.
Not all train stations in Italy have a luggage storage option, however, whether you’re talking about lockers or a left luggage office. The good news is that information about whether there’s a left luggage service at Italian train stations is on the official Italian rail network’s website. The English version of this information says it’s “under construction” (it’s probably been under construction for ages and may remain so for ages), but with a little guidance you can figure out the Italian version fairly easily.
Here’s how to figure out whether the train station you’re going to in Italy has a luggage storage option. 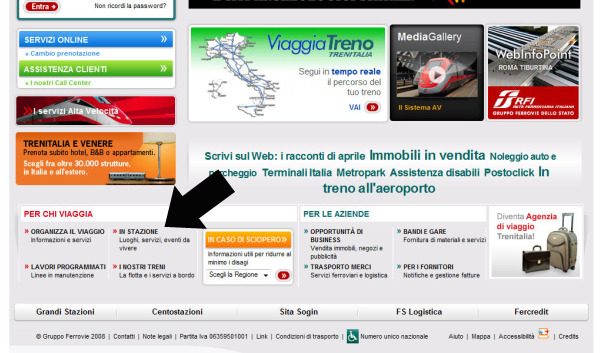 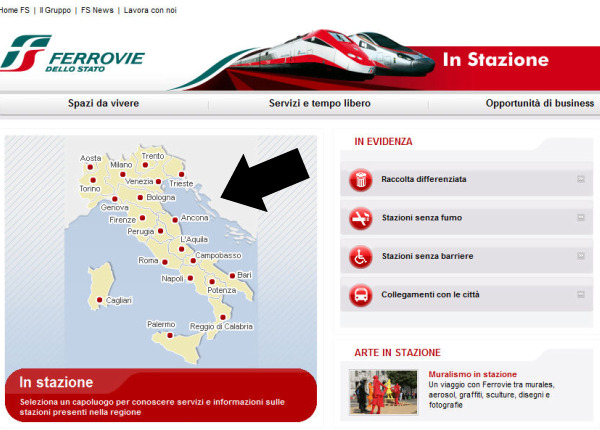 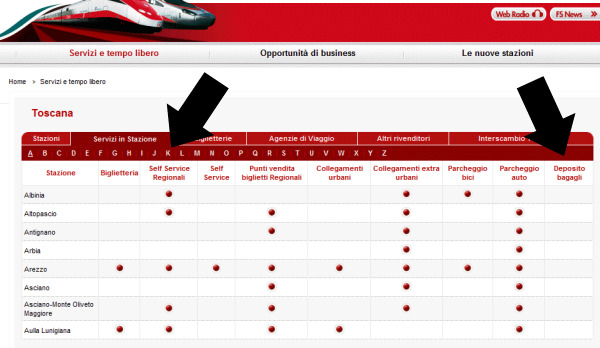 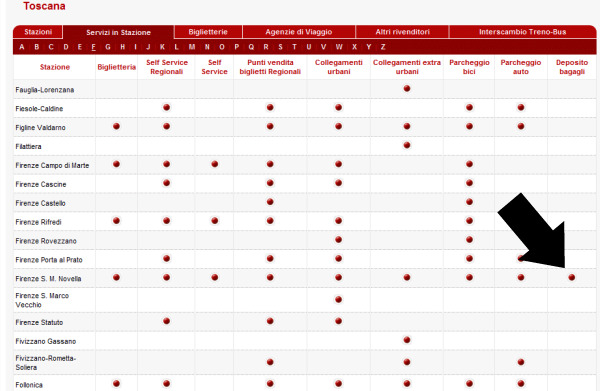 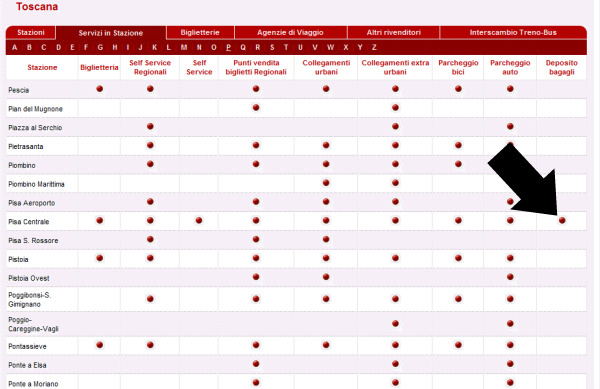 To look up other stations, you’ll need to backtrack to the page with the map and start again with a new region. Again, keep in mind that a red dot in the “Deposito Bagagli” column doesn’t indicate what kind of luggage storage is available – lockers or a left luggage office – only that the station is equipped with some kind of storage option. Also remember that if the luggage storage at the train station is luggage lockers and not an office, there’s no guarantee that there will be an available locker open when you get there.
>> Learn more about train travel in Italy, including details about the different kinds of trains and when to buy an Italy Rail Pass