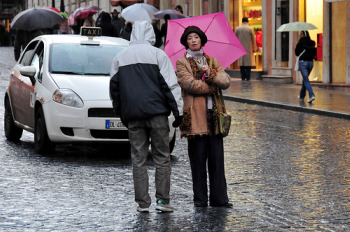 Whether you’re the kind of person who hunts down travel bargains like a bloodhound or you just like to find a good deal, one of the best ways to save money when you travel is to visit a location when it’s not in the midst of its peak season. In Italy, although people visit year-round and you can never truly escape the tourists in the most popular destinations, there are definitely times of each year when you’ll not only snap up great deals but also experience Italy without the biggest crowds.
Summer in Italy is the busiest time of year, and you don’t have to be a travel expert to know that. The months that bookend summer on either side also tend to be quite busy, and the prices are still at high-season levels for the most part. So although May and September are both delightful times to be in Italy, you’re likely to find they don’t afford much of a break in terms of travel expenses. (The crowds might be slightly smaller, however.)
In order to really get the best deals on your trip, you’ve got to be prepared to visit when the weather isn’t necessarily going to be ideal. It’s not known as the “low season” or the “off season” for nothing, after all. The best bargains on Italy travel tend to be from November through February, when flights to Europe are at their cheapest and there are more cheap flights to Rome (among other Italian cities) to choose from.
Accommodation is cheaper in Italy from November-February, too, although in some cities you’ll find that the variety on budget-friendly accommodation dwindles in the low season. In Venice, for instance, there are a couple hostels that close up shop for the winter. Rome doesn’t have that issue, as it’s more popular year-round with budget travelers, so you’ll find that there’s a good number of places to choose from no matter when you visit – whether you’re looking for the best hostels in Rome or searching for cheap hotel rooms in Rome.
It should be noted that during the months of November-February, although most of that time is considered Italy’s low season, the holidays in Italy are a big enough deal that rates on hotels and hostels in particular tend to go up. Experiencing the Christmas season in Italy is something to behold, but if you’re more of a bargain hunter than a holiday-lover you’ll want to steer clear of the holiday season in Italy for your trip.
Here are a few more resources to help you plan your off-season trip to Italy: