Train Tickets vs. Train Reservations in Italy: What's the difference?

ShowBookingWidget();
There’s some understandable confusion among many travelers in Italy whenever I say that train tickets are not the same thing as reservations, so I thought I’d take a moment to try to explain this in a bit more detail.

What is a train ticket in Italy?

When you purchase a train ticket in Italy, that means you’ve paid for the ability to travel between two cities, but there’s no date or time attached to that ticket. If you routinely made the same train journey in Italy you could, for instance, buy a few tickets for that route in one transaction but use them over the course of a few weeks – but those tickets don’t mean you’ve got a seat on a train. Should you board the train one day and all the seats are taken, you’ll be standing for the duration of the trip.

What is a train reservation in Italy?

Do all train tickets require reservations? 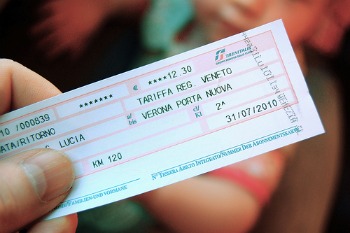 How can I tell which trains require reservations?

There’s an R symbol on Italian train schedules that indicates which trains require reservations, but in general it’s safe to assume that any high-speed train (including the Alta Velocita and Eurostar trains), any overnight train, any train that travels from one country to another, and just about any long-distance train will require a reservation. It’s also a good idea to buy reservations on popular routes during the high season or over Italian holiday weekends when the locals are booking train trips, too.

How does an Italy Rail Pass figure into this equation?

Here are a few other train-related articles that may help you in your trip planning: