Tourist scams are probably about as old as tourism, and it seems there are new ones popping up every day. Italy doesn’t have as many well-known scams as some other countries, but it definitely has some potential pitfalls of which tourists should be aware. Here are the main ones to know about – if you’ve heard of or experienced others, please let me know in the comments!
>> Get a quote on travel insurance before your trip to Italy 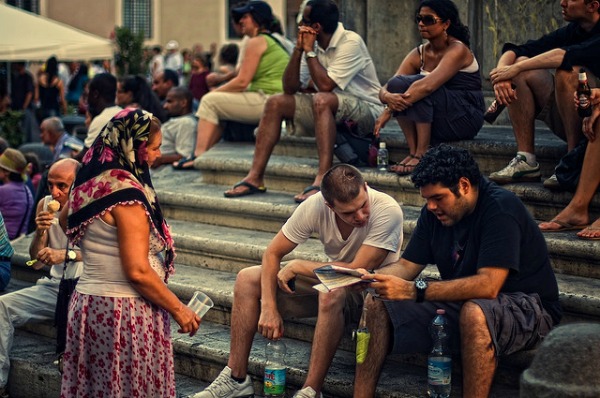 This is perhaps the most commonly talked-of “scam” in Italy – or at least it used to be. Tourists in the major cities (especially Rome) would be warned to keep an eye out for the groups of “gypsy” beggars outside tourist attractions – usually the groups were made up of a woman carrying a baby, accompanied by a number of small children. They would reportedly crowd around people, some serving to distract them from their belongings by asking for money while another plucked a wallet from a pocket or purse or a camera from a backpack. This kind of “scam” isn’t unique to Italy, of course, but it was particularly noted around the Colosseum for many years. In 2000, the city swept most of that clean for the Jubilee Year, and in my visits since I’ve seen very little of the “gypsy” groups – but it’s always something to be aware of just in case. And really, if you’re ever in a crowd you should be even more careful about your belongings than you usually are. 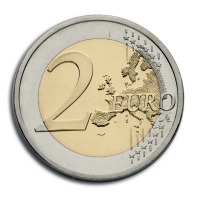 Old 500-lira coins on the left, new 2-euro coin on the right
Italy has been using the euro for more than a decade now, and I’m not sure this scam is as common as it used to be, but it never hurts to be aware of it. The old Italian currency, the lire, had a couple of coins that – to the unsuspecting – resemble modern euro coins. The issue, of course, is that lire coins are worth nothing today, while euro coins have actual value. Familiarize yourself with the look of the big euro coins so you can more easily spot a lira if you see it. And don’t be afraid to count your change carefully before leaving a shop or market stall. You don’t have to clog up the whole line, you can step to the side and count your money before moving on. 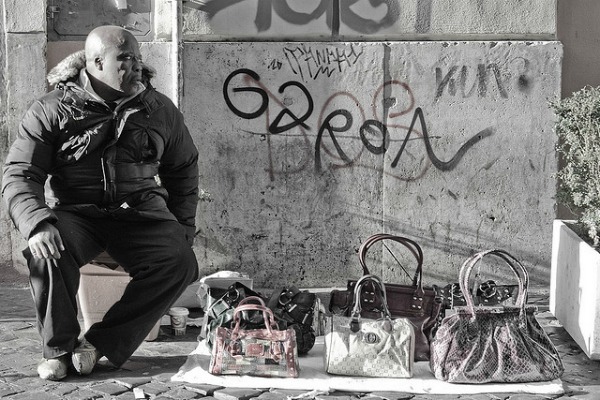 Again, this isn’t a “scam” that’s unique to Italy, as you’ll see guys selling designer knock-offs in just about any big city around the world – spread out on sheets on a sidewalk, they’re able to bundle everything up at a moment’s notice in case a police officer comes by. The bags aren’t good quality, of course, but they’re cheap – and that’s always appealing. The fact that the sellers are ready to move the second a police officer is around should give you an idea of the legality of the operation, but in Italy the buyers can get in trouble, too. If you buy a fake designer bag on the street and get caught, you could be fined as much as €10,000. I don’t know about you, but I’m not sure any designer knock-off is worth that risk. 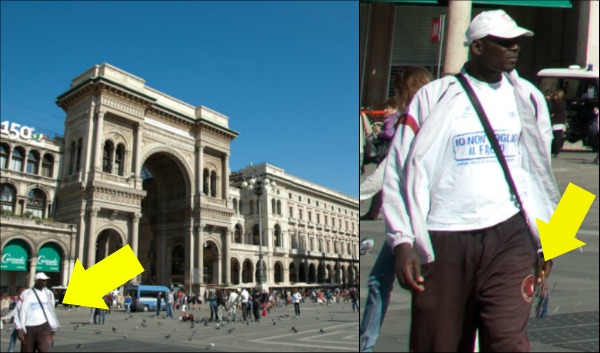 This is another thing you’re only really going to see in big cities or around major tourist attractions. You’ll see guys loitering in public squares with handfuls of braided bracelets, and if you get close to them and are moving slowely they’ll walk up and try to get you to buy one – by tying it directly to your wrist. It’s hard to walk away gracefully from a pushy salesman when you’ve got what he’s trying to sell on your arm, so the best thing you can do to avoid this altogether is look around before you stop to read a passage from a guidebook or snap some photos. And if someone approaches you with a bracelet aimed at your arm, walk quickly in the other direction. 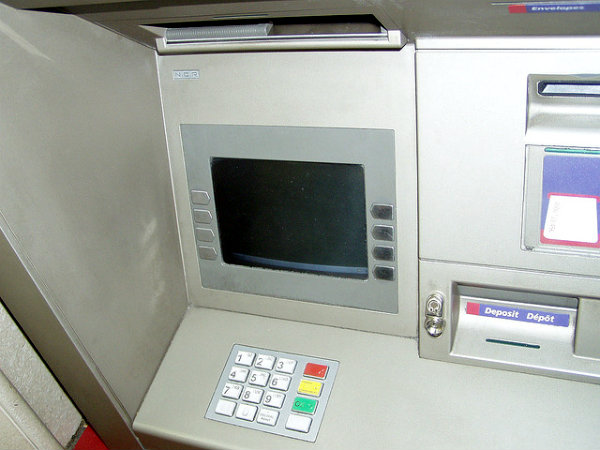 This isn’t unique to Italy, but I’ve heard from people in various parts of the country (including a few Italians who live there!) who have had their cards “skimmed” when they used bank machines – so it’s definitely worth being aware of. Skimmers are basically devices that are attached to card readers (most often at outdoor bank machines) that, in one way or another, “read” your card’s information and allow the thief to “see” your PIN, so even if they don’t have your physical card they’re able to make transactions with the information later. Skimmers can be really hard to spot, especially if you’re already in a foreign country and not accustomed to what the bank machines look like, so it pays to be extra-alert when withdrawing money.
>> For more information on ATM skimmers, including photos of how they work and some examples of skimmers to look out for, see this article: ATM Skimmers: What They Are, How to Spot Them, How to Protect Yourself 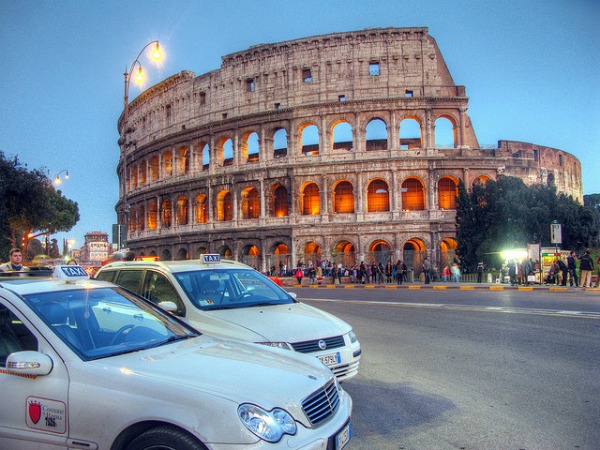 Taxi drivers in Italy – particularly in Rome and Naples – have had plenty of ink spilled on their behalf, usually because they’re ripping off tourists (or tourists think they’re getting ripped off). Certainly, there are unscrupulous taxi drivers in Naples, Rome, and other Italian cities – just as there are in other parts of the world. Things have gotten better in recent years with things like fixed fares to/from airports, but it’s still possible to get overcharged for a taxi ride. Some of the things you can do to avoid getting ripped off by a taxi are:

photos: beggar by The Wolf, bag seller by batintherain, bracelet seller by Paul and Jill, ATM by m.gifford, Rome taxis by rmlowe