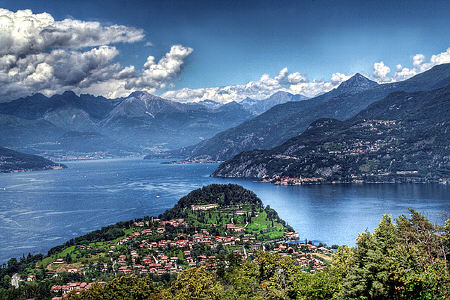 Lake Como, or Lago di Como in Italian, is undoubtedly Italy’s most popular lake – and it’s held that title since long before the exceptionally hunky Mr. George Clooney bought his house on the shore of the lake. In fact, although there are plenty of people each year who flock to Lake Como in the hopes of getting a glimpse of George (or one of the lake’s many other famous residents), the lakeside towns can’t blame their overflowing feeling on the local celebrities. Summers on Lago di Como have seen congested roads and tourist hordes for decades.

It stands to reason that if so many people are heading for Lake Como, there must be something there worth heading for, right? The answer is a resounding yes. There are lots of reasons Lago di Como is incredibly popular, not least being its stunning views and gorgeous water. The towns which dot the lake’s shores are picturesque and charming, and each one of them feels like it could be home to any number of the rich and famous set. Summers find these towns brimming with not only overseas visitors but also floods of tourists from northern Europe, particularly Germany and the United Kingdom, while weekends throughout the year tend to be when residents of nearby Milan take the time to get out of the smog-filled city. In other words, while the winters are certainly slower, there isn’t really a time of year when Lago di Como is deserted. 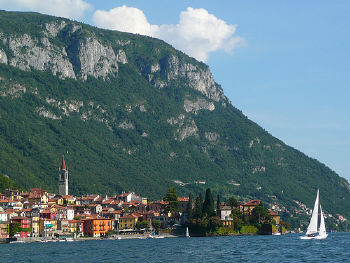 Of course, lots of savvy travelers read about the crowds and take that as an invitation to avoid the lake altogether. This is a reasonable reaction, and while the crowds will be big enough for some people to never make the journey to Lake Como, it’s really a shame to never lay eyes on it. So if you’re one of those people who’d like to take in the natural breath-taking beauty of Lago di Como without getting swallowed alive by big bus day-trippers, I’ve got some budget hints for you below so that you can still make the trip without needing a trust fund to do it.

Lake Como is easily identified on maps of Italy by its shape. You’ll find it in Italy’s North, in a part of the Lombardy (Lombardia) region that’s known as Italy’s lake district, and it looks roughly like an upside-down “Y.” It’s the third-largest lake in the country, behind Lake Garda and Lake Maggiore, and although it’s narrow enough that you can see across it easily it is one of Europe’s deepest lakes. Lago di Como has glacial origins, and it’s known as a pre-Alpine lake because of its location nestled among the pre-Alps.

These are some of the better-known towns on Lake Como: 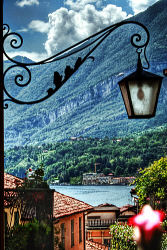 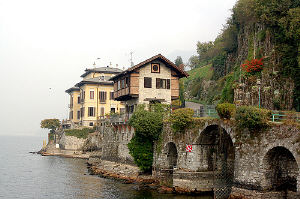 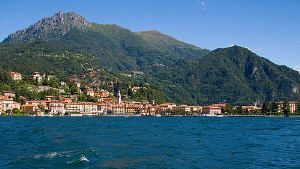 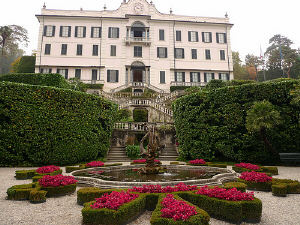 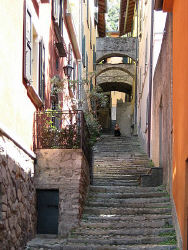 Now, for those of you who are – like me – unwilling to fork over all of my hard-earned money for one night in a luxury lakeside villa, but who don’t want to forgo the pleasure of visiting the lake, there are a few things you’ll want to think about. 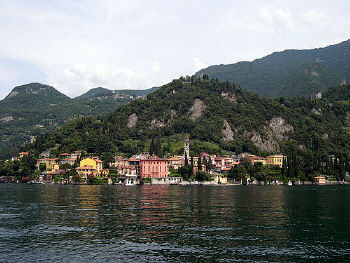 >> Check out some of the hotels on Lake Como and find deals on the hotels in lesser known towns around the lake!