Florence is one of the cities where gelato is known for being above-average – so it’s fitting that it’s one of the cities in Italy that now hosts its own gelato festival. Although the festival is relatively new on the Italian festivals calendar, it’s likely to become a favorite quickly.
Longtime traveler in Italy, Margaret Cowan, attended the Florence Gelato Festival in 2010 and wanted to share some of her experiences – and photos – with WhyGo Italy readers. Thanks, Margaret!
If you’re interested in checking the festival out, there’s a link to the festival site toward the end of this article. Florence’s Gelato Festival is generally at the end of May every year – in 2011 it’s from May 25-29.
[portfolio_slideshow timeout=7000 exclude=”9825″]

Is gelato your favourite food? Yes? Head straight to Florence May 25-29, 2011 for the Florence Gelato Festival. Last year I blissfully ate my way through it.
Piazza Pitti and Piazza della Repubblica turn into giant gelato grazing grounds. At the information stands in these two piazzas, buy a Firenze Gelato Festival card at 7€ for five tastings and pick up the detailed festival program that includes participating gelaterias throughout the city.
The Artisan Gelato Village takes over Piazza Pitti. In front of the imposing, 15th century Palazzo Pitti, under a big tent, gelato masters from all over Italy dish out samples of their cool creations and show you how they make gelato. Last year one stand featured five kinds of chocolate ice cream like a spiced chocolate one with cinnamon, ginger and liquorice! Stands open daily from noon to midnight.
Gelato in hand, stroll about 10 minutes from Piazza Pitti, across Ponte Vecchio to Piazza della Repubblica. In the Industrial Gelato Village, the Sammontana company shows you secrets behind commercially made gelato and brings a surprise twist to this year’s gelatos to honour the Italian republic’s 150th anniversary.
Last year, outdoors in Piazza della Repubblica, I watched chefs make easy gelato desserts with beautiful presentations. They invited the audience to help. One dessert had layers of cut up purple grapes and fresh mint all marinated in lemon juice, whipped cream, and lemon and strawberry gelatos with fresh mint on top. The detailed 2011 program will come out soon. The festival’s site mentions only workshops and entertainment in the piazza.
Many gelaterias throughout Florence accept festival tasting tickets for whatever gelato you crave. Last year at Perche No (Why Not), I lapped up a delicate rose gelato and a yummy rum and raisin ice cream full of raisins soaked in rum.
Instructors from the Carpigiani University’s Gelato School near Bologna show how they make gelato and tell you about their gelato school for future gelateria owners. This year they’ll help you create your own gelato flavour. Location to be announced.
The festival also includes workshops for kids and adults, gelato happy hours, cocktails based on gelato at some bars and music. The site at www.firenzegelatofestival.it and all talks are in Italian only.
What a delicious opportunity to learn more about your favourite food and eat it all day long, guilt free, for five days in Florence!
photos in the slideshow are all courtesy of Margaret Cowan and may not be used without permission – except for the festival logo and the photo of the festival tent in front of the Duomo, which is from the festival website 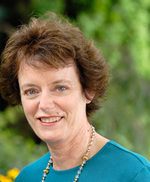 About the Author:
Margaret Cowan of Vancouver, BC fell in love with Italy as a backpacker traveler in 1972. She lived in Florence and Amalfi Coast for three years, has been to Italy countless times and now goes there twice a year.
In 1995 she opened her Italy cooking tour company, Mama Margaret & Friends Cooking Adventures in Italy which offers cooking and wine tours, many with walks, in Piedmont, Tuscany, Emilia-Romagna, Sorrento/Amalfi Coast and Sicily.
She’s also the author of the out of print book, “Your Guide to 133 Decadent Cooking Holidays in Italy,” an e-book, “107 Italy Travel Tips For Food Lovers,” and many articles about Italy online and offline.