Right behind St. Mark’s Basilica in terms of actual attractions worth visiting in Venice is the Doge’s Palace. And, as if to further illustrate this point, the palace is also next to (and kind of behind) the Basilica. 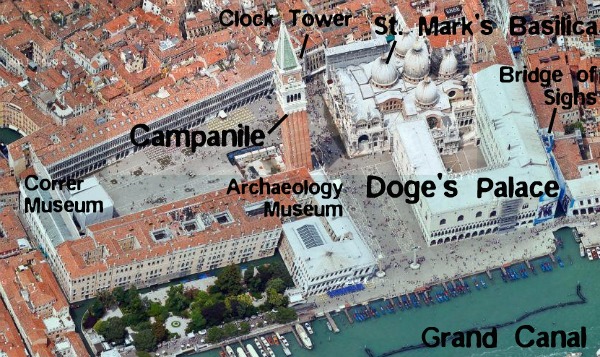 The Doge’s Palace, or “Palazzo Ducale” in Italian, is the former home of Venice’s rulers, the Doges (or Dukes). Back when Venice was the an important port city and the heart of a powerful city-state, the people who governed the city lived in and ruled from these rooms. The palace also housed the city’s court, and convicted prisoners would take a one-way trip across a tiny bridge into the prison in a building across a tiny canal. The current Palazzo Ducale dates from the early 14th century, though it rests on the site of prior fortified buildings. The palazzo is prominently visible from the Grand Canal. 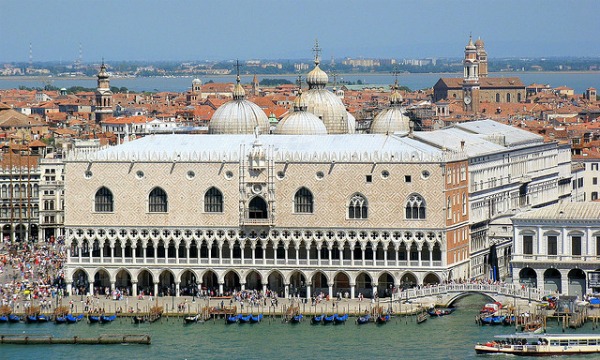 Touring the interior of the Doge’s Palace gives you a glimpse of how well the ruling class lived in Venice when this city was so important. You’ll see the inner courtyard with its grand staircase (Doges used to make visiting dignitaries meet them at the bottom of the stairs as the Venetian ruler descended from the top, further emphasizing his importance), and notice that the palace essentially shares structural walls with the Basilica next door. In fact, there was even a passage directly from the Palazzo Ducale into St. Mark’s, for use back when it was the private church of the ruling families. 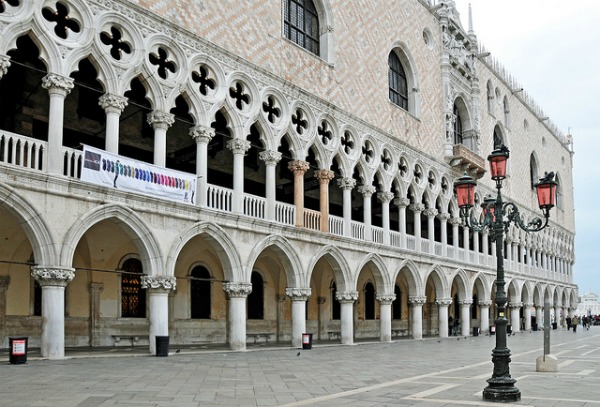 There are two major highlights on a tour of the Palazzo Ducale. One is the truly massive painting of “Paradise” by Tintoretto which covers one gigantic wall in the Council Hall. This room once served as the meeting place for as many as 2,000 council members, and Tintoretto’s painting has the distinction of being the largest oil painting on earth. 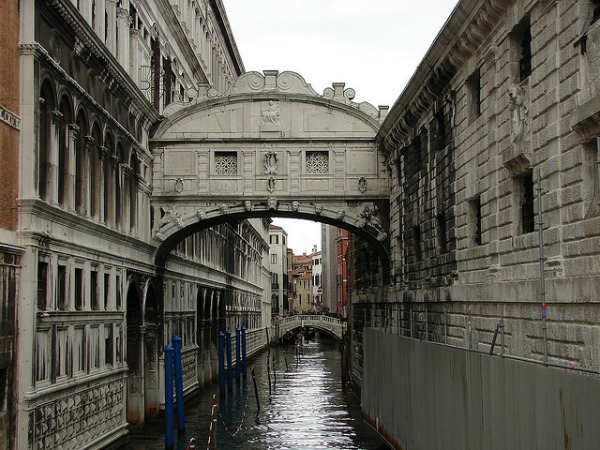 The other highlight is walking across the famous Bridge of Sighs – the only way you’ll get to walk through this passageway is by going on the tour of the Doge’s Palace. This tiny bridge connects the palace with the prison, and the bridge leads from what was once the court room directly into the prison. The Bridge of Sighs got its name for the sighs prisoners would emit upon seeing their beloved city through the bridge’s tiny windows for the last time before descending into the window-less dungeons. Many never saw daylight again. You can also tour the prison after walking across the Bridge of Sighs. 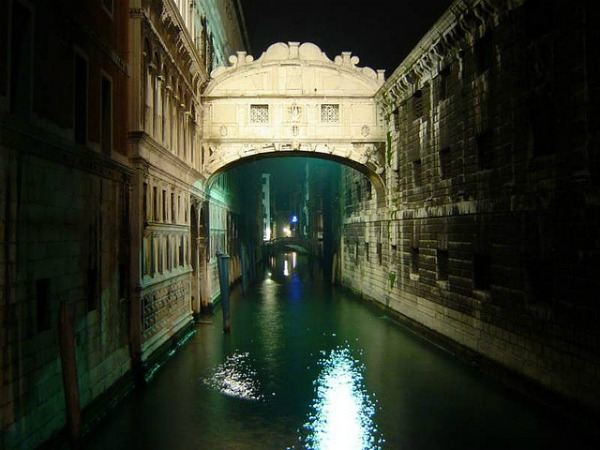 Admission:
€14 full price, €8 reduced price (EU citizens aged 6-14, or over 65; EU students aged 15-29) – children under 5, disabled people and their helpers, and residents of Venice are free. There are reduced rates for groups or families, so be sure to check at the ticket booth.

>> Don’t forget to check out the various Venice Discount Cards to see whether you could save money by using one – the Doge’s Palace is included on several of the cards.

You can also opt to book what’s called a “Secret Itineraries” tour of the Doge’s Palace, which includes the sights on the main tour but adds several parts of the palace that aren’t on the main tour. Both tour options include the Bridge of Sighs.