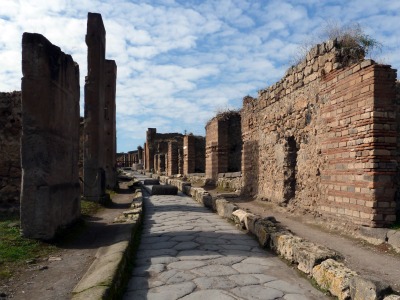 Since the Roman ruins around Naples are in the news again recently due to the collapse of one of Pompeii buildings, and since I just visited both Pompeii and Herculaneum on my recent trip to Italy, I thought I’d go over what it takes to do a DIY tour of both sites in a day. There are many tours you can sign up for that include one or both of the archeaological sites (some of them even include a short hike around Mt. Vesuvius), but if you’d prefer to organize your own trip these are the things you should know.
First off, I highly recommend that you read the overviews of both sites written by my friend and former Naples resident Karen Landes – they’re full of visitor’s tips as well as information on how to get to each site and what not to miss.

Second, the assumption I’m making here is that you’re using Naples as a home-base from which to explore Pompeii and Herculaneum. There are other places you can use (Salerno is another popular one), but Naples makes the most sense for a number of reasons. It’s close to both sites and has excellent public transport that will carry you to all the places you need to go, and it’s also where the country’s top archaeological museum – the one with all the mosaics, frescoes and statues they removed from Pompeii and Herculaneum – happens to be. A visit to the museum after a day spent walking around Pompeii and Herculaneum will give you even greater appreciation for the artistic skills of the Romans – not to mention the preservative powers of volcanic ash and mud.

How to Do a DIY Tour of Pompeii and Herculaneum 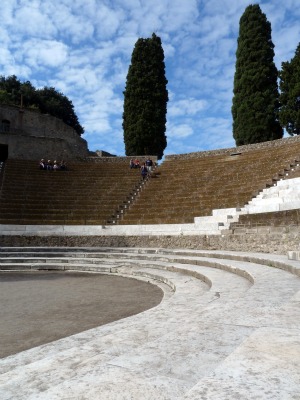 You don’t have to plan this down to the nanosecond, but before departing on your day out have a general idea of when the trains run so you can maximize your time at the sites and not waiting on train platforms. You can also do the sites in any order, but since Pompeii is so much larger than Herculaneum I think it makes sense to visit Pompeii first, for the following reasons:

The one downside to visiting Pompeii first thing in the morning is that’s when most of the tour groups show up, too, so you may be fighting the crowds a little bit at the entrance when you first arrive. But Pompeii is so vast that it’s unlikely you’ll be troubled by crowds for long – especially if you’re not following the same tour route as everyone else.
The schedule I followed, and that I’m discussing below, is: Pompeii in the morning, followed by a lunch break near Pompeii, and an afternoon visit to Herculaneum.

How to Get to Pompeii from Naples 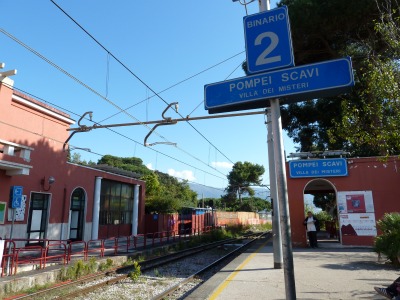 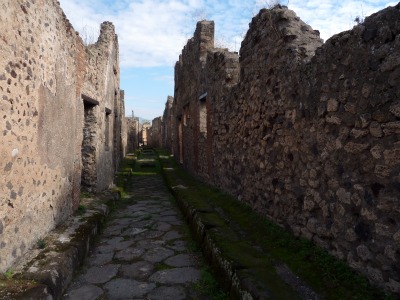 How to Get a Good Lunch After Visiting Pompeii 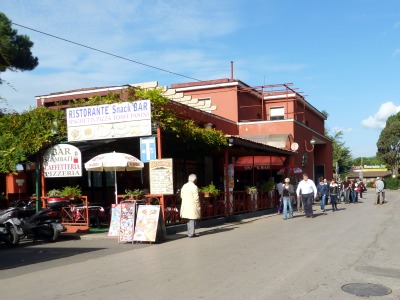 Walking to and from the train station to the Pompeii entrance, you have to run the gauntlet of food and tchotchke hucksters – and it doesn’t require a degree in hospitality to know that the stuff they’re selling isn’t going to be cheap. Not only that, the food will be decidedly meh. You can certainly bring a picnic lunch and enjoy it sitting on an ancient Roman curb somewhere within Pompeii, but if you don’t want to tote your whole lunch with you and you’d still like to avoid paying too much for a crummy meal just because it’s close by, the solution is simple.
On my recent visit, I wasn’t hungry enough to be desperate when I left Pompeii, so I just started walking. Within a few minutes I was outside the tourist circle, and within 10 minutes I was inside a sort of pizzeria/deli full of locals where I ordered a sandwich the size of my head plus three beverages for a grand total of €6. It’s only in consulting Google Maps now that I’m able to figure out where I was – turns out I had walked in the opposite direction from modern-day central Pompei, and was partway to nearby Torre Annunziata – but the point is that it only took a few minutes of walking along a main road away from the Pompeii entrance to find a place to get a really good meal for a fraction of what it would have cost to eat right outside the excavations.
Should you decide to go wandering a bit in search of more lunch options, I do recommend having a better map of the area than just the map of the Pompeii excavations themselves so you know how to get back to the train station for the trip to Herculaneum. I ended up having to stop into a tourist information office (thankfully it was open) to get walking directions back where I needed to go.

How to Get to Herculaneum from Pompeii 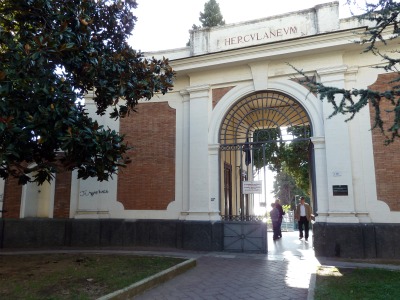 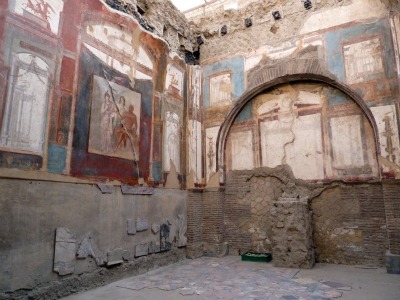 How to Get from Herculaneum to Naples 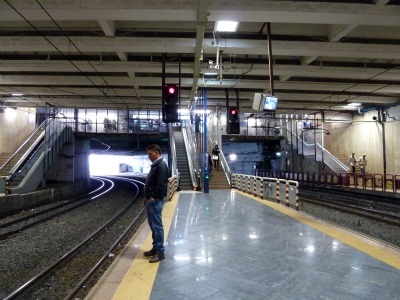