Rome Hotel Tax: What it Costs & How to Avoid It

You may have heard through the grapevine about Rome’s new hotel tax, approved in late December 2010 and scheduled to begin January 2011. Now that we’re a few days into 2011 and the tax is officially on the books, I wanted to make sure travelers in Rome know what the hotel tax is all about – what it will cost you, what it pays for, and how to avoid it. 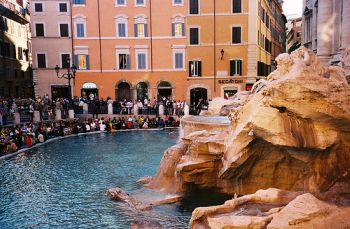 The new Rome hotel tax is based on how many stars a hotel has – more stars mean higher taxes. It’s calculated in euro, obviously, so the amount you’ll pay in your home currency will vary depending on the exchange rate when you visit Rome, but here’s the breakdown of what the hotel tax is in euro:

A few important notes about the Rome hotel tax:

* Note that while hostels are technically exempt from the Rome tax under the law, there are very few “official” hostels in Rome. Because the registration system is so convoluted, most hostels (which are hostels in every way that we think of hostels) aren’t registered as “hostels” with the city of Rome. They are, instead, often registered as B&Bs or as room rentals – which, as you’ll note on the list above, means they’re charging €2 per person per night. You can ask when you’re booking your bed whether the hostel is registered with the city as a hostel, but if they’re charging you a per person/per night tax then that will be a good indication that they’re not. Thanks to reader Sam for alerting me to this, and to Linda & Steve of The Beehive hotel in Rome for helping me clear through the confusion.

What the Rome Hotel Tax Pays For 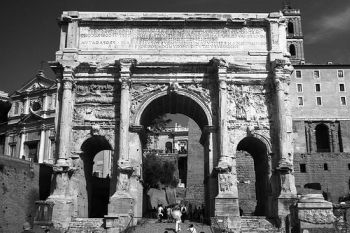 A city councilor in Rome didn’t do himself or his city any favors by stating outright that “in order for the city of Rome not to tax Romans, we have decided to tax the tourists” – tourists already spend millions traveling in Italy, so it’s not unreasonable to feel put upon by this additional tax even without this kind of careless statement.
But if we can set aside the city councilor’s ineptitude for a moment, it’s important to know what the money generated from this new tax will pay for.
Many of the ancient and famous monuments that draw visitors to Rome in the first place are in dire need of repair work. The Italian government either doesn’t have the funds or has proven to be unable (or unwilling?) to take the necessary steps to keep these monuments from falling apart completely – one needs only remember the recent collapses at Pompeii to see evidence of that.
Rather than rely entirely on the Italian government, therefore, the city of Rome is taking matters into its own hands. The money that comes from this new hotel tax is intended to pay for repairs and restoration of the city’s ancient monuments. And since these are the very same monuments that are most often visited by tourists in Rome, it’s not outrageous to think we would help pay for their renovations.
Of course, the enormous question that remains to be answered is whether the money will go toward what it’s meant to – and you don’t need to be an expert in Italian government matters to know that’s a very big “if,” indeed. Additionally, one could argue that monuments in need of repair could just raise their own ticket prices so the connection between money raised and what it’s for would be more clear.
But since I’m not on the Rome city council and I suspect you aren’t either, we’re stuck with the hotel tax they implemented. Now we just need to figure out how to keep this additional expense from bursting our travel budgets. Which brings me to… 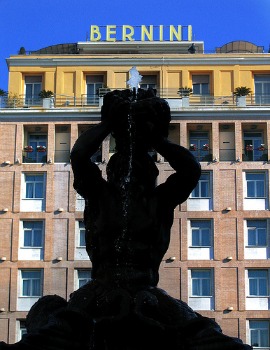 If you’re planning to visit Rome and you don’t have kindly relatives or friends on whose sofa you can crash, you’re going to be facing the addition of the new Rome hotel tax to your accommodation bill. There are a few things you can do, however, to keep from paying the highest tax rates.

Further reading about accommodation in Rome: