Search here for great deals on cheap airfare to Catania 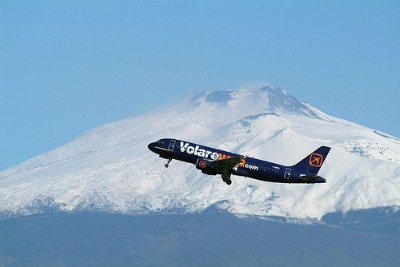 When you’re looking into the options for flying to Sicily, the first city you might think of to look at is Palermo – but although Palermo is the island’s largest city it’s only the second-busiest airport. The city of Catania is where you’ll find the biggest and busiest international airport in Sicily.

The city of Catania is on the eastern coast of Sicily, just south of Mt. Etna, and is Sicily’s second-largest city. Since it’s almost always easier to see the sights on the island of Sicily by renting a car and driving yourself around, it’s not necessarily as critical to fly into the biggest city in Sicily. There are rail lines connecting the biggest cities on the island, to be sure, but by flying into the Catania Airport you can still more easily visit the biggest attractions in Sicily with a car.

The airport in Catania is called Catania-Fontanarossa Airport (CTA), although it’s sometimes called the Vincenzo Bellini Airport (the Italian composer was born in Catania). The airport is less than three miles from the city of Catania, making it a quick trip either way.

As a huge bonus, since Catania is so close to Mt. Etna – Europe’s tallest active volcano – you’re apt to get some pretty amazing views flying in or out of Catania-Fontanarossa Airport (as is shown by the picture above).

There are shuttles that connect the Catania Airport with the city’s train station as well as buses to other destinations on the island, or you can rent a car at the airport from the long list of car rental companies with desks at the airport.

There are several major airlines that fly to Catania, as well as many budget carriers, so you have many options for finding Sicily flights – it just depends where you’re coming from. The major airlines serving Catania include Alitalia, British Airways, and Lufthansa.

>> Find out what budget airlines fly to Catania

How to Find Cheap Airfare to Catania

Airfare to Italy is routinely the biggest expense of any Italian vacation, and if you’ve done your homework you know that flying to Italy is often more expensive than flying to other countries in Western Europe. So finding cheap flights is an important step to traveling in Italy on a budget.

Here are some tips to help you find cheap flights to Catania.