Search here for great deals on cheap airfare to Florence 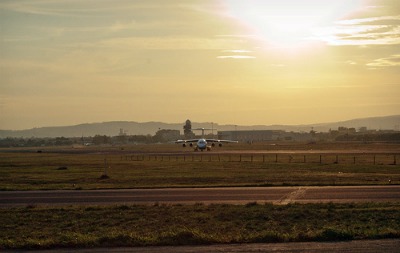 For many, a trip to Florence is the entire point of a trip to Italy. The city that gave birth to the Renaissance has no shortage of attractions, and it’s an ideal home base for exploring much of Tuscany, too. What you might be surprised by, however, is that Florence – despite being the capital of Tuscany – isn’t home to the region’s busiest airport. That distinction belongs to Pisa. There is an airport in Florence, though, and if you’re researching all avenues for cheap flights then it makes sense to check out any airports in the area.

While Tuscany’s main international gateway is in nearby Pisa, the airport in Florence can be an option depending on where you’re flying from. There are some airlines that serve Florence and not Pisa, so that gives you a few more options for flying into Tuscany from your pre-Italy layover city.

Florence’s airport goes by a few names – you might hear it referenced as Amerigo Vespucci Airport, Peretola Airport, or simply Florence Airport (FLR). While the airport is physically in a nearby town called Sesto Fiorentino, it’s less than 3 miles from Florence so it’s very easy to get back and forth.

There isn’t train service to and from Florence’s airport, but by bus it’s only a 15-20 minute trip to or from the city center. The bus stop is at the central station in Florence, which is within easy walking distance of the historic center – or you can hop on a train and get to wherever else you’re going. There are also several car rental companies at the airport, if you’ll be driving into the countryside straight away – it’s not advisable to rent a car at the airport just to drive into Florence’s city center, however.

Air France, Alitalia, and Lufthansa serve the Florence airport, but most of the airlines flying to and from Florence are smaller budget carriers. Assuming your flight plan would include a layover between your home airport and Florence, you might check to see whether switching to a budget carrier might save you some money.

>> Find out what budget airlines fly to Florence

How to Find Cheap Airfare to Florence

If you’ve ever gone on the hunt for cheap airfare to Italy, you know that it can often be harder to find than good deals on flights to other European countries. The best deals are usually into the major airports in Rome and Milan – but what if your trip doesn’t include either of those cities? Flying directly to Florence isn’t likely to be cheaper than flying to Rome or Milan, but it doesn’t have to cost a fortune, either.

Here are some tips to help you find cheap flights to Florence.