Search here for great deals on cheap airfare to Tuscany 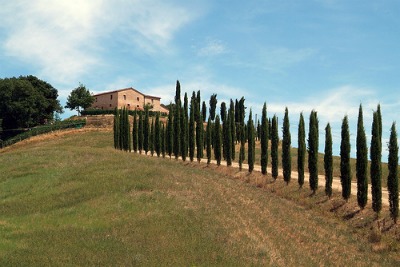 You may not know the names for all 20 Italian regions, but chances are very good you know Tuscany. It’s easily one of Italy’s most popular travel destinations, and although it’s not home to any of the primary international gateway airports for the country there are some airports in Tuscany that can be very handy.

Tuscany’s airports are, to be sure, smaller than the main airports in Italy, so finding cheap flights directly to Tuscany can be a challenge. But flying into smaller airports helps you avoid the chaos of enormous passport check and customs lines, not to mention fewer people huddling around at baggage claim. Getting in and out of smaller airports is almost always less of a hassle.

Whereas the big airports in Milan and Rome are an hour’s journey outside the cities, the main airports in Tuscany are a few short miles from the cities they serve, which makes them appealing for another reason – it’s an incredibly quick trip from airport to destination, which means you get to start your vacation sooner.

Florence might be the capital and largest city in Tuscany, but it’s not home to the region’s main airport. The primary Tuscan airport is actually in Pisa, but don’t let that discourage you from checking out airfare into both cities. It’s also important to note that getting back and forth between Pisa and Florence is very easy, so even if you really want to be in Florence you can get there directly from the Pisa airport by either bus or train.

The following articles have more details on finding cheap flights to each of these airports, so be sure to check out both for more information.

The list of airlines serving Florence is smaller than those serving Pisa, but the overlap isn’t 100% so there will be some offers at one that you won’t find at the other (and vice versa). Most of the airlines flying into both airports are smaller and low-cost airlines, so here are some articles to help you find the budget airlines that fly into Tuscany as well as figure out the best way to take advantage of those discount carriers.

Here are some other articles to help you plan your trip to Tuscany.