Finding the Hostels in Milan 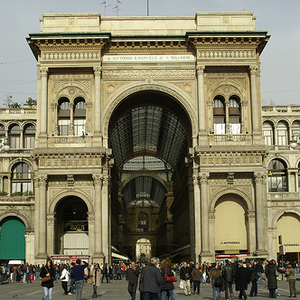 Milan is known neither as a budget travel destination nor a hostel hotspot. But believe it or not, there are a few hostels in Milan. These are ideal if you’re flying in or out of Milan for your Italy vacation but don’t want to spend a fortune on a hotel the night you arrive or before you fly out, or if you want to see Milan’s sights but can’t afford the expense of a business hotel.
As you might expect, these Milan hostels aren’t exactly right around the corner from the Duomo – but as long as you’re within a short walk of a Milan Metro station or bus/tram stop, you’ll be able to get around the city easily and cheaply. And if you’re in Milan to see a soccer game or a concert at the famous San Siro stadium, there are even a couple hostels that aren’t terribly far from San Siro. The other two hostels listed below are handy for anyone either arriving in Milan late or wanting to get out early – they’re a short walk or Metro ride from the main train station, Stazione Centrale.
Below, you’ll see a map of Milan with the Duomo and hostels marked on it. You can get more information about each hostel by clicking on the green hostel icon on the map, or by scrolling down to see the brief descriptions underneath the map.
>> And if you want a few more options, here are some of the budget hotels in Milan.

Hostels in Milan Near the Train Station

Cityhotel Central Station
Via Giovanni Battista Sammarti 15 – 20124 Milan
The Cityhotel Central Station hostel is located right next to the Stazione Centrale in Milan, making it easy to get in and out of the city via the biggest rail hub. It’s listed as a 1-star hotel, but it does offer shared rooms in addition to private ones, so it also qualifies as a hostel.
Linens and towels are included with the price, and there’s no curfew. Breakfast isn’t included. Internet and WiFi are available at the hotel for a fee, and WiFi is even available in the rooms. Not all rooms have private bathrooms.
>> Book Cityhotel Central Station in Milan
Sweet Hostel
Viale Monza 111 – 20127 Milan
The Sweet Hostel is located a further down the rail line from Centrale station, but if you don’t want to be right next to the station but still within easy reach of it this might work for you. They say they’re a 12-minute walk from Stazione Centrale.
Linens, towels, and even breakfast are provided for free, and there’s no curfew at this hostel. The rooms are also air conditioned, and WiFi & internet access are avaialble, too.
>> Book Sweet Hostel in Milan

Hostels in Milan Near San Siro

Milan Hostel Emmy
Via Fra Galgario 4 – 20146 Milan
The Milan Hostel Emmy is located just to the southeast of San Siro, with a Metro station on the red line a short 30 meters from the hostel’s front door. There are only 10 rooms in the hostel, and most of them are private rooms – but the quad room is sold by the bed rather than the entire room.
Linens, towels, and breakfast are included for free, and WiFi access is available in the hostel. Twice a week the owners of the hostel prepare a special dinner for their guests, so be sure to ask if that’s happening while you’re staying. There’s no curfew at the hostel, and there are guest laundry facilities for your use.
>> Book Milan Hostel Emmy
Hostel HI Piero Rotta
Via Salmoiraghi 1 – 20148 Milan
The Hostel HI Piero Rotta is the only official Hostelling International hostel in Milan. It’s located sort of northeast of San Siro and the adjacent Ippodromo. This place has a grand total of 376 beds available, with rooms as small as two beds and others with 6+ beds per room.
Linens are included in the price, as is breakfast, but towels are available for rent. There are guest laundry facilities and internet access is avaialble. There’s no curfew, but there is a midday lockout period for cleaning. If you’re not an HI member, you’ll pay a small additional fee per night.
>> Book Hostel HI Piero Rotta in Milan
photo at the top by Jessica Spiegel