Soccer in Italy is more than just a game, it’s a passion. (If you’re thinking that Italians treat everything with passion – from food to wine to cars to fashion – you’re right. It’s one of Italy’s charms. Really.) People are fiercely loyal to their local soccer club, and that loyalty is only put on hold when the Italian national team is playing. For sports fans, seeing a soccer game in Italy is an important part of getting to know the culture; and even for people who are only marginally interested in soccer, it can be a great experience. 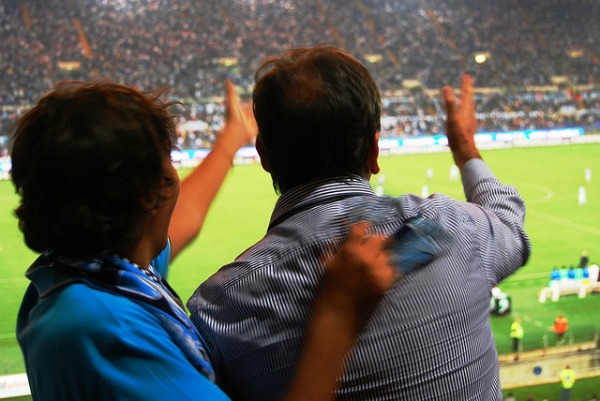 The top league in Italian soccer – called “calcio” in Italian, and “football” pretty much everywhere in the world except the USA – is called Serie A (pronounced SEH-ree-eh AH). At the moment it’s officially called Serie A TIM for sponsorship reasons – TIM is the initials of an Italian telecom company – but it’s most commonly referred to simply as Serie A. There are twenty teams in this league, and the teams included can change season to season – the teams on the lowest end of the points system can get relegated to Serie B (one step down) and Serie B teams can get moved up. Generally speaking, however, the top teams in Serie A are consistent from year to year. Inter Milan carries the distinction of being the only team left in Serie A to have never been relegated.

As of the 2011-2012 season, the Serie A teams are (the city and region they’re based in is in parentheses, and the links are for English-language blogs devoted to each team): 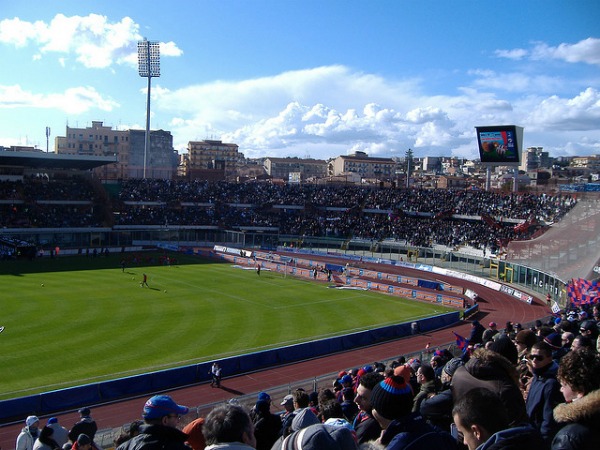 There are lower levels of play in Italian soccer, too, from Serie B through D to several levels below that, so if the ticket prices for a Serie A game are too dear on your travel budget, ask around for another place you can catch a soccer game.

The soccer season runs roughly from August through May, so if your visit to Italy falls during this time you may want to look into the schedules of the teams in the towns you’ll be visiting. Here’s the official site of the Italy’s top soccer league, the Serie A – other leagueshave their own separate sites (Serie B, Serie C). To see the current Serie A calendar, click on the official calendar page and then choose the icon of the team whose schedule you’d like to review.

>> See this tutorial about how to read an Italian soccer schedule if you’re confused, like I was!

>> And to learn a little bit about what the heck they’re talking about, this comprehensive Italian soccer vocabulary list is fabulous. 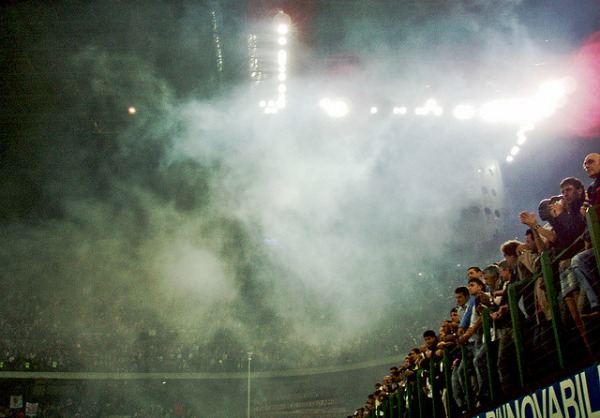 Be advised that if you have a liking for a particular squad and you happen to be in a position to catch them at an away game you’ll want to be careful about parading around town wearing the colors of any but the local squad. In some stadiums, opposing fans are all made to sit together and are protected as they enter and leave from the home team’s fans. Yes, this is serious business – it’s not a bad idea to ask around before you dive in.

For more information about catching a soccer game in Italy, be sure to read my post about seeing a soccer game at San Siro in Milan – some things will be different depending on the stadium you’re visiting, but some of the tips will hold no matter where you go.

Should you be fortunate enough to visit Italy during a time when the Italian national team is the one everyone’s cheering for, all you’ll need to remember is to be on the Italian side. The national squad, nicknamed the “Azzurri” (Blues) for their blue uniforms, won the 2006 World Cup in Germany – their fourth World Cup title ever. The 2010 World Cup was a huge letdown after the 2006 success, but you can bet the Azzurri will be back in 2014 – and although the tournament itself will be held in Brazil, all over Italy television sets will be tuned into the games so you’ll have a hard time believing the whole thing isn’t taking place in Italy. 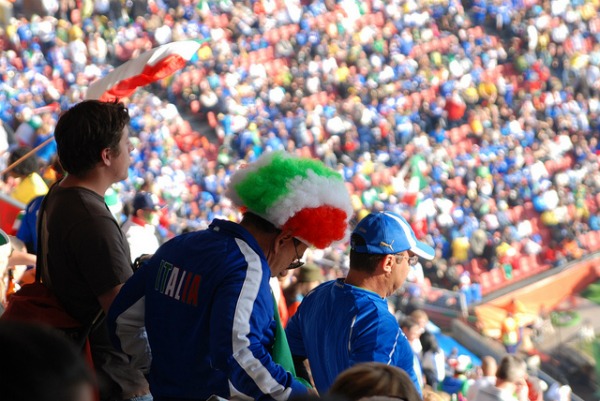 If you like the idea of seeing a few soccer games during your trip, you can also book a soccer tour – there aren’t many companies offering such tours, as it’s a rather niche market, but you can find them by typing “Italian soccer games” into your search engine of choice.

To get acquainted with Serie A and learn a little about the passion behind the sport, be sure to check out the Serie A Italian Football Guide. And for a little insight into the Italian soccer vocabulary, see this nice list of soccer words.

If you’re a travel agent or tour operator who offers soccer tours in Italy, this is your chance to tell Italy Logue readers about your services. Please contact us about advertising your Italy soccer trips on the Italy Logue.