Sometimes when you’re planning a vacation in Italy you aren’t thinking about the list of holidays on the Italian calendar. So when you realize that you’ll be in Italy over a major holiday like Easter you might have second thoughts (not to mention lots of questions).
Will everything be closed? Will trains even be running? Should I change my plans? How does Italy even celebrate Easter, anyway? Stick with me and we’ll get to all these answers, and more. 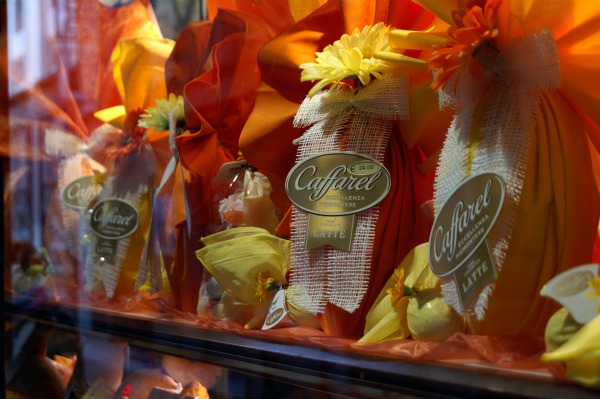 For starters, the Italian word for Easter is “Pasqua” (pronounced PAHSS|kwah), and it’s one of the biggest holidays on the Italian calendar. Easter in Italy may look somewhat similar to Easter celebrations you’re used to – you’ll see colorful displays of chocolate eggs in shop windows, for instance – but there isn’t an Italian-speaking Easter Bunny (I know, I was disappointed, too).
Easter is a time of religious parades and celebrations, and often the focus is a statue of Jesus or the Virgin Mary that gets carried through the city streets. One of the largest and most famous processions is in the Sicilian town of Enna on Good Friday, where more than 2,000 friars parade through the city. One of the oldest Good Friday processions takes place in Chieti, Abruzzo. Traditional Easter foods in Italy include eggs, artichockes, roasted lamb, a special sweet bread called “Colomba” (which means dove, and it’s made in the shape of a dove) and chocolate eggs, which almost always are hollow and have a special prize inside.
Of course, because Italy is such an overwhelmingly Catholic country, you’ll be able to find Easter services in whatever town you happen to be that week. There’s something to be said about the grandiosity of experiencing a Catholic mass in St. Peter’s Basilica in the middle of Vatican City, but every church throughout the country will be open for services on Easter weekend, and there’s nothing quite like the charm of a small neighborhood church service (even if you’re not really religious). Be on the lookout beyond the churches, too, as one long-standing tradition is for Catholic priests to go door-to-door blessing private homes and shops for Easter.
>> Also, did you know that in Florence a dove-shaped rocket flies out of the Duomo on Easter morning and ignites a cart covered with fireworks? No, really – it’s true. Read more about Easter in Florence. 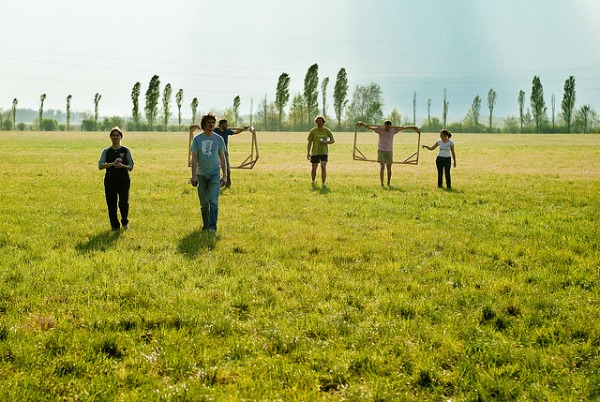 Most of us are accustomed to Easter Sunday being a holiday, and the more religious among us are also used to Good Friday being a recognized holiday two days prior – but what about Easter Monday? In Italy, that’s called “Pasquetta” (pronounced pahss|KWET|tah), or “little Easter,” and it’s an equally big deal. In fact, Easter Monday is a national holiday in Italy.
There is a saying in Italian that says, “Natale con i suoi, Pasqua con chi vuoi” – which means you’re supposed to spend Christmas with your immediate family and Easter is for you to spend with whoever you like. Practically speaking, however, Easter Sunday is still a time when people often get together with family. Easter Monday, on the other hand, is entirely about spending time with friends.
A very popular Easter Monday tradition is to pack a big picnic and drive out into the countryside with a group of friends, enjoying what you hope will be nice weather. Some cities will hold special events on Easter Monday, too, including concerts and games, so not everyone abandons the cities for the hills. The games often involve eggs, like the egg races held in the town of Tredozio. One unusual Pasquetta game takes place in the Umbrian town of Panicale, where the goal is to roll giant wheels of cheese around the city walls in the quickest time and using the least strokes. 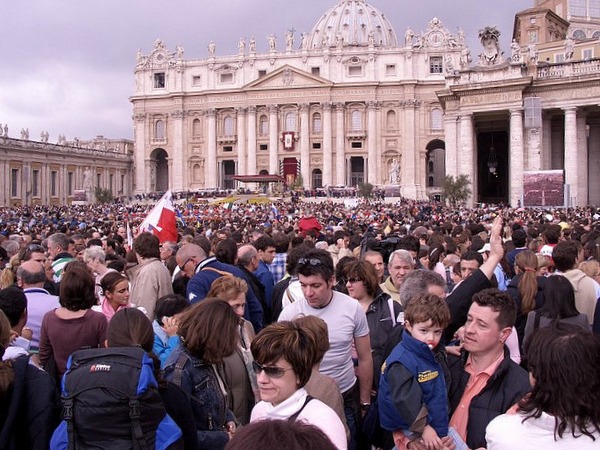 Traveling in Italy Over Easter Weekend

With as much emphasis as Italy places on Easter, you might wonder if Easter is really a good time to be traveling in Italy. There isn’t a clear-cut yes or no answer for everyone – like so many things in life, the answer is: it depends.
I love seeing a place – any place – when it’s celebrating something. When a city puts on its festival finery, it can be extremely fun to be a part of that. Especially when it’s a holiday that the locals celebrate for themselves (rather than it being a tourist attraction), being immersed in that kind of festival atmosphere can make you feel less like a tourist if you let yourself get caught up in the revelry.
That said, being in the middle of a local party when you’re not a local has its drawbacks, too. Generally speaking, the things that can making traveling in Italy over Easter weekend most challenging involve accommodation, transportation and some sightseeing.
Easter weekend isn’t a time to show up in town without a hotel or hostel reservation. You can do it, of course, but you run the risk of lots of “sorry, we’re full” and finding the only places with rooms are either too expensive or too far away from where you want to be. I recommend booking your accommodation over Easter weekend ahead of time whenever possible. Also note that Easter is considered a mini-high season, and prices on accommodation will go up accordingly.
Trains, buses, and other transportation systems will be on what are called “ferie” schedules (holiday schedules), which mean everything runs less frequently. They still run, you’ll just have to wait a bit longer. Not only that, because there are fewer trains or buses running, they’re often more crowded when they arrive.
You have two options if you want to avoid the headache of less frequent and more crowded trains:

As for sightseeing, many attractions are closed on Easter Sunday (some are also closed on Good Friday), and then many attractions are closed on Mondays in general. This can be problematic if you’ve only arrived in a city on the Saturday before Easter and had planned to leave on Tuesday, since there may be some attractions that are closed for most of the time you’re visiting. If this sounds like your itinerary, I strongly suggest you look up the big attractions you’ve got on your agenda to make sure they won’t be closed the whole time you’re in town.
While some restaurants and shops (especially smaller ones) will be closed for part of Easter weekend, not everything is shuttered. You won’t go hungry, for instance. Restaurants attached to big, chain hotels are usually reliable when it comes to being open on holidays. If you’re in a smaller town, on the other hand, you’ll probably need to plan ahead – ask someone at your hotel what stays open over the weekend, preferably before the weekend starts so you’ve got time to pick up picnic supplies before things close if you need to.
photos, top to bottom, by: Jessica Spiegel (and may not be used without permission), cinemich, Starphysh