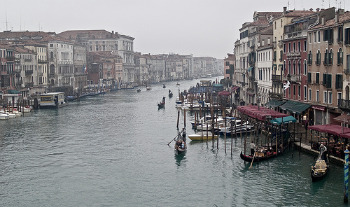 Traveling in Italy in January is often a mixed bag – the weather can be dreary, cold, wet, and gray, but with prices (and crowd levels) at about the lowest point you’ll find them all year it might just be worth packing a raincoat and a scarf.

Weather in January in Italy

Parts of Italy do get covered in blankets of fluffy, white snow in January, while others get inundated with fog and rain – it depends primarily on what part of the country you’re visiting.

As with any other time of year, the temperature will get warmer as you go south. The mountains that line the border of northern Italy tend to be the coldest areas during the winter, although any mountainous parts of the country (and there are many) are where you’ll find colder and snowier conditions.

It’s less common to get snow in the coastal regions (and when it happens it’s something of an event), but instead of snow these areas routinely get rain in January. Because the Italian peninsula is so narrow, the coastal climate extends quite a ways inland on both sides – meaning even if you’re as far inland as Rome, for instance, you’re more likely to get rain during the winter than snow.

Although the cold and damp can make some tourist activities less enticing (wandering the ruins of the Roman Forum or Pompeii in the rain doesn’t sound very appealing), one activity in particular is only available in the winter months like January: skiing. The mountains that line the northern border, as well as those that run down the center of the peninsula, are often packed with skiers and snowboarders in the winter. Not only that, many of the ski resort towns in the Italian mountains are also home to hot springs and spas – and there’s nothing like a dip in a natural hot spring to take the January chill right off you.

Temperatures in January vary depending on where you are in Italy, but as a general rule of thumb these are the ranges:

Holidays in January in Italy

While there are Italian holidays and festivals going on year-round in various parts of the country, the most important date on the Italian calendar in January is Epiphany. Epiphany falls on January 6th each year, and to many Italians it’s a bigger deal than Christmas – this is, in fact, the date when most people exchange gifts.

There are other more localized holidays and festivals that happen in different parts of Italy in January, so it’s always worth checking the local calendar for places you plan to visit to see what’s going on while you’re in town. Be on the lookout for any celebrations of saint’s days – each town and city in Italy has a patron saint, which means that saint’s day is a local (but very important) holiday.

>> Check my Italian holidays page to find out some of the things going on this January in Italy.

Why go to Italy in January?

The January weather is definitely a deterrent for many, as it’s common to associate sunny weather with the word “vacation.” But even if you’re not a skier, there are a couple of great reasons to visit Italy in January – the cost and the crowds.

Italy is by no means an inexpensive country in which to travel, but the price of pretty much everything a tourist will be spending money on drops dramatically in January. You’ll pay a fraction of the high season cost for your airfare to Italy, your hotels in Italy, even sometimes the Italy day tours you sign up for. Travelers for whom money is the foremost consideration will definitely find Italy much more budget-friendly in January.

Despite the overall cost of an Italy trip being lower in January, the weather keeps enough people away that it’s still relatively crowd-free. You won’t be waiting in long lines to get into the Vatican Museums or the Uffizi, for instance, and it’s much easier to find hotel vacancies in the parts of town where you’d like to stay.

The downsides to a January trip to Italy – besides the weather – include the fact that many attractions keep shorter open hours and some places (particularly hostels) close altogether. Also note that if you’re planning to do any skiing in Italy, January and the winter are the high season – so hotels and other accommodation in ski resort towns won’t be cheap.