Italy on a Budget 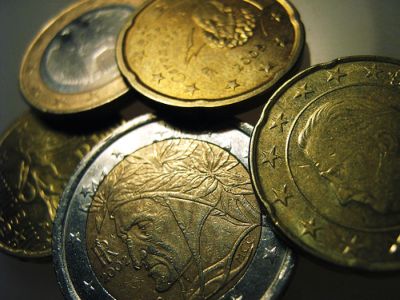 After recently putting together an in-depth guide to planning an Italy travel budget, I wanted to follow up with some ideas for ways to make your visit to Italy cost less than the average.
It’s not news to many people to hear that Italy isn’t exactly a cheap destination to travel in anymore. It used to be, and some places are still amazingly affordable, but overall it can be a country that’s harder for serious budget travelers to love. Sacrificing now and then to stay on your travel budget is one thing, but cutting things off your to-do list every day is a bummer.
In this article, you’ll find resources to help make your Italy trip cheaper – whether you’re trying to avoid skipping the country altogether on a round-the-world trip or you just like saving money on your trips no matter how long you’re traveling. Some of the tips listed do require that you’re a bit more of an intrepid traveler who’s willing to forgo certain luxuries, but others are things a traveler with any budget can do and enjoy.
Click on any of the following links to jump to the category you want to read more about:

Getting to Italy on the Cheap 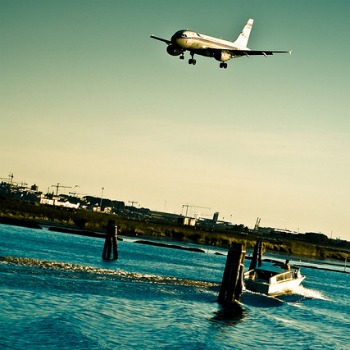 Budget travel to Italy begins with finding a good deal on airfare, and unfortunately this is sometimes a challenge for anyone outside continental Europe. Looking up fares for flights from New York to Paris, Amsterdam, and Rome often demonstrates that flights to Italy are almost always more expensive than flights into other big European hubs. I’ve never read a satisfactory explanation of why this is, and even if there was a reasonable explanation it wouldn’t make the prices go down – so it’s something budget travelers need to contend with.
Here are a couple tips to finding cheaper airfare to Italy:

>> Look for cheap tickets to Paris, deals to London, cheap flights to Amsterdam, and deals to Frankfurt 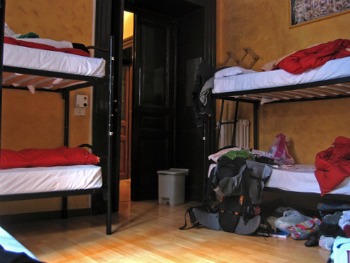 Italy’s status as a top-tier tourist destination means there’s all manner of accommodation for you to choose from almost everywhere you want to go. It also means that lodging in the most-visited cities isn’t cheap. Rather than cut destinations like Rome, Venice, and Florence from your itinerary, however, you can cut costs on your accommodation in popular places by broadening the scope of the kinds of places you’ll stay in or the neighborhoods you’ll consider.
Here are some tips to sleeping cheap in Italy: 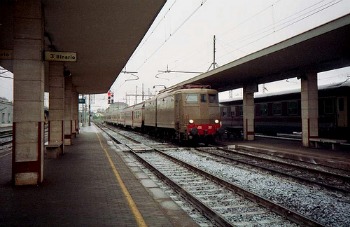 Getting from place to place once you get to Italy can be fairly inexpensive, as long as you’ve got time to spare to take advantage of the lower prices on slower transportation. There are some times when I think splurging on a taxi ride makes sense, but more often than not there’s a cheaper alternative that’s easy enough for everyone to use. Renting a car is sometimes necessary, depending on where you want to go, and even those costs can be mitigated.
Here are some tips to getting around Italy on the cheap:

Finding Cheap Things to Do in Italy 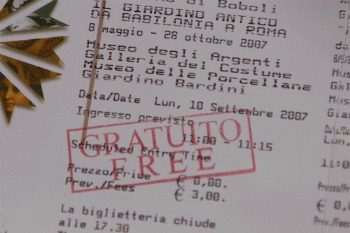 Even though paying €10 for a ticket to a museum in Italy may seem like small potatoes compared to the several hundred you paid for your airline ticket, those entry fees can really add up. Finding cheap things to do in Italy can be the difference between enjoying your whole trip or running out of money halfway through your trip.
Here are some tips to help you save money on activities and attractions in Italy: 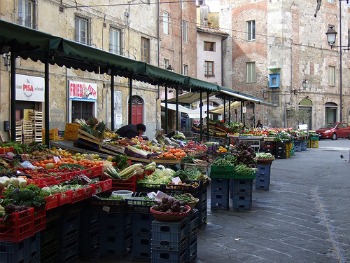 For some (myself included), eating in Italy is one of the great pleasures of traveling through the country. The good news for budget travelers who also happen to be foodies is that eating well for very little money is not only possible in Italy, it’s pretty easy.
Here are some tips for eating on the cheap in Italy: