Getting from Florence to Siena (and Vice Versa) 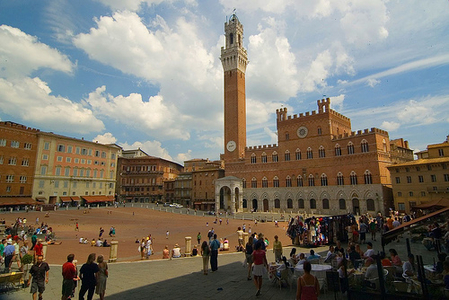 In most cases, especially if you’re visiting tourist hotspots in Italy, taking the train is going to be the easiest, cheapest, and quickest way to go. But that’s not always true – and despite the fact that Siena is one of the most popular stops in Tuscany (and the fact that it does have a perfectly good train station), it’s best to make this trip by bus.

But who am I to tell you what to do? Read through the options below for getting from Florence to Siena, and then make your own choice.

Taking the Bus from Florence to Siena 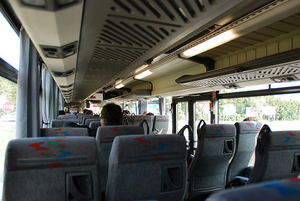 As mentioned, Siena has a train station – but it’s located further from the historic city center than the bus station, which is only one of the reasons taking the bus is the better option.

The SITA company runs the buses between Florence and Siena, and the departure point in Florence is just across the street from the city’s main train station, Santa Maria Novella. Siena’s bus stop is at Piazza Gramsci, well inside the old city walls.

The journey between the two cities takes roughly 1.25 hours on the fast bus. This is a direct shot from Florence to Siena, so you’d think it would be the one with the name “diretta” – but no, that name is reserved for the bus that goes from Florence to Siena via a few other stops, including Poggibonsi. Also confusing is the fact that the slower train is also sometimes called the “accelerate.”

So make sure you’re getting on the real fast bus, not just the one with the fast-sounding name.

One other note – the FSBusItalia website lists some of the departure times as being covered by the TRA.IN company rather than the SITA company, but they’re all listed under the fast bus times – so it shouldn’t be an issue. Just don’t get thrown off if you see the giant word TRA.IN on the side of a bus (which is clearly a bus and not a train).

>> Here’s a PDF of the Florence-Siena/Siena-Florence bus schedule.

SITA buses leave Florence for Siena 2-3 times per hour starting at 06:45 and the last bus leaves Florence at 20:15. Fewer buses run on weekends and during holidays, but for the most part you shouldn’t have any trouble getting a bus to Siena just about any time you want to go.

A bus ticket from Florence to Siena costs €6.50-7.00 (I’m finding conflicting reports online, so forgive the range, but it’s in the €7 neighborhood for a one-way ticket).

Taking the Train from Florence to Siena 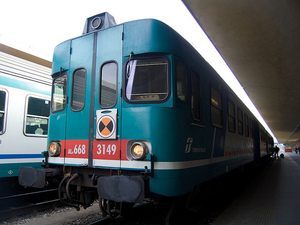 Most of the time in Italy, taking the train is going to be way faster than taking the bus. This is one trip where the opposite is true, however. The train trip from Florence to Siena often requires a train change in Empoli, but either way it takes longer overall than the bus. And then, as mentioned above, the train station is further outside of the historic center than the bus station, so you’ll have longer to walk from the train to the pretty part of town than you would from the bus station. The one notable perk of taking the train between Florence and Siena is the view – it’s substantially prettier along the train route than the bus route.

Taking a bus from the train station into town, you’ll look for buses that go to the Piazza del Sale. The walk takes at least 20 minutes, if not more. A train ticket for the Florence-Siena route should be in the €6-10 range (if you’re on the direct train).

Driving from Florence to Siena 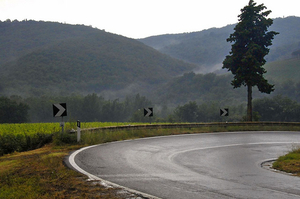 If you’re traveling with a rental car in Italy and you’ve been attempting to drive around Florence during your stay, you’ll no doubt have been thoroughly frustrated several times already. There are plenty of cities that are drive-able in Italy (if slightly challenging), but the historic center of Florence just wasn’t meant for cars, period. In other words, if you can avoid renting your car until you’re about to leave Florence, you’ll be doing yourself a favor.

The drive time from Florence to Siena is roughly 1.25 hours on the Autostrada, and covers a distance of about 70km. The Autostrada, while not the most beautiful kind of road in Italy, does sometimes cut through pretty parts of the country – and the one between Florence and Siena runs through Chianti.

You’ll have a much more scenic drive if you take the curvier back roads, but if you’re going to do that I highly recommend getting a really detailed road map of the area (a Michelin map of the whole country isn’t always detailed enough to catch all the little back roads in rural Italy, so pick up a regional road map in Florence before you leave) or opting for a GPS unit with your rental car.

>> And before you leave home, be sure you’ve read all about the rules of the road for driving in Italy.

Flying from Florence to Siena 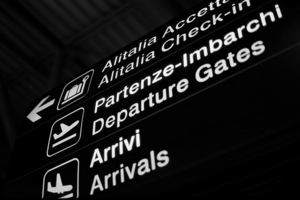 Does Siena have an airport? Yes. Kind of. It’s 9km outside the city.

Does Florence have an airport? Oh, yes.

But should you fly from Florence to Siena? Oh, no.

In fact, it’s such a ludicrous idea that there aren’t even any flights that connect the two cities. If that doesn’t answer your question, nothing will.

And now that you’re in Siena…

You might just be making Siena a day trip from Florence, in which case you’ll just need a list of things to do. Or you might be staying the night in order to fully appreciate this lovely city. Either way, here are some links to help you.