Italy by Train: A Love Story in Pictures

Despite the rise in the number of discount airlines in Europe and the plethora of cheap flights that are often available on those airlines, a huge number of travelers in Italy (and throughout Europe) still prefer to get around by train.
Why we choose to ride the rails rather than take flight is a question with many possible answers, and although it’s impossible for one person to sum them all up in words I thought it might be worth a try to sum up the appeal of train travel in Italy in pictures. 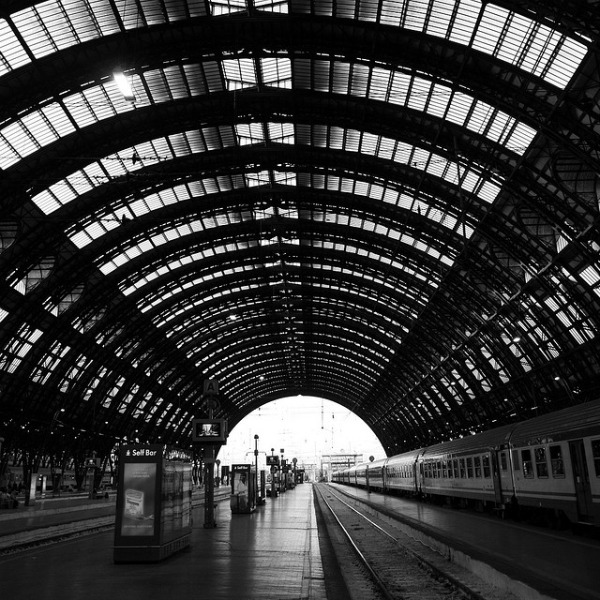 I’m biased because I love Milan & I’ve been in and out of Milan’s Central Station more times than I can even remember, but I think the platform area of the station with its soaring arched ceiling is gorgeous.
Milano Centrale – David Locke 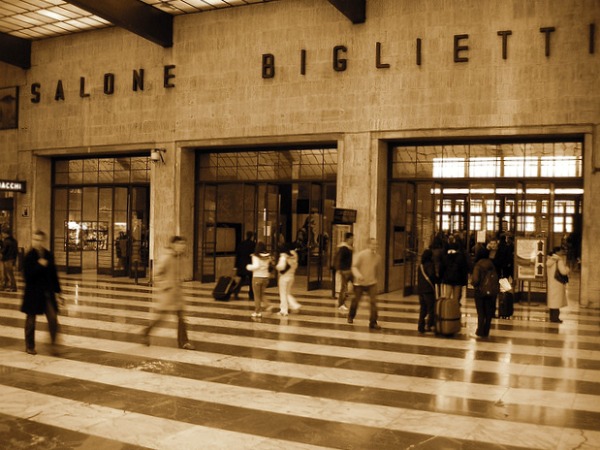 Florence‘s main train station is often bathed in sunlight, making it feel like it’s a sepia tone photograph in real life. I also love the lettering style on all the signs in this station.
Firenze S.M.N. – Christopher Macsurak 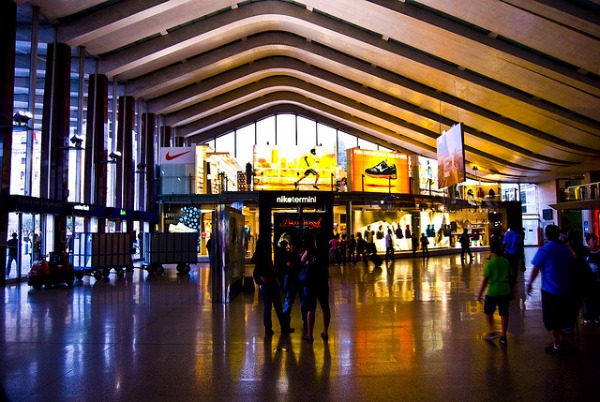 I’ve never found Rome‘s Termini Station to be as visually appealing as some other stations in Italy, but I love how a simple change in perspective on the part of this photographer brings out interesting architectural lines in a utilitarian space.
Roma Termini – Alessandro Capotondi 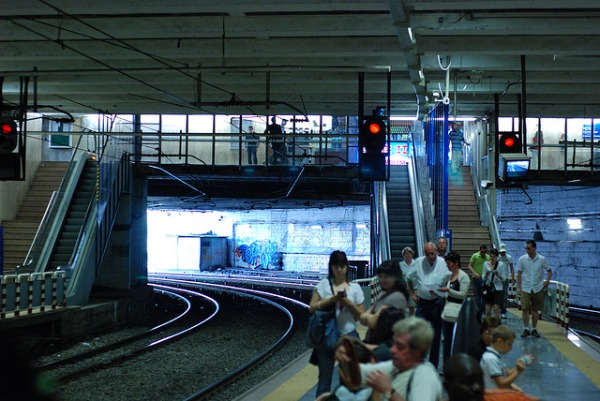 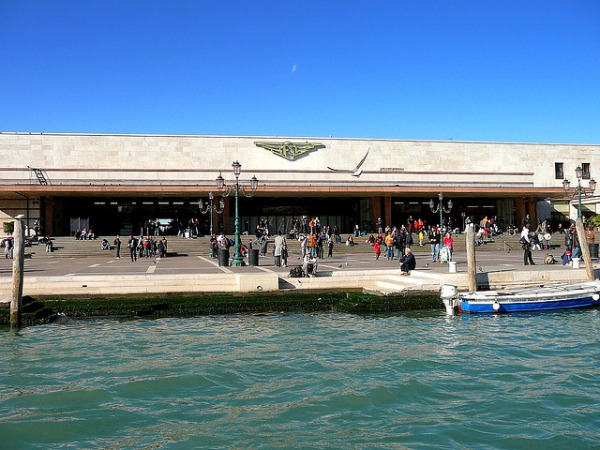 Some stations aren’t beautiful in and of themselves, but because they bring us to beauty we forgive them. Venice‘s train station may be one of the ugliest buildings on the islands, but how can you beat walking out of a train station right onto the Grand Canal?
Venezia Santa Lucia – F. Delventhal

With a long enough journey, it’s easy to be lulled into thinking a train trip through Italy is monotonous. The rhythmic movements and sounds of the train are sleep-inducing to weary travelers, and the view isn’t always beautiful to the point of distraction. Don’t overlook trains themselves as attractions worth exploring, however.
What’s your favorite thing to do during a train ride? 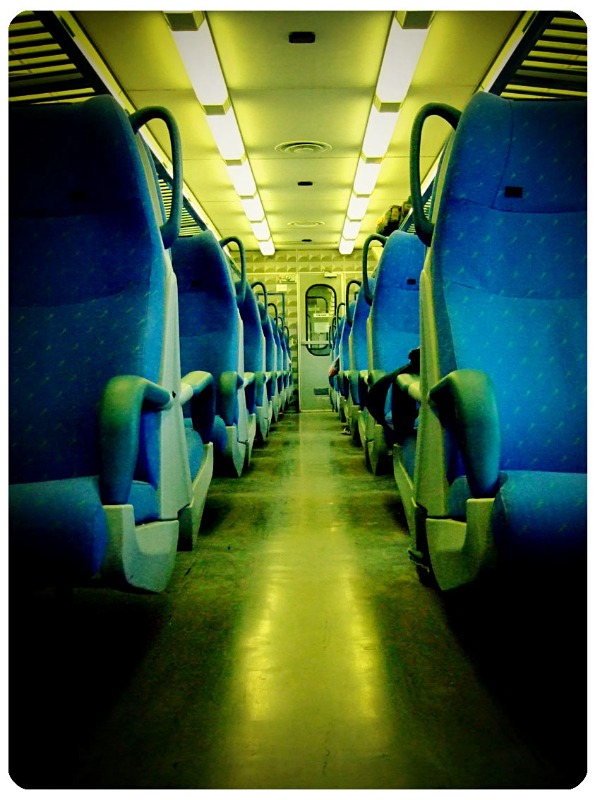 Should you find yourself on trains with few other passengers, this is an excellent opportunity to indulge your inner artist.
Szilvia Nemeth 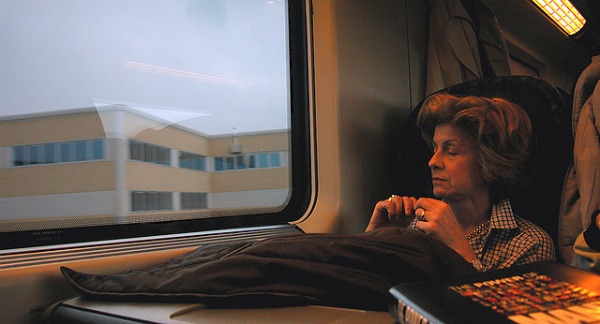 Is she sleeping? Day dreaming? Blinking? In any case, she’s relaxed.
Luca Vanzella 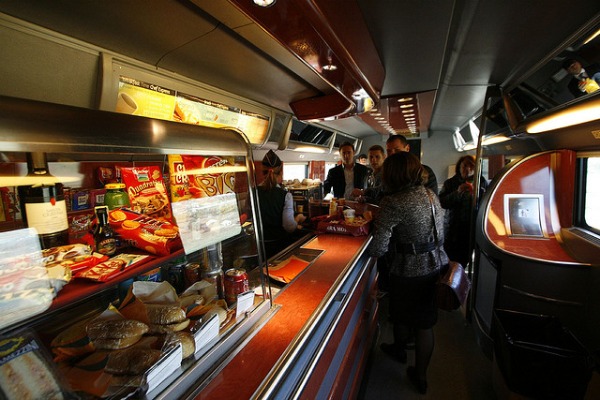 Snack cars in modern Italian trains aren’t exactly dining cars on the Orient Express, but you’ll note that along with a sandwich or candy bar you can also purchase a bottle of wine here. It is Italy, after all.
Jay Reed 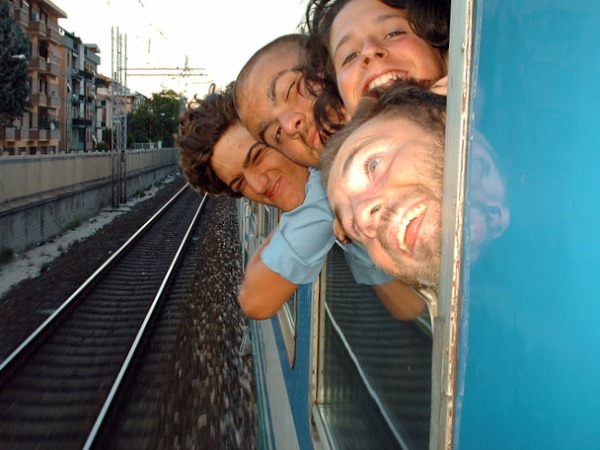 Now, this? This you could never do on a plane.
Teo

Those enormous train windows ought to be surrounded by gilt frames for all the magical landscapes they contain. It’s impossible to say whether all the travelers staring out of train windows for hours on end are soaking in the views on a conscious level, but they’re likely to talk about train travel wistfully later on.
What’s the most memorable thing you’ve seen from a train window? 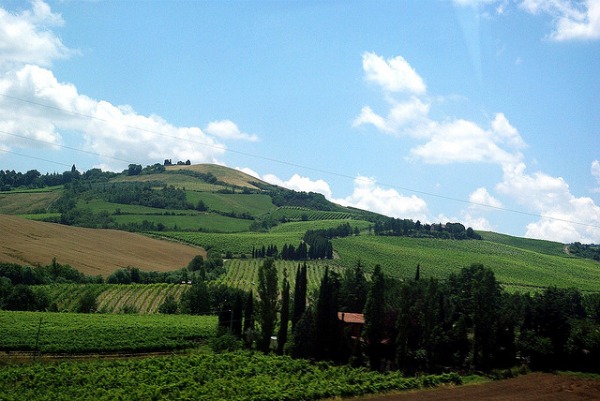 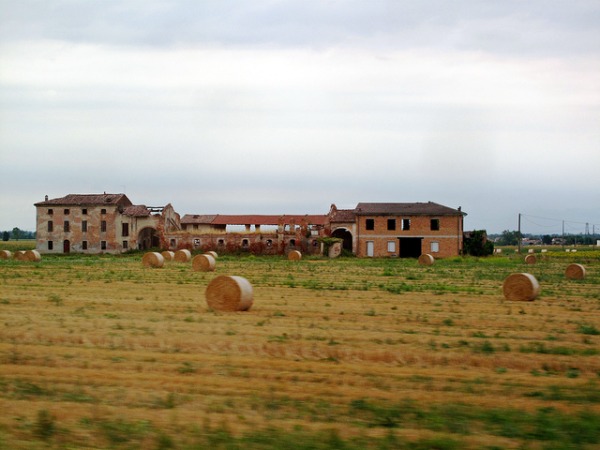 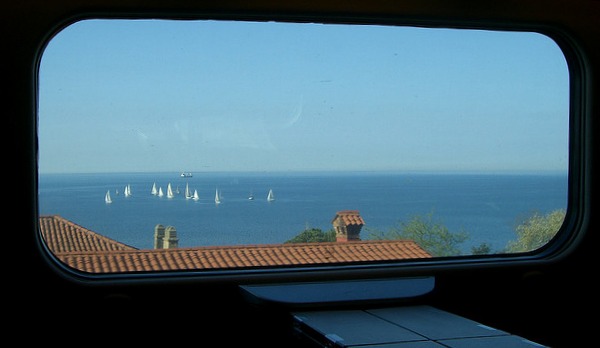 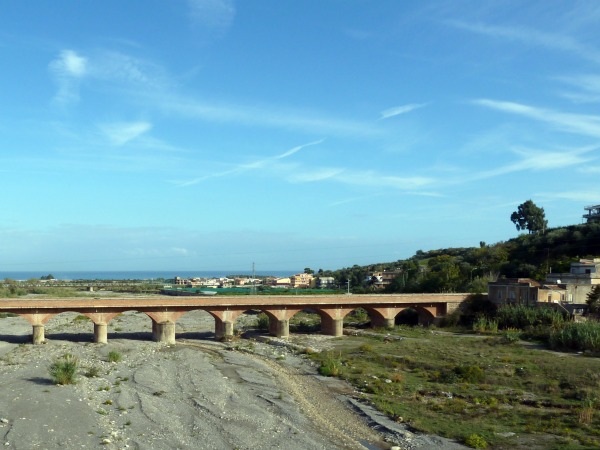 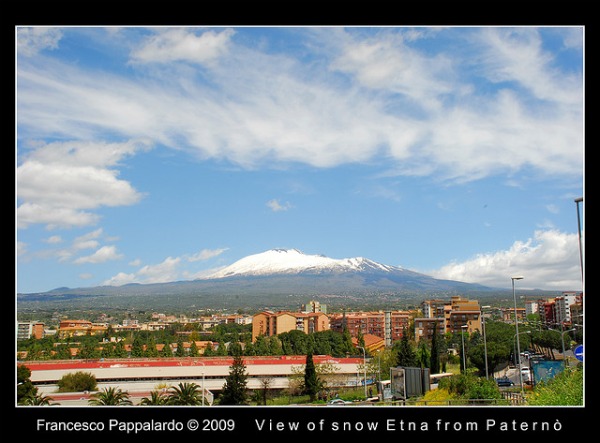 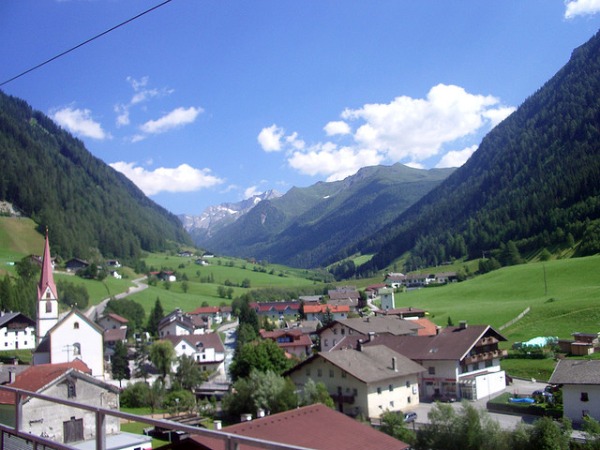 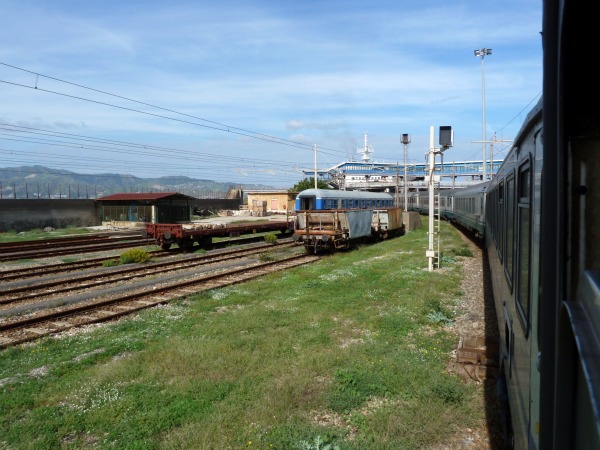 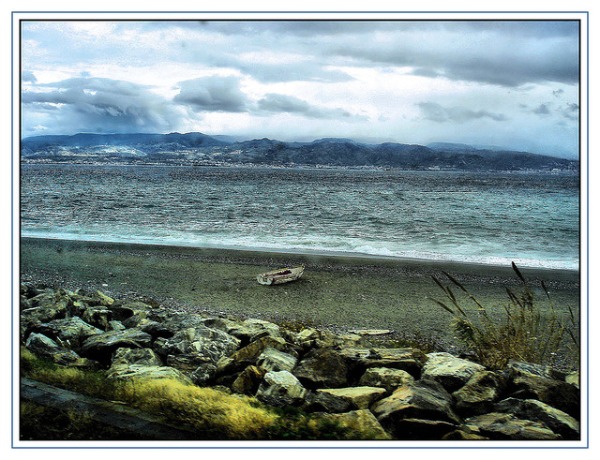 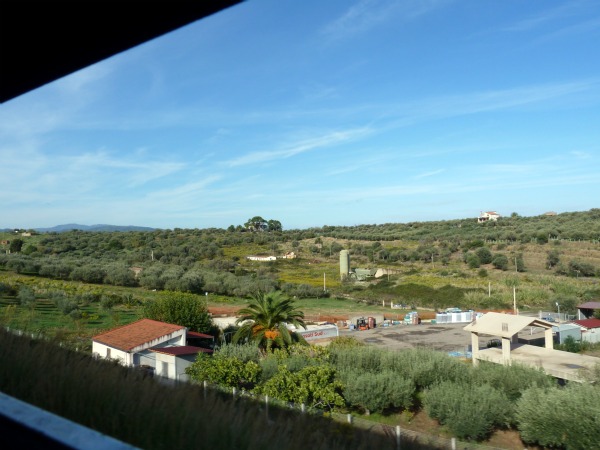 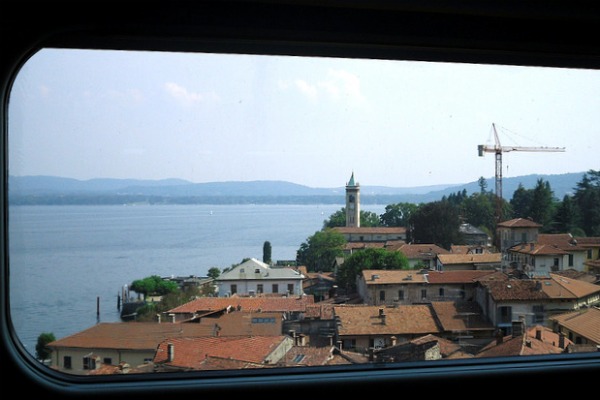 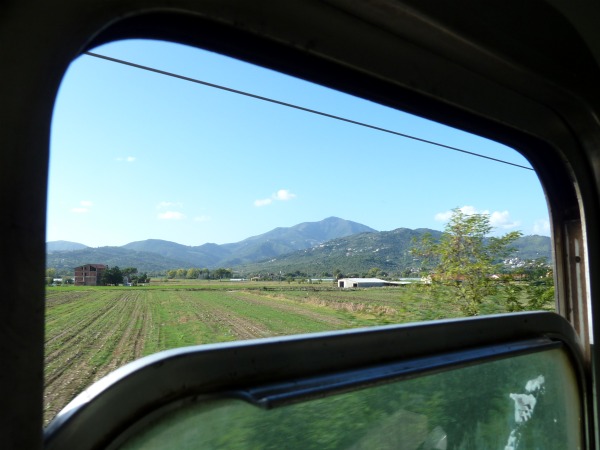