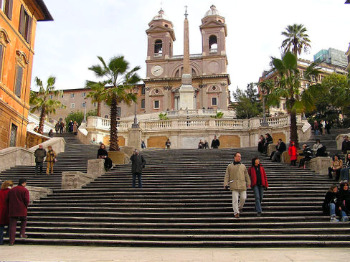 Visiting Italy in February has its perks – namely in the areas of budget and crowd levels – but there are drawbacks, too. After all, there has to be a reason most visitors stay away in February, right?

Weather in February in Italy

While January tends to be colder overall than February, the two months are fairly interchangeable weather-wise. The northern parts of Italy and other mountainous regions are often snow-covered, and rain usually dominates the forecast in other areas.

Still, in some places February is when Italy is beginning to shake off its winter cloak. As is nearly always the case in Italy, the further south you travel in February, the warmer it gets. The mountains will still be cold and likely still snowy in February, even in southern Italy and the islands, but the more temperate coastal climate reaches quite a ways inland. That usually translates into rain in February in the places that don’t get snow, but the rain can very well be broken up by a few hours or even a full day of clear weather, too.

Planning a trip to Italy in February when your to-do list includes things like hanging out on the beach, hiking through Tuscan hills, or exploring ancient excavations outdoors may not be a good idea – those things aren’t very pleasant when it’s cold and wet outside. But if you’re looking for a ski vacation in February, Italy is a great option. The mountain resorts in the north and central Italy in particular are popular with skiers – and because February is a less popular time for most ski trips than January, you may find better deals.

Temperatures in February vary depending on where you are in Italy, but as a general rule of thumb these are the ranges:

Holidays in February in Italy

Although the date varies from year to year, Carnevale typically happens (at least in part) during February – and while there are several cities and towns throughout Italy that have interesting Carnevale celebrations, none is more famous than the Carnevale in Venice.

Venice is, of course, a major tourist destination any time of year – even during its cold and damp winter – but the city fills to bursting during the popular Carnival season, meaning prices rise as a result. In other words, don’t assume that just because you’re visiting Venice during its low season (relatively speaking) that you’ll save money by visiting in February. If your trip coincides with Carnevale, all bets are off cost-wise.

There are other holidays and festivals that occur in February in Italy, including Valentine’s Day (not a big Italian holiday, but still recognized) and – depending on the calendar that year – the orange-throwing battle of the Carnevale in Ivrea. Just because there isn’t a major event on the calendar, however, doesn’t mean there’s nothing going on – it’s always worth it to check with the local tourism office’s calendar of events to see what’s happening when you’re in town. In particular, look for saint’s days – when the patron saint of a particular town is being celebrated, that’s a very important (although very localized) festival.

>> Check my Italian festivals page to find out some of the things going on this February in Italy.

Why go to Italy in February?

You might have read through the weather section above and wondered why anyone would visit Italy in February at all, especially if they weren’t headed straight for Venice’s Carnival. It’s true, a February trip to Italy isn’t going to be the sort of vacation for which you’ll need your sunglasses or swimsuit, but the bargains in much of the country are pretty tough to beat.

February is part of the country’s low season, when prices on everything from airline tickets to Italy to Italy hotels to vacation packages in Italy are often at the lowest end of the spectrum. If a shoestring budget has been the biggest factor keeping you from visiting Italy, then rest assured your money will go much further during February.

The dreary weather in February brings another perk, and that’s smaller crowds. Even though the prices are sometimes spectacularly low, the weather is such that most people still avoid going to Italy during the winter. That means not only will you pay less for your trip, you also won’t find the usual long lines to get into popular attractions.

Keep in mind that during the winter many attractions change their open hours so they’re not open as long each day, and prices won’t be low in places where there’s a big event going on (like Venice during Carnival) or where the winter is the high season (like in the mountain ski areas).