Going to festivals in Italy isn’t always something you can plan – sometimes you just happen to be in town when you find out something is going on – but some Italian festivals are worth planning for. Today’s guest post by Damiano Usala highlights some of the music, food, and culture festivals taking place this summer in three of the regions of southern Italy. If you’ll be in Puglia, Sicily, or Sardinia this summer, Damiano says they’re all worth checking out.
Southern Italy is a must-to-do destination this summer for those who like to attend music or theater festivals while on vacation. This is another great way to experience the Italian culture.
Here are some of the festivals not to be missed in the regions of Sicily, Puglia and Sardinia. Between music, theater and food all these festivals are well organized and are located in beautiful destinations that allow you to combine culture, travel and a party. 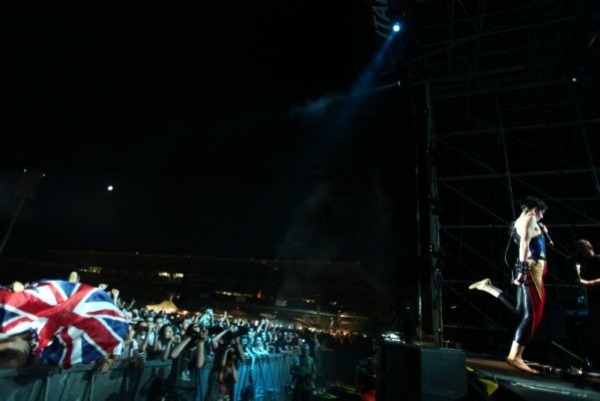 Location: Lecce
Name: Italia Wave Love Festival
Type: rock and electronic music
Dates: 14-17 July 2011
Camping Possible: NO
Ticket Cost: The 4-day pass is 50 EUR
Website: https://www.italiawave.com/english
Born in Tuscany in 1997, the Italy Wave Love Festival is the most popular music festival in Italy. It is an unmissable festival with more than 100 events in a few days and almost 20,000 people every day who roam between different areas of entertainment. For the first time, Italy Wave Love will be in Lecce in Puglia, from July 14 to 17. Confirmed to play on the main stage will perform Sud Sound System, Jimmy Cliff, Paolo Nutini, the Kaiser Chiefs, Lou Reed, and many others.
Puglia is really the coolest Italy destination so far, since the regional government starts a sort of new era. A lot of events now are held in Puglia and many artists have decided to move production there. Lecce, the capital of Salento, has always been considered the most noble one in the southern region of Puglia, admired for the fine cultural heritage reflected in its architecture, churches and old palaces.
If you have considered a holiday in Puglia and you also love rock – this is your summer festival. 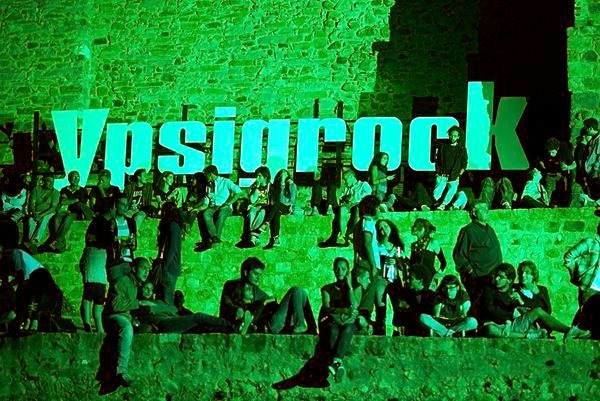 Location: Sicily – Castelbuono Palermo
Name: Ypsigrock
Type: rock and indie music
Dates: 5-7 August 2011
Camping Possible: YES
Ticket Cost: The 3-day pass is 37 EUR
Website: https://www.ypsigrock.com/english/
Ypsigrock Festival is one of the most recognized music festivals in Sicily, and among the most interesting indie rock festival in Italy. The main stage is set below the beautiful medieval castle, and the medieval town becomes crowded with thousands of listeners – it’s a great experience. Coming to this festival is like having a journey through artistic, natural and cultural beauty.
So far the Ypsi Fest ’11 Lineup includes Esben And The Witch, Josh T. Pearson, Junior Boys, Mogwai, Spiritualized and others. Castelbuono is about 50 minutes from Palermo, which can be visited during the day and you can easily reach the beautiful beaches of Cefalù, one of the best beaches in Sicily.
The medieval setting, the proximity of the beaches, and the charm of Sicily represent a formula for guaranteed success for Ypsigrock. 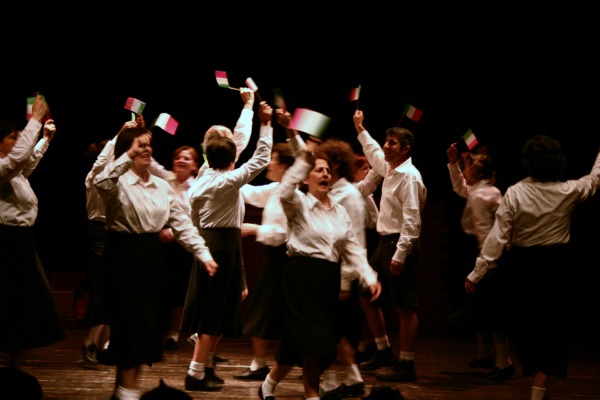 Location: Jerzu- Ulassai Ogliastra
Name: Festival dei Tacchi 2011
Type: theatre and wine festival
Dates: 4-10 August 2011
Camping Possible: YES free
Ticket Cost: The all-shows pass is 45 EUR
Website: https://www.cadadieteatro.it/rassegne.php?id_macro=4&id_micro=22
The Festival dei Tacchi is a theater festival held in Jerzu and Ulassai in Ogliastra, considered one of the best unspoilt areas of Sardinia. Between plays, theater workshops, and music concerts, the municipality of Jerzu also organizes a wine tasting at the same time. People can enjoy all aspects of the cultural heritage of Sardinia during the festival, from wine to the traditional dishes to the crystal clear sea.
Ogliastra has a wide range of beautiful sandy beaches around its coast where you can find atural pools of crystalline water. You can visit Cardedu with its vast coastal area and small beautiful beaches. Among the many beaches we recommend are Foddini beach, Museddu, Perdapera, Marina di Gairo, Su Sirboni, and Coccorrocci.
The Festival dei Tacchi is an unforgettable experience – in a week you could meet your favorite actors, you could discuss theater with a good glass of wine, or get on stage in front of your friends. Impossible? Try it to believe it. 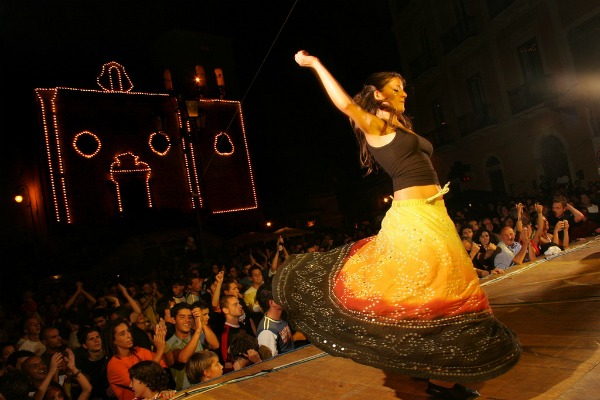 Location: Carpino
Name: Carpino Folk Fest
Type: folk and popular music
Dates: 4-19 August 2011
Camping Possible: NO
Ticket Cost: Free
Website: https://www.carpinofolkfestival.com
One of the best folk music festivals is held in Carpino, a small village in Puglia. It’s the first major festival dedicated to the restoration and enhancement of popular music from the region. Since the beginning in 1996, the festival has had enormous public success.
In addition to popular music from Puglia, international guests coming to the festival every year offer music of their traditions. Imagine a cauldron of folk dances together – Taranta, Irish music, Occitan – from belly dancing to Brazilian batukada, all in one place.
There are several things to do when attending Carpino Folk Festival. The area of Gargano is renowned for its beaches and medieval cities on the sea, but also for religious sites. There’s also the Umbra Forest National Park with many hiking trails, lakes, and medieval villages. If you like discovering new music and traditional folk dances, Carpino will amaze you with in this colorful festival. 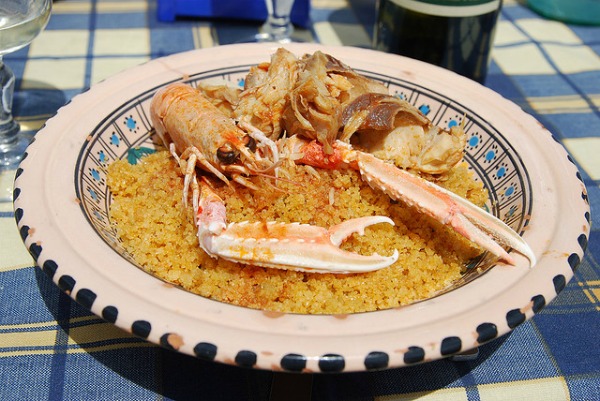 Location: San Vito Lo Capo – Trapani
Name: Cous Cous Fest 2011
Type: Food Festival
Dates: 20-25 September 2011
Camping Possible: NO
Ticket Cost: TBA
Website: https://www.couscousfest.it/the-event
Now in its 14th edition, the Cous Cous Fest is a unique event that can bring all cultures in the Euro-Mediterranean area. It is a festival dedicated to cous cous, the popular dish that is prepared in the Mediterranean.
The wonderful event is set in 18th century town of San Vito Lo Capo in the province of Trapani, between Monaco Mountain and the crystal clear waters of the Mediterranean. From September 20 to 25, the festival offers: a cous cous competition, a tasting of cous cous, the Expo Village – an eclectic market – and, finally, concerts and shows every night.
The area’s attractions go beyond the festival, too. Among the beaches not to be missed is the Zingaro Nature Reserve and Macarì, real jewels from the crystalline waters and fine sand. If you love the food, the sea, and discovering other cultures this is a festival for you. 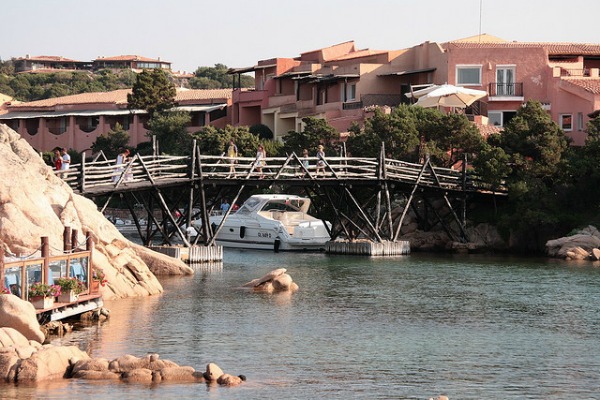 Location: Porto Cervo Olbia
Name: Porto Cervo Food Festival 2011
Type: Food Festival
Dates: 24-25 September 2011
Camping Possible: NO
Ticket Cost: TBA
Website: https://www.portocervofoodfestival.com/
Porto Cervo Food Festival has been held every year since 2009, usually in the last week end of September, and showcases the excellence of Sardinian cuisine prepared by international chefs. The best chefs will be the star players of what promises to be a feast of tasty delights and haute cuisine. The festival is hosted by Starwood Hotels & Resorts which are enthusiastic to share the unique flavors of Sardinia.
The festival is set in Porto Cervo, capital of the Costa Smeralda, where every luxury is permitted. The larger yachts and yacht owners often stop in Porto Cervo, especially to attend VIP parties to be seen – if a rising star is in search of fame, they are likely to be seen in Porto Cervo and Porto Rotondo. And who knows, maybe they will decide to pop up at the Porto Cervo Food Festival.
This festival is one for great food, some of the best Italian wines, beautiful beaches and – of course – beautiful people in search of fame. 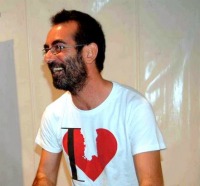 In addition to Sardinia Exclusive, his other holiday sites are for Puglia holidays and Sicily holidays.