Free Things to Do in Milan 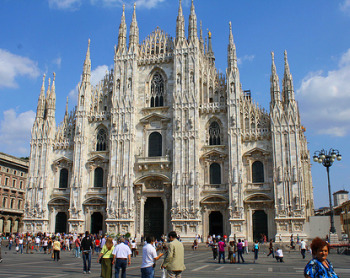 In a country as notoriously expensive to visit as Italy, Milan still stands out as being particularly hard on the bank account. While some destinations in Italy do have what can be considered high and low seasons, others are year-round attractions where prices don’t fluctuate as much. The big three – Rome, Florence, and Venice – fit into this latter category because they’re so popular as tourist destinations. Milan fits into this category as well, but not because it’s so touristy – in this case, it’s largely due to Milan’s status as the main business and banking city in Italy.
Despite the fact that Milan is typically busier with international businesspeople and bankers than it is with tourists, there are still plenty of reasons travelers have Milan on their must-see list – if it’s not for the incredible cathedral it might be for a Leonardo da Vinci masterpiece, or perhaps just a city base with excellent shopping and proximity to the lakes. Whatever draws you to Milan, if you don’t have unlimited funds to spend while you’re there then this list of free things to do in Milan will help make sure you don’t feel left out in the city.
In addition to the things I’m listing below that are always free in Milan, I’m also including things further down the page that I think are either a good deal or a real bargain. And if I’ve missed something you think should be on this list, be sure to let me know by leaving a comment below.

The things listed here won’t cost you a thing no matter when you visit Milan – they’re free year-round.

The things listed below usually charge an entry fee, but there are certain times of the day or days of the week when you can get in for free. As a bonus, these sights are all pretty cheap even if you don’t visit when it’s completely free.

Assuming you have a little bit of money to spend on your stay in Milan, here are some things I think are either really cheap or just a very good deal for what you get.

>> Need more tips on how to spend your time? Here are more suggestions for what to do in Milan, and my recommendations for the top 10 things to do in Milan.
photo by curtis_ovid_poe