Prior to the 2006 Olympic games, you might not have been very familiar with the Italian city of Turin. And even after watching the games, you still might not have known much about the city, since the events were pretty much held in the mountains surrounding the city and not in downtown Turin. Although it’s often overlooked by visitors to Italy, Turin has much to offer – not least of which is the fact that there are fewer tourists.

>> Turin appears on my 3-week itinerary for foodies! 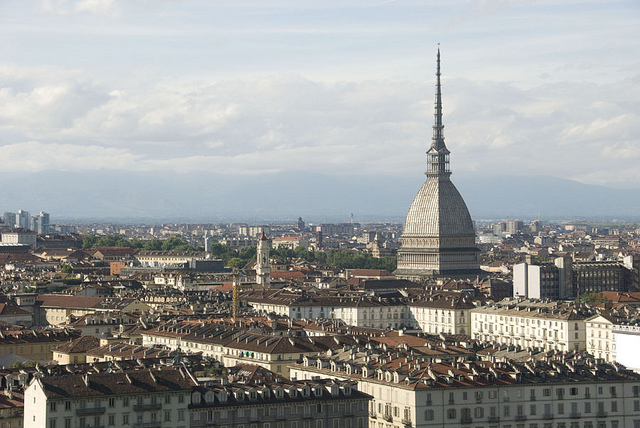 Turin (called Torino in Italian) is the capital of the Piedmont region in the northwest of Italy, and widely known as an excellent place to go if you’re a foodie or want to make skiing day trips. It’s also home to one of the Catholic church’s most famous relics, and the city that paved the way for Nutella. Turin has a beautiful city center, is ringed by snow-capped mountains, is a big enough city that there are good transportation connections, and hosts an annual chocolate festival.

On this page, you’ll find some basic information to help you plan your trip to Turin, including links to other articles for more details.

Where to Stay in Turin 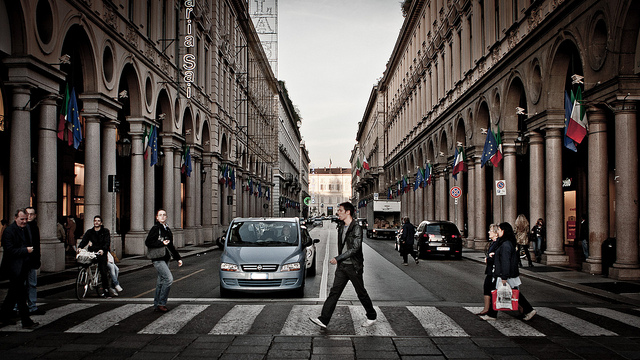 Turin isn’t as big of a city as its neighbor, Milan, but the metro area around the city is larger than the part you’re going to want to pay attention to as a visitor. Pick accommodation that’s as close to the city center as you can afford and you’ll have an easier time getting to the things you want to see and do. As is the case with just about every city that has an historic center, hotels in the center cost more than hotels further out – but for travelers who don’t have loads of time it’s always a bonus when you can walk out of your hotel door and be right in the center of the action.

There are three train stations just outside Turin’s city center, making it easy to get in and out of the city. Keep in mind that if you’ve rented a car for your Italy trip, parking in any Italian city center can be a hassle. Check with your hotel before you arrive to find out about parking arrangements they may have (sometimes they have a deal with a nearby parking lot).

Here are a couple resources to help you find accommodation in Turin:

Quick search for hotels in Turin:

What to Do & See in Turin 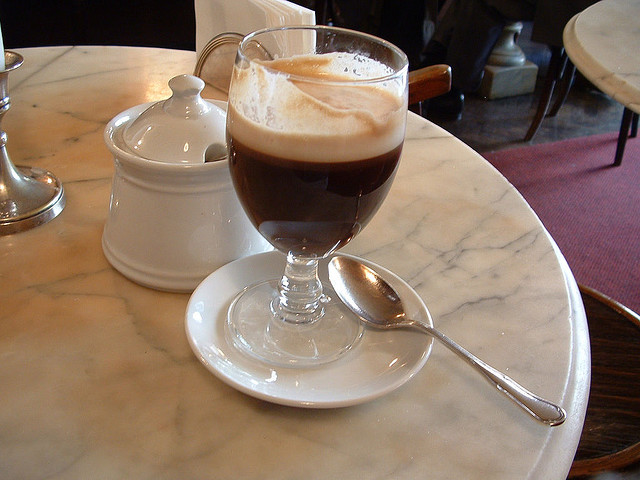 As alluded to earlier, one of Turin’s primary claims to fame is the Shroud of Turin (I’m willing to bet you’ve heard of the relic, but until now didn’t necessarily associate it with an Italian city). The Shroud itself is kept in a sealed case in the Turin Cathedral, only brought out on rare occasions, but there’s a full-sized replica at the Shroud Museum in Turin that you can not only see up close but also photograph.

Turin also has the fantastic National Cinema Museum (housed inside the city’s iconic building, the Mole Antonelliana) and museums of Egyptian artifacts and Oriental art. Although it was short-lived, Turin was once the capital of Italy – and so there are some former palatial residences that are now tourist attractions. Foodies will no doubt associate Piedmont with world-class wines and white truffles, so you can expect to eat (and drink) well in Turin.

If that earlier talk of Nutella and chocolate festivals didn’t have you intrigued, then allow me to elaborate. The chocolate-hazelnut combination got its start in Turin many moons ago, and to this day it’s a signature flavor in the city. It’s known as “gianduja” in Italy, and there are several chocolate makers in Turin that produce triangular-shaped candies called “gianduiotto.” Turin’s annual chocolate festival – called CiccolaTO – is generally in late February or early March, and while it’s much smaller than Perugia’s famous EuroChocolate, it’s definitely worth a stop – especially if you like chocolate-hazelnut. Visitors planning to indulge in chocolatey treats over a couple days should consider the city’s ChocoPass, good for samples at chocolate cafes around Turin. And speaking of cafes, the most well-known is Caffe Bicerin, which makes an eponymous hot chocolate drink.

How to Get to Turin 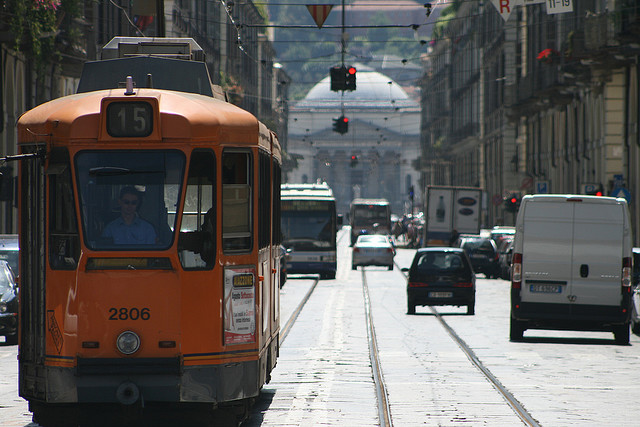 Turin has not one but two nearby airports. The larger of the two, Caselle International Airport (TRN) is the one most international visitors would fly into. There’s another, much smaller, airport – Cuneo-Levaldigi (CUF) – that is served primarily by budget airlines. It operates international flights from Bacau, Bucharest, Casablanca, and Tirana (among a few others), as well as domestic flights. Cuneo-Levaldigi is further from Turin than Turin Caselle Airport, so keep that in mind when planning your trip.

You may find that flights are more expensive to Turin than they are to nearby Milan, so if you find cheap airfare to Milan then rest assured it’s not so far away from Turin that you can’t take advantage of a good deal. On the high-speed trains, the trip from Milan to Turin is roughly one hour – or you can hop on one of the Malpensa buses that will take you right from the airport into Turin.

As mentioned, there are three train stations right around Turin’s city center. Make sure you know which station is closest to your hotel, and remember to double-check which station you need to use for any trips you take out of the city. There is a subway system in Turin that’s in progress; the first line was open in time for the 2006 Olympics, but it’s still quite limited in terms of where it runs. In the meantime, the city has a network of tram lines, and the city center is easily walkable.