A month’s worth of 2011 is already behind us (honestly, where does the time go?), but most of the people who have plans to visit Italy this year haven’t yet boarded their flights – so I thought I’d take a moment to talk about four places in Italy you should consider visiting in 2011 that you might not have had on your radar already. 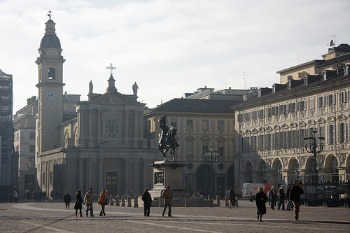 As I mentioned late last year, 2011 marks the 150th anniversary of Italian unification. Although there’s not the kind of fanfare about this anniversary as you might expect (given the fact that some government officials would prefer Italy not be a unified country to this day), the country’s original capital city of Turin has several exhibits and events planned throughout the year.
Even without any pomp or circumstance, Turin is a beautiful city worth visiting – it often gets overlooked by people flying into Milan who want to make a beeline for more famous destinations like Venice and who don’t look the other direction, but it’s an historic city in its own right. Home to the Shroud of Turin, the original FIAT factory, and one of the finest collections of Egyptian artifacts outside Egypt, Turin can be a good base of operations for a visit to the Piedmont region. You can make day trips into the countryside to enjoy some of the great food and wine the region has to offer, too.
Naples 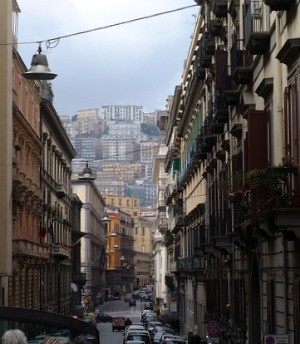 I’ve been hooked on Naples since my first visit, and I encourage anyone to add it to their itinerary regardless of the year, but since Lonely Planet saw fit to add Naples to its list of 2011’s best budget-friendly destinations I thought I’d give it a special mention this year.
Yes, one of the many charms of Naples is how much less you’ll spend there than you will in some of Italy’s other big cities, especially when you consider what you get for your money. A huge single-serving pizza (made in the city where it was born) and a bottle of water can cost you under €5 even in the historic center, pretty and historic little boutique hotels have rooms for around €80 per night or less, and the country’s top archaeological museum costs only €6.50 to get in. There are a million more reasons why Naples is a fantastic addition to any Italy tour, but the money-saving opportunities alone should intrigue you enough to get you started.
Bologna 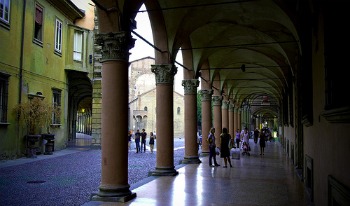 Traveling foodies will likely already have Bologna on their must-see list, but in case you’re not among that crowd let me give you a couple reasons to consider a stop in the Emilia-Romagna capital this year.
The high-speed trains in Italy, the Alta Velocità, connect Bologna directly to Florence and Milan. The Milan-Bologna trip now takes just over an hour, and the Bologna-Florence trip is less than 40 minutes. What this means is that since Florence can get overcrowded and expensive in the high season, you can now choose to stay in Bologna instead and make Florence a day trip. It’s a great base for exploring the sights of the region, too, including Modena (where they make balsamic vinegar), Parma (where parmigiano-reggiano cheese comes from) and the factories of Ferrari, Lamborghini, Pagani, Maserati, and Ducati.
Pompeii 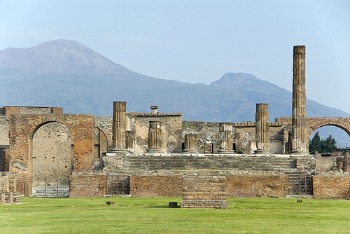 Pompeii is one of the most popular sights in Italy, so putting it on a list of what to see in 2011 might seem a little strange – chances are good you’ve got it on your itinerary already. Given the recent collapses at Pompeii, however, it seems prudent to not put off a visit to this stunning archaeological site any longer than absolutely necessary.
You can easily make a day trip to Pompeii from a base in Naples, Sorrento, Salerno, or even some of the towns on the Amalfi Coast. It’s possible to do a day trip from Rome as well, but it makes for an extremely long day (so be prepared for that). Personally, I found the nearby site at Herculaneum to be even more evocative – it’s smaller and better preserved, not to mention less crowded – but nothing quite matches the scope of Pompeii. The good news is that it’s easy to visit both Pompeii and Herculaneum in one day on a self-guided tour.
What places would you add to a list of suggestions for Italy in 2011? Leave your comments below!
photos, top to bottom, by: erinc salor, Bryce Edwards, Alessandro Capotondi, S J Pinkney