How to Get from Rome to Siena (and vice versa)

While the main stops on most Italy itineraries are Rome, Florence, and Venice, most people like to include at least one smaller city on their must-see list – even on a short trip. For many, that smaller city is Siena.
Florence may be the Tuscan (and Renaissance) capital and home to more world-famous art than you can shake a stick at, but Siena is the Tuscan city that makes visitors gush. If you’d like to include Siena on your Italy itinerary, here’s some information to find out how get to Siena from Rome (and vice versa).
I’m a big fan of taking the trains in Italy whenever it makes sense, but in the case of the trip between Rome and Siena the train may not be the best option. The trip from Florence to Siena (and back) is best done by bus, there’s no question about it. For the Rome-Siena trip, it’s a bit more of a toss-up. Read about your options below to decide which makes the most sense for your trip.
Quick search for Siena hotels:

Taking the Bus from Rome to Siena 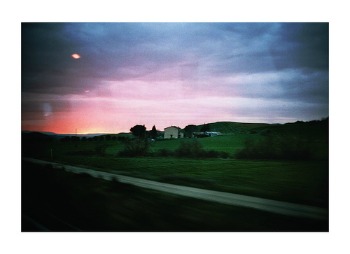 There’s a bus that runs from Rome to Siena (and back), operated by SENA (also sometimes listed under the Eurolines or Baltour names). Buses leave Rome’s Tiburtina bus station every 2.5 hours or so starting at 06:30, and the trip to Siena is about 3.5 hours. There are a few stops in Siena, including the Piazza Gramsci, which is generally most convenient if you’re staying in the historic center. A one-way adult ticket is €22 (round-trip is €44).
Buses running from Siena to Rome begin service at 06:00, although Piazza Gramsci isn’t the first departure point. Departures from Siena are less regular than those from Rome, but there are several throughout the day and the journey is about 3.5 hours. Ticket prices are the same.

Taking the Train from Rome to Siena

ShowBookingWidget();
When you hear that the train trip between Rome and Siena can be as little as 3-3.5 hours, you might assume it’s comparable to the bus trip – and Italian train travel sounds far more romantic and lovely than Italian bus travel, no? One important thing to realize, however, is that the train journey between Rome and Siena requires one train change along the way – which is easy if you’re traveling light, but if you’ve got more than one bag to carry on and off of trains then you’ll want to do everything you can to limit the number of times you have to do that.
The quickest train from Rome to Siena is one of the high-speed AV trains – the Frecciarossa – that makes the trip in about 2 hours and 40 minutes, with one train change at Chiusi. There’s a Frecciabianca (another AV train) that makes the trip in just over 3 hours and includes a train change at Grosseto. Some of the so-called slower trains can also make the trip in about 3 hours, if you’re willing to get up early to take a train at 06:30 or 08:45, or leave as late as 19:00 (these trains change in Chiusi). Longer trips on genuinely slower trains can take 3.5-4.5 hours.
As you might expect, the price of tickets varies along with the duration of the trip. A 1st class ticket on the Frecciarossa is €45.90 (2nd class is €32.90). On the Frecciabianca a 1st class ticket is €41.30 (2nd class is €31.80). The slower trains are cheaper, with tickets running €22.90-31.30 for 1st class, and €22.90-26.30 for 2nd class.
Given the necessity of changing trains and the higher price of a ticket, I’d go with the bus myself – especially since the duration of the trip is roughly the same.

Driving from Rome to Siena 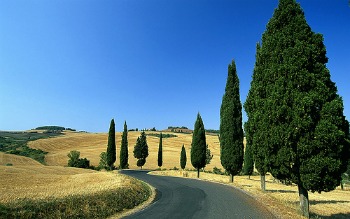 I don’t recommend driving in Italy’s big cities – it can be an unnecessary headache to deal with city traffic and an even bigger hassle to find parking. The Italian countryside, however, is ideal for a drive – so if you’ve got a few days of exploring Tuscany by car on your must-do list, your biggest hurdle will be getting out of Rome! If you can swing it, find a rental car agency on the outskirts of Rome rather than one closer to the city center. Then take a taxi to the agency’s office and drive away from there, avoiding the worst of the historic center’s traffic.
The trip between Rome and Siena should take about 2-2.5 hours, barring any major traffic backups and assuming you’re sticking to the main roads. Whether you want to take the motorway directly to Siena and get settled before exploring the countryside or you want to meander en route, I recommend using the Via Michelin site as your starting point for plotting your trip. It’s a good idea to have a GPS unit in your rental car and also a detailed driving map handy, but this site will help you get started.
Also keep in mind that although Siena isn’t a huge city, parking within the old city walls – in the historic center, in other words – is very difficult. You need to have a special permit to park in this zone, so most people park outside the old walls if their hotel doesn’t have a car park. Find out from your Siena hotel what the best solution is for parking before you leave Rome. The Siena Parcheggi (Siena Parking) website can be helpful to you if you speak Italian – there’s no English version of the site.
>> Rent a car in Italy and learn more about Italian driving laws

Flying from Rome to Siena 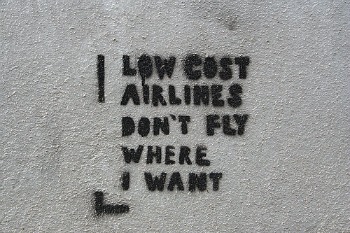 There’s a small airfield outside Siena, but it’s a military airfield – not a commercial airport.
The closest airports to Siena that you might consider are in Florence or Pisa – but it would take far more time to fly from Rome to Florence or Pisa and then take a train or bus to Siena from there than it would to simply take a train or bus directly from Rome to Siena.
In other words, don’t try to fly between Rome and Siena. It’s just not worth the trouble.

And now that you’re in Siena…