How to Get from Rome to Tuscany

Chances are good that you’ve arrived at this page because you’re planning an Italy trip and you know that after you leave Rome you want to go to Tuscany, so you need to know how to get there. The main problem isn’t one of transportation, however – it’s one of semantics.
“Rome” is a city, while “Tuscany” is a region – and a big one, at that. Simply by heading north out of the region of Lazio, in which Rome lies, you’d cross the border into Tuscany and could call that good – but I suspect that it’s not just a border crossing you’re interested in, but rather specific information about getting to a city or town within Tuscany. Let’s begin there, then, shall we? 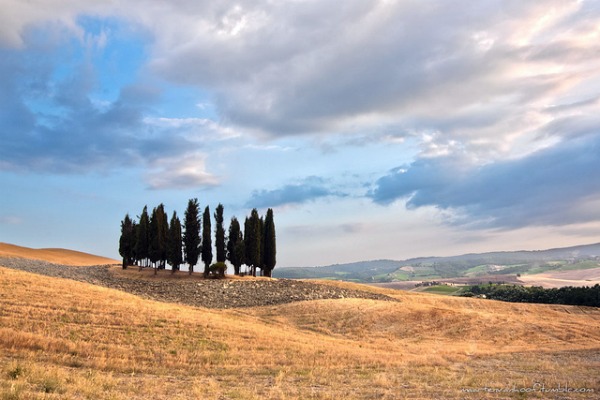 The capital of Tuscany is Florence, which – along with Rome – is one of the main stops on any Italy itinerary (especially for first-time visitors). Two other popular destinations in Tuscany are Pisa (mainly because of its famous leaning tower) and Siena. I’ve written articles about getting from Rome to each of these cities, so I’d recommend checking them out for the most in-depth information comparing the different methods of transport. 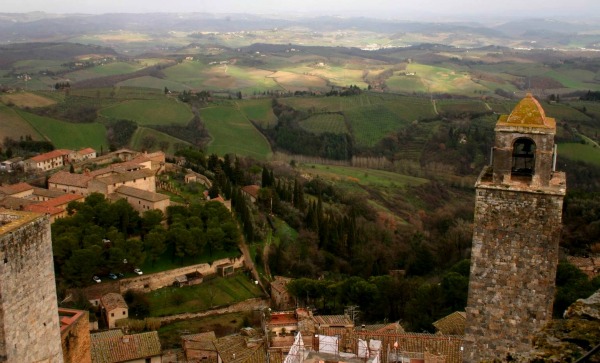 What’s the best method of transportation to get from Rome to Tuscany?

ShowBookingWidget();
Generally speaking, I’m an advocate for taking the train in Italy most of the time – especially between big cities – except in cases where the bus (or some other method of transportation) is clearly better. Getting from Rome to Florence or Pisa, the train is (in my mind) the winning option. For Siena, it’s a bit more of a toss-up between the train and the bus. Again, you’ll find details about why I think the train or bus is better, plus prices for tickets, in the articles linked in the section above.
For other cities in Tuscany, the best mode of transport depends quite a bit on what’s available in that city or town (and not just the city you’re leaving that day). Some places don’t even have a train station, so your only option for public transportation will be the bus. Another factor to consider when figuring out how to get from Rome to Tuscany is the kind of trip you’re taking. If you’re staying in one place for awhile and taking lots of day trips, a car might be the best way to go – whereas if you’re moving from town to town and just exploring the place you’re staying in, public transportation can make life easier.
I recommend looking up the transportation options for reaching the city or town you want to arrive in, and working backward from there. For instance, if you know you want to leave Rome and end up in San Gimignano, you’d look up the transportation services in San Gimignano first. You’d quickly find out that there’s no train station in the town, so you’d know that you would either have to figure out the bus transfer or rent a car. Likewise, if your destination in Tuscany was Livorno, you’d find out that Livorno is served by train, bus, and boat – and then you’d need to find out which of those options would be easiest to use from Rome.
As mentioned, generally speaking, I’d suggest going by train whenever that’s an option. After that, I’d look at the bus schedule or rent a car, depending on the kind of trip I’m taking.
>> Here’s more information about Tuscany
photos, top to bottom, by: Maarten Van Hoof, Alaskan Dude