How to Get from Rome to Venice (and Vice Versa) 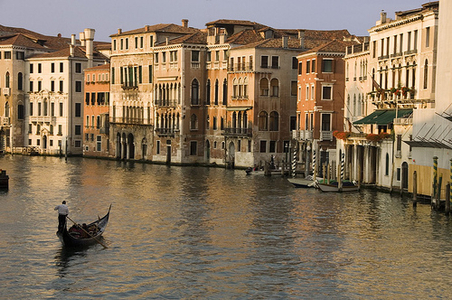 In an ideal world, all the things you wanted to see in Italy would be really close to one another and easy to reach quickly, thereby limiting the amount of your precious vacation time you’d be spending in transit. But as the song goes, “you can’t always get what you want.” And when you’ve just gotta see both Rome and Venice, there’s only one thing to do – make the journey between the two cities. So here’s a look at how to get from Rome to Venice.
A quick glance at a map of Italy will confirm that Rome and Venice aren’t right next door to one another. But with lots of transportation options, you’ll be able to get between the cities via any one of the methods, choosing the one that works best for your budget and schedule. Of course, there’s one way of getting from Rome to Venice that I think is best, and I’ll identify which one that is below, but I’m all about giving you choices and letting you pick the best one for you.

Flying from Rome to Venice 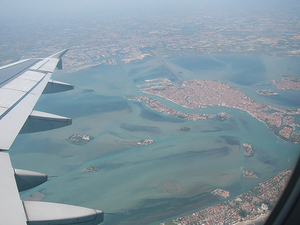 With these two cities being so many miles apart, and with both of them having international airports, you might think that taking advantage of one of Europe’s many budget airlines and hopping a flight from Rome to Venice might be your best bet. And if you have more money than time to play with on vacation, you might be right.
Rome has two airports – Fiumicino and Ciampino – so your flight options from Rome are pretty good. Ryanair flies out of Ciampino, and both easyJet and Italian budget carrier Air One fly from Fiumicino. Ryanair, however, doesn’t fly to Venice. So you have easyJet and Air One to choose from (in addition to Alitalia, which isn’t a budget airline but is in so much financial trouble lately that it may be offering some great deals).
Airfare to Venice from Rome will vary quite a bit depending on the season and the airline, but you can sometimes find flights for as low as €15 one-way on easyJet or €50 one-way (and under €100 round-trip, if you’ll need to get back to Rome) on Air One. When there aren’t stellar deals to be found, you can expect prices for tickets to be in the $130-250 range for a round-trip flight. A direct flight is just over one hour of flying time.
Keep in mind that Rome’s Fiumicino Airport isn’t right in the city center, so once you’re done being a tourist in Rome and are headed for Venice you’ll need to get from Rome to Fiumicino to begin with. So if your schedule is tightly packed and you think taking the plane is going to be only a one-hour trip, remember to factor in transportation time to the Rome airport as well as the time you’re required to arrive at the airport early before a flight. In some cases, this could mean 2-3 hours of time spent either en route to Fiumicino from Rome or waiting in an airport terminal for your flight, not to mention waiting at the Venice Marco Polo airport for your bags (if you’ve checked them) and then getting from the airport on the mainland out to the islands. I’m not saying flying from Rome to Venice is a bad idea, I’m just saying you need to keep the extra time required for the journey in mind so you don’t think you’re saving copious hours over taking a train.
Quick search for cheap flights to Venice:

Taking the Train from Rome to Venice

ShowBookingWidget();
My favorite way to get around in Italy is, without question, the train. Yes, it’ll take a little longer from station to station than a flight from Rome to Venice would take (but again, once you factor in the transit time to and from the airport and waiting time at the gate, it could very well be comparable), but it makes me feel like I’m really going somewhere – like I’m really traveling. Cooped up in an airplane doesn’t give me perspective on the distance, and certainly doesn’t let me check out the landscape as it zips by. So I still recommend the train to people most of the time.
The fastest trains from Rome to Venice take between 4-5 hours, but slower trains can take 6 hours or more (especially if you choose a night train). Many of the trains (and pretty much all of the faster ones) will require that you have a reservation along with your ticket, so you can’t necessarily just show up and hop on the next train. I suggest checking with a ticket agent at Roma Termini station to find out which trains require a reservation and which don’t. Also, when you chat with said ticket agent, make sure you’re only talking about trains that go all the way to Venezia Sant Lucia station. The other station with the name “Venezia” in it, Venezia Mestre, is on the mainland. Most trains will go through Mestre en route to the islands, but some will only go so far as Mestre before they head back – and you definitely don’t want to stop short of the islands.
A 2nd class ticket on even the fastest trains (the EuroStar and Frecciargente in particular) will cost around €60, and a 1st class ticket will be around €90. And that’s not including the reservations. For a less-fast (and less-expensive) train, you’re looking at around €40 for 2nd class and €55 for 1st class, but these still usually require reservations. Again, check with a ticket agent to be sure you’re not running the risk of getting fined for not having the proper paperwork.
>> Learn more about taking the train from Rome to Venice – or vice versa, taking the train from Venice to Rome

Driving from Rome to Venice 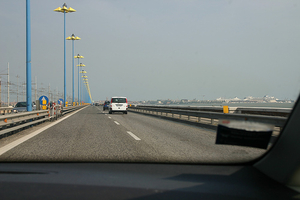 Although I’ve done some travel in Italy by car, I’m generally not a fan of driving in The Boot. And on the trips when I’ve seen the country by car, I’m not even the one doing the driving! But even for those of you who have driven in Italy and who like having a rental car at your disposal, Rome and Venice are two cities where driving is either a royal pain or completely impossible.
Having said that, if you’re determined to drive from Rome to Venice, here’s what I’d suggest. First and foremost, if at all possible, pick up your rental car outside Rome. It could be just outside Rome, in a little suburb or even at one of the city’s airports. Just try to avoid driving through Rome’s city center if you can. It’s a pain to navigate if you’re not familiar with it, nevermind trying to find a parking space.
With no traffic problems, the 540km drive from Rome to Venice should take you approximately 5.5-6 hours (and for about 4.5 hours of that you’re on the highway). Remember that there are lots of toll roads in Italy, especially the highways, so at the moment the trip will cost you more than €30 in tolls.
From Rome, you’ll head for the ring road that circles the city – the A90 highway. Which direction you go could depend on where you enter the A90 from, but in general you want to be heading north on it. The A1-DIR (also called the E35) intersects with the A90 at roughly 2 o’clock (if due north is noon), and it’s the A1-DIR you want to take. After 23km, the A1-DIR merges with the true A1, and you’ll want to do the same. You’ll be on the A1 for over 330km.
You’ll circle around Florence on the A1 (still also called the E35), and as you’re circling Bologna you’ll get off the A1 and get onto the A14 toward “Bologna Fiera” – then on the other side of the Bologna ring road you’ll get on the A13 toward “Padova – Bologna Interporto.”
You’ll stay on the A13 for about 117km, until you reach Padova’s ring road, where you’ll merge onto the A4 (also called the E70). Then you’ll look for (and take) the E55 toward “Trieste – Belluno” (among other places) and immediately look for signs for the SS11 and Venezia. Take the SR11 all the way into Venezia, into the one parking lot in the entire city at Piazzale Roma.
>> To map out the specific route, or to change the route to include less time on the highway, I recommend the Via Michelin site.

Taking the Bus from Rome to Venice 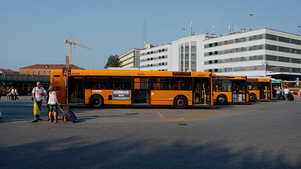 As I’ve mentioned, bus travel in Italy can be super convenient (even optimal) for some routes, and utterly frustrating (if not impossible) for others. There is no national bus service in Italy, and bus companies are essentially regional affairs. So while getting from city to city within a region is easy, getting from a city in one region to a city in another is really not worth the hassle.
Still, if you’re determined to get from Rome to Venice by bus, you’ll want to look for buses that’ll get you as far as possible within one region – and that drop you off in a city that’s big enough that it’ll have good bus connections going to the north. Eventually, the destination you’re looking for is Venice’s only parking lot – Piazzale Roma – which is really close to the city’s train station. Which, if you’re smart, is where you’ll be arriving from Rome instead of the bus stop. 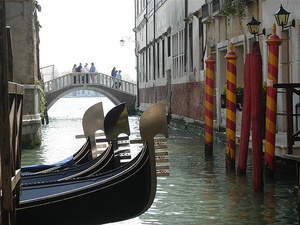 Venice could feel like a bit of culture shock after Rome, despite both cities being in Italy and both being major tourist destinations. It’s easy to write off Venice as too touristy and too crowded, but in my opinion that just means you’re not trying hard enough. Venice may require a little more work, but it’s worth it.