Some time ago, I made several lists of Italy iPhone apps that were helpful travel guides, offered language assistance, or were just fun. There are new apps being added to the App Store every half-minute, and it’s absolutely impossible to keep up, but I’ve been privileged enough to get the opportunity to play with a few Italy-related apps lately and wanted to let you know about them.
I’m also going to add these to my main iPhone apps lists (linked to the right) so those will remain complete. And if you know of an awesome Italy iPhone app that I don’t have listed somewhere already, please let me know! I won’t be able to cover every single map or guide, but if there’s something that’s especially worth noting, I’d love to know about it.
>> In many cases, I was given promotional codes so that I didn’t pay for these apps (I’ve noted below which ones I didn’t pay for), but my opinions of the apps are my own. 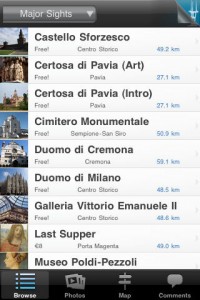 Marvelous Milan & More
$3.99
This is a city guide for Milan, but it’s more than that. All the big sights are included, plus plenty of other things to see and do (Museum of Razors? What?), and several nearby cities are also part of the app in case you’re in the area for awhile and need some day trip options. The app even includes helpful tips like ways to get in to see The Last Supper even if you haven’t made advance reservations and it’s sold out. I genuinely love Milan, and it’s pretty clear that the author of this app likes the city, too. It’s a Sutro Media app, very easy to navigate, sort-able by category, cost, and district (among other things), and lays every place discussed on a Milan map.
Note: I was given a code to try this app for free. 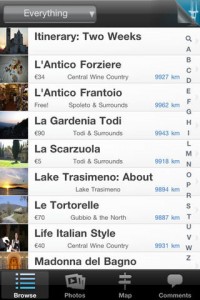 Umbria Slow: Food, Culture & Travel
$2.99
This is another Sutro Media app, very easy to navigate, sort-able by category (among other things), and this one contains a wealth of general Umbria travel tips in addition to the specific information on accommodation, attractions, and restaurants. The focus is on “slow travel,” but this app would be useful for just about anyone planning a trip to Umbria. The co-authors of this app have included a calendar of events (so you know when there are festivals going on), a list of holidays in Umbria (so you know when things may be closed), some background on the region’s history, plenty of information about driving and parking in Umbria, restaurant etiquette in Italy, and even a 2-week Umbria itinerary. There’s a section on “budget tips,” and another on “family friendly” travel information, so they’ve really covered quite a bit of ground here. Not only that, there’s an update in the works for December 2011 that will “almost double the entires included in the app,” according to the authors.
Note: I was given a code to try this app for free. 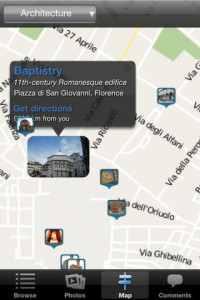 Florence Explorer
$2.99
This is another Sutro Media app, very easy to navigate, sort-able by category, cost, and district (among other things), and lays every place discussed on a Florence map. The navigation of each Sutro app is the same, but the contents are laid out differently depending on the author. In this case, there’s an emphasis placed on budget, so rather than just over-arching categories for “accommodation” and “dining,” each is broken down into several sub-categories based on the amount of money you want to spend. All of the main attractions are included, along with several lesser-known ones, there’s a separate category for gelaterie, and the app will certainly help you avoid walking into a restaurant only to find out it’s way beyond your price range.
Note: I downloaded this app for free during a promotional period when it was first released; the free download wasn’t limited to just me, however.
Other Sutro Media Italy Apps
There are a few other Italy apps that have been put out recently by the Sutro Media people, some of which were written by friends, but which I haven’t personally tested. Here are some of the other Sutro releases: 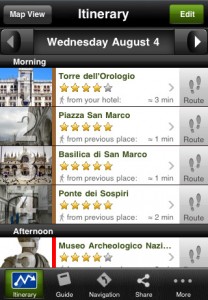 Venice Travel Guide
$5.99
This is a Venice city guide in the mTrip series of city guides (the other Italy city they offer is Rome), and it functions on a couple of levels. It can work like a travel guidebook – it has all the listings of the things you’d need information about (attractions, hotels, restaurants, etc.) – but it’ll also plan your itinerary for you if you like. You can use the “mTrip Genius” when you first open the app – put in your trip dates, customize your trip preferences on the slider bars for things like museums, monuments, and parks, and tell the app what kind of trip “intensity” you’d like to have. The app will then produce a daily itinerary for you, complete with the amount of time it takes to get from sight to sight and a route to follow. You can edit the itinerary when it’s complete, to remove or add things. Other features of the app include a “favorites” button (you can save places to your list to find them more easily later), a currency converter (under the “more” button), and general information about the city (including tips for visiting with kids).
Note: I was given a code to try this app for free. 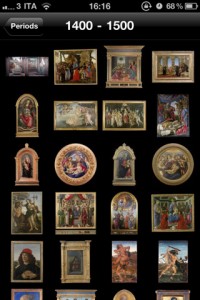 Uffizi Touch
$5.99
I included the official Uffizi iPhone app in my original list of Florence & Tuscany iPhone apps, and then a reader sent me a note about Uffizi Touch. This isn’t an official museum app, but it serves many of the same purposes. This app is navigable by time period, museum room, artist, or a short list of the museum’s masterpieces. In each case, the art is the focus, with images of many more pieces in the museum’s collection than the official Uffizi app contains. There are very high-resolution images available if your phone is connected to WiFi, too, which is ideal for zooming in much further than you can in the museum itself. Touching the “i” on each work of art gives you more information about the piece, so you can use it while you’re touring the museum or when you’re back home reviewing what’s at the Uffizi. I’m not sure you’d need to have both this and the official Uffizi app, so how are they different? This one contains far more artwork, and the official Uffizi app contains visitor information for the museum itself. You’ll need to figure out which of those things is most important to you to have in an app.
Note: I was given a code to try this app for free. 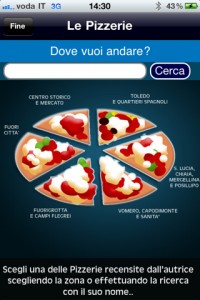 Guida alle migliori pizzerie di Napoli e dintorni
$1.99
I saw someone on Twitter mention this app, and I had to have it. It’s a guide to the best pizza places in and around Naples, written by an Italian food blogger. The app is entirely in Italian, so if you don’t speak Italian you may lose some of the details included, but it can still be useful to non-Italian speakers. Touch “Le Pizzerie” and then choose the neighborhood for which you want to see pizzeria listings by touching the appropriate “slice” of the pizza (“Centro Storico & Mercato” is the historic center, for instance). Each listing has address information for the pizzeria, as well as ratings under “La Valutazione.” (Most ratings are on a scale of 1-3 forks, but the author’s favorite places get 4 forks.) You can also see the author’s picks by choosing “La scelta di Monica” on the main menu.
Note: I bought this app myself. 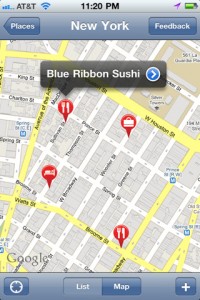 TripDoc Travel Planner & Organizer
$3.99
This isn’t an Italy-specific app, but it’s my favorite travel app and can be useful no matter where you’re going, so I’m including it in this list anyway. This is the app that lets you keep all those scribbled notes in the margins of your guidebook and those travel recommendations from friends organized and easy to find – and plotted on a map. Add places to the app – hotels, attractions, restaurants, cafes, etc. – for any destination, and then when you’re standing on a street corner in (let’s say) Milan at lunchtime you can pull up the Milan map and see whether any of the listings you’ve saved are nearby. I use TripDoc for my home city of Portland more often than I use it for traveling, but every time I’ve traveled it’s been extremely handy – and although it will tell you where you are on the map if you’ve got WiFi or phone service, it can work when it’s disconnected, too. The only thing you’d need to do is make sure you’d pulled up the map of the city you want to see when you have WiFi, so when you pull up that map later it’s still saved on your screen. With the latest update of the app you can also view your saved places (and add more) via the web.
Note: I was given a code to try this app for free.