Getting from Milan to Pisa (& vice versa) 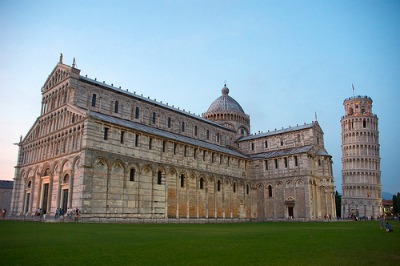 Milan is one of the most common entry points for travelers in Italy, but it’s a city most visitors don’t want to spend any time in. Pisa is one of the most popular stops on an Italy tour, but usually for no longer than an hour or two. Both cities warrant further exploration than they typically get, if you ask me, and I hope this primer on how to get from Milan to Pisa helps inspire you to spend a couple days in each one.
Oh, and the information works if you’re going from Pisa to Milan, too – you’ll need to confirm departure times for some things, but the journey duration and ticket price should be about the same in both directions.

Taking the Train from Milan to Pisa

ShowBookingWidget();
It probably won’t surprise you to learn that I think the train is the best option for getting from Milan to Pisa. It’s not such a quick journey that it makes a good day trip option, but it doesn’t require you to change trains anywhere along the way – and that’s a good thing.
Trains leave Milan bound for Pisa only a couple times a day, so check the schedule in advance so you don’t miss your chances. The same is true of the reverse journey – Pisa-Milan trains only run a couple of times a day.
The trip is about 3 hours 45 minutes one way, and tickets range from $69 for second class up to $99 for first class. You can get cheaper “Saver Fare” tickets (called “Mini Tarriff” by Trenitalia) by booking in advance – second class fares can be in the $39 range, while first class tickets can be $56 if you time your purchase right.
The trains that connect Milan and Pisa are high-speed trains, so you’ll need reservations in addition to tickets. If you have a Eurail Pass already, that means you’ll still need to buy a reservation – but the Eurail Pass acts as your ticket.

Taking the Bus from Milan to Pisa 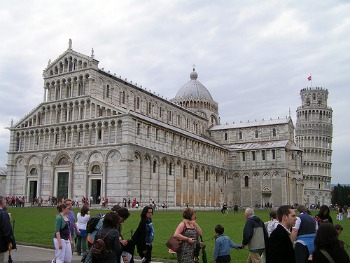 Taking the bus between regions in Italy isn’t always easy, but if you don’t mind transferring from a bus to a train in Florence, you can make most of the journey on the cheaper bus.
The SENA Autolinee company has a Milan-Florence bus, which it runs in a partnership with Baltour and Eurolines, and that departs from Milan six times per day. The trip takes about 5.5 hours one way on the direct buses (some require one change along the way), and a regular ticket is only €27. As mentioned, once in Florence you’ll have to change to the train to get to Pisa (there aren’t buses that connect those cities), but that train trip is brief and cheap (about an hour, and $9-13 depending on the class).
If you’re making the return trip, you’d need to take the train from Pisa as far as Florence, and then could get on the SENA bus from Florence to Milan. Those buses leave four times a day and take about four hours one way (some require changes midway).
>> Read more about getting from Florence to Pisa

Driving from Milan to Pisa 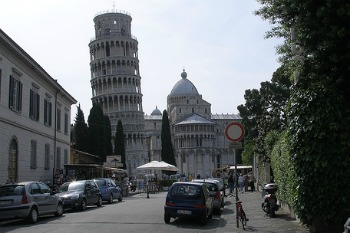 For some, there’s nothing quite like zipping through the Italian countryside in your own car – and while I don’t recommend having a car for itineraries that concentrate on major cities that are easily accessible by public transportation, those of you who are planning lots of meandering day trips in the regions around where you’re staying would benefit from having a car at your disposal. So here’s what you need to know to get from Milan to Pisa by car.
First of all, plot out your basic route on Via Michelin. It’s a handy site that helps you see, generally, what you’re in for. In this case, the Milan-Pisa trip is 286km, which should take just under 3 hours (assuming you don’t hit traffic or stop along the way) and cost a little over €23 in tolls (if you use the highway). I wouldn’t rely on Via Michelin to be your sole guide, however – it’s always a good idea to have a good driving map of Italy with you if you’re renting a car. Having a car with a GPS unit (or turning your smartphone into a GPS unit) is awesome, but if something gets zapped it’s nice to have the analog version as a backup.
>> Read more about renting a car in Italy and learn the driving rules in Italy

Flying from Milan to Pisa 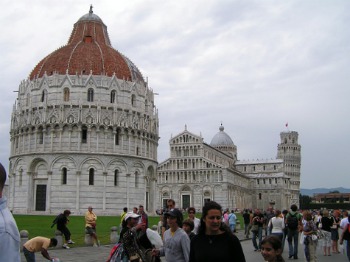 Milan has two airports serving the city, and Pisa’s airport is the primary Tuscan airport. Still, every flight I can find that connects the two cities requires a layover in Rome – not exactly direct, if you’re looking at a map. The trip is about three hours at its shortest.
Round-trip flights start in the €195-220 range, and one-way tickets are in the €95-125 range. There isn’t a budget carrier that connects these cities, which is part of the reason the cost is high – you’ll be flying Alitalia. Flying to Florence (a smaller airport) doesn’t help, even though Meridiana Fly covers that route – the price is still about the same.
All things considered, the high cost plus the fact that it’s not really any faster than the train makes flying from Milan-Pisa (or from Pisa-Milan) not an efficient or economical option. Of course, if you want to search your options anyway, you can use the search box here: 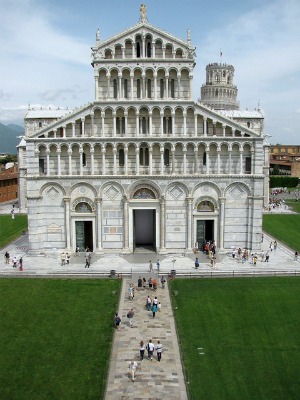 Pisa is a brief two-hour stop for most people, but it also makes a great home base from which to explore Tuscany. Here are some tools to help you plan your stay in this under-appreciated city.