How to Get from Venice to Florence (& vice versa) 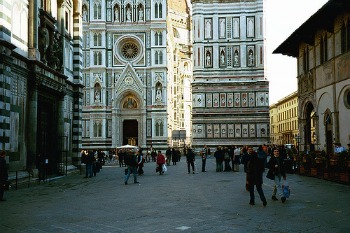 Since Venice and Florence are two major stops on most Italy tours, it’s no wonder that getting from one of them to the other is something many travelers want to know about.
You do have a few options to choose from when it comes to transportation between these cities, but there’s one clear favorite for the vast majority of people – and that’s the train.
I’ve provided you with information about the other options, too, which may be helpful if you’re on a stricter budget or you’re taking a more meandering route to get to the Tuscan capital from Venice.

Taking the Train from Venice to Florence

ShowBookingWidget();
The best option for most travelers going from Venice to Florence (or going from Florence to Venice) is to take the train. The high-speed AV trains run roughly once per hour, and the trip takes just over two hours (with no train changes required). One-way tickets in first class are €60, and second class is €43.
There are some slower trains that are a bit cheaper, but these tend to run in the evenings or very early in the morning (and may require a train change midway). Those trips can take between 3-4.5 hours, and in some cases the tickets are only a few euro more than a second class ticket on the high speed trains. Tickets on the slower trains can run between €24-49 one-way. There’s no differentiation between classes on these slower trains, so there’s only one ticket price per train.
Note that the high-speed AV trains do require reservations in addition to train tickets, so even if you already have an Italy Rail Pass (which acts as your ticket) you need to get a reservation for the AV trains. You can do that either via the search box to the right (select “Seat Reservation Only”) or at the train station ticket counter when you get to Italy.
>> Learn more about the difference between train tickets and reservations in Italy

Driving from Venice to Florence 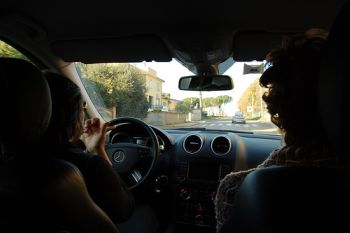 I don’t recommend driving to Venice – there’s nowhere to drive once you get there, anyway – and frankly if your only goal is to get from Venice into the city of Florence and nowhere else in Tuscany, I don’t think having a car is the smartest option, either. If, on the other hand, you’re planning to meander your way down to Florence from Venice, then having a car would be delightful. Once you got out of Venice, that is.
Venice-Florence in one go is just over 260km, which is about 3.5 hours (assuming there are no traffic delays). In addition to providing the distance and the amount of time the trip should take, the Via Michelin site (a personal favorite for driving directions in Europe) also gives you an estimate on how much it will cost – both in fuel and in road tolls. The Venice-Florence trip costs about €42.
If you’re planning to do this trip by car, I’d suggest plotting the specific route on Via Michelin – you can even plug in stops along the way, which is ideal if you’d like to make the trip last a few days).
>> Learn more about driving in Italy before you get behind the wheel of your Italy rental car

Flying from Venice to Florence 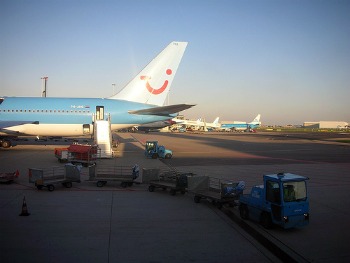 Venice happens to be where my favorite (so far) international airport in Italy is located. And although Florence has an international airport, it’s a small one – the main airport for the region of Tuscany is in nearby Pisa. Still, even though both of these cities have airports, that doesn’t mean flying between them is a good idea.
In fact, when I was hunting for information on this flight route, it became clear that the people in charge of the airports in Venice, Florence, and Pisa also don’t think it’s a good idea to fly between them – because all I found were routes that required a plane change in Rome. Look at a map of Italy to see why flying from Venice to Rome only to fly back to Florence isn’t advisable.
>> Learn more about finding cheap airfare to Venice

Taking the Bus from Venice to Florence 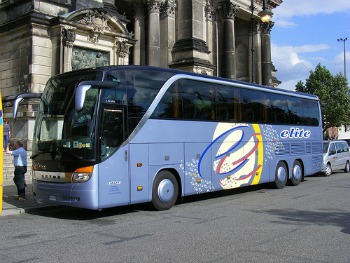 Bus travel from one region to another in Italy can be complicated. Unlike the train system, the bus system in Italy isn’t a nationally-run network – so while getting around within any one region by bus can be quite economical, getting from one region to another can be a headache.
There are some bus companies that do cross regional borders – it just takes a little work to find them.
For the route connecting Venice and Florence, there’s a partnership between SENA, Baltour, and Eurolines. They run coaches from Venice to Florence (and beyond) every day. There are a few stops in Florence, and the trip is about 5 hours one-way. Buses leave Venice a couple times a day, so you’ll need to plan out your departure more than if there were frequent buses running all day long. A one-way ticket on the bus between Venice and Florence costs €21 (it’s €10.50 for kids ages 2-12).
Incidentally, if you’re making the trip in the other direction (Florence-Venice), it’s the same thing in reverse – buses leave Florence only a couple times a day, and the trip to Venice is about 5 hours.
>> Learn more about riding buses in Italy, and get bus tickets on the Venice-Florence route directly from the SENA website (in Italian) 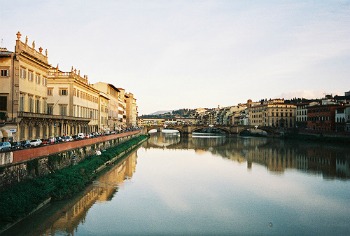