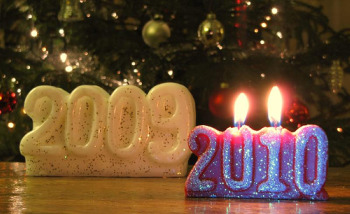 I’m not one for New Year’s resolutions, so usually this time of year sort of passes by without much in the way of self-reflection on my part. But even though I’m still not making any New Year’s resolutions for 2010, I am prepared to do a little navel-gazing – of a professional variety, that is.
2009 was a pretty big year for WhyGo Italy – we launched a brand new design (which I’m still tickled by, and I hope you still think is snazzy) and continue to be blessed by increasing numbers of visitors who are asking all kinds of great questions about traveling in Italy. If travel budgets were down in 2009, traffic on WhyGo Italy didn’t indicate that. There is, after all, only one Rome in the world, right? Even if people are traveling less, they’re not going to miss out on things like Italy if they can help it.
January is also a special month for WhyGo Italy, as the site was officially started as more of a bloggy endeavor back in January of 2007. At that point, I was writing a few posts – mostly about Italian news – on the weekends in my spare time, just because I loved having an outlet to write about Italy. Oh, how times have changed.
WhyGo Italy is now a site I no longer even describe as a blog – it’s an online travel guide to Italy – although I will continue to inject plenty of personality into everything I write here. The articles that I tend to publish these days, however, are more of the travel guide variety and less of the fun or funny variety. Which is why it’s particularly fun for me to look back over the articles that were the most popular in the last year – yes, there are some of the fun/funny ones on the list, but some of the really useful travel guide-y ones are there, too.
Here’s a list of the 10 articles y’all visited the most during 2009.

So that’s it – the most popular articles from WhyGo Italy in 2009. It’ll be interesting to try this exercise again in a year and see if anything from this year remains in the top 10!
photo at the top by Optical Illusion; all other photo credits on the articles from which the thumbnails were taken