Things You Should Know About Italy

Italy is such a popular tourist destination that it’s easy to fall into the trap of thinking you know the basics about Italy before you get there. You probably know which cities you want to visit and what famous sights are in each one, and you might have done some reading about the history of Italy to give yourself some context for what you’re going to see.
All of this is a very good start to an Italy trip – and you’ll still arrive in Italy without a few pieces of critical information, in my opinion.
Here’s my list of a few of the things you need to know about Italy before you go.

Italy might be small, but it can take awhile to get around. 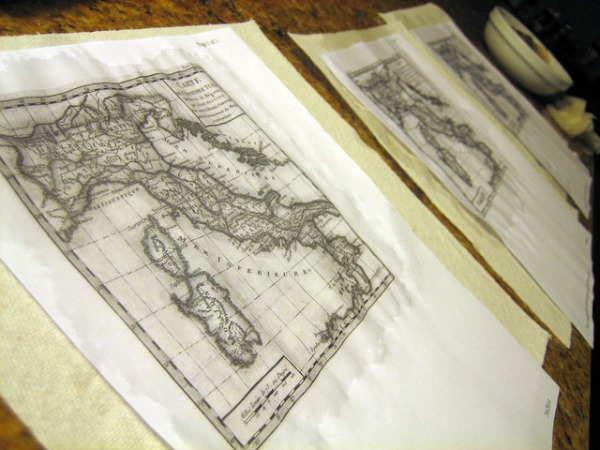 Italy isn’t a huge country. It’s roughly the same distance from top to toe as California, and slightly larger than Arizona in terms of square miles. It’s tempting to mentally overlay a map of Italy with a place you know and then assume that getting around Italy will be similar to that place, but this jump can often lead to planning headaches.
The reality is that while Italy may not be a huge country, it still can take quite awhile to get from city to city. Instead of planning an Italy itinerary based solely on looking at a map, then, it’s critical that you also look up transportation times before settling on an itinerary. It really sucks to think you’ll have a full day to explore Venice only to find yourself with four hours after a longer-than-expected train trip.
Thankfully, the extra step of looking up travel times is easy to deal with if you’re either driving or taking trains in Italy. In both cases, there are online tools to give you approximate (or exact) transfer times between cities. If you’re driving, I like the Via Michelin site – it offers estimates of how long a drive will take (including options for different types of routes) as well as roughly what you’d spend in highway tolls and fuel.

ShowBookingWidget();
If you’re taking the train, you can use the Italy rail search tool to the right to look up the travel times between any two Italian towns (provided they have train service, of course) – the results page will show you your train options, so you know the range for travel times, as well as how much tickets cost.
It’s possible to find out the travel times if you’re going by bus or boat as well, it’s just a bit more challenging – you’ll need to either track down an article that discusses your specific route (there are several in the Italy transportation section of this website) or find the websites for the specific bus or boat companies you’d be booking. Whereas there’s a nationwide train system, making it easy to look up any rail route on one website, there isn’t a national bus or boat system, so it just requires a bit more digging to find the information you need.

Italians are extremely forgiving of our bad language skills. 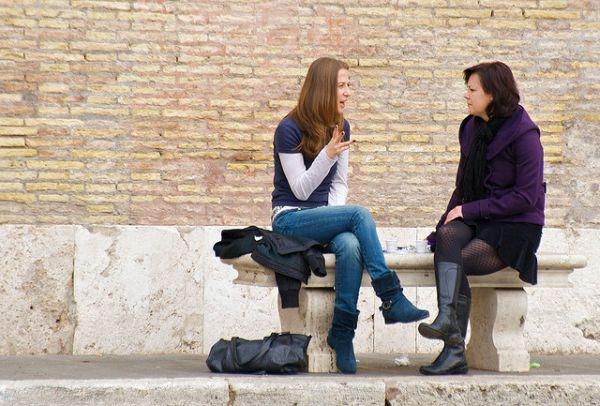 One of the things I learned to love about the Italians very early on was how happy they were every time I tried (and stumbled) over the Italian language. I’d get through the simplest and briefest sentences and they’d say, “Oh, you speak Italian so well!” when I knew I didn’t. It wasn’t ridiculous flattery, however – they were genuinely thrilled that I was making an effort and knew more than three Italian words.
What I’ve decided in the years since that first visit is that the Italians have an innate sense of how useless it is (in a global sense) to learn Italian. Outside Italy itself (which, as we established above, isn’t a huge country) there are very few places in the world where knowing Italian is helpful, let alone necessary. Consequently, even in Italy, people routinely ask why I’m learning Italian.
What this means for travelers in Italy is that it doesn’t take fluency to charm the locals. Learn more than a few words of Italian and you’ll get plenty of happy replies. Of course, if you’re only in the most popular cities in the busiest tourist season, not every Italian is going to be ga-ga over your ability to say “buongiorno” properly – but you’ll be pleasantly surprised at how far a small arsenal of Italian phrases will go.
Now, Italians will often correct you if you’re mispronouncing something or using a word slightly improperly, but it’s not with a snide “stupid foreigner” attitude. On the contrary, they’re excited that you’re partway there and want to help you get it right.
It’s worth noting that although it’s probably the Italian word we’re all eager to use liberally when we first arrive in Italy, it’s not always a good idea to say “ciao” to everyone you meet. Also, regional dialects in Italy are so strong that many don’t sound like they’re even related to Italian. If you think you’re muddling along pretty well with your Italian until you can’t understand someone at all, it’s possible they’re speaking a dialect and not Italian at all.

There’s no such thing as “Italian food.” 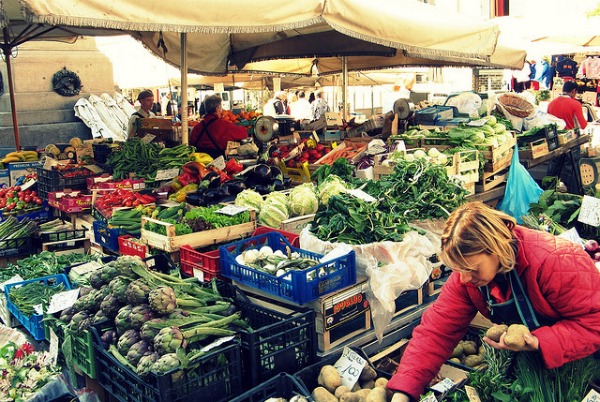 This one may come as a surprise to you, but one of the biggest misconceptions people have about Italy is that there’s one overarching cuisine called “Italian food.” We’re so familiar with the menus at the Italian restaurants where we live that we think we know at least a little of what to expect when we get to restaurants in Italy, but in that sense the globalization of Italian cuisine has given us a false sense of authority.
Rather than having the same kind of food from the top to the toe of Italy, the cuisine of Italy is instead incredibly regional. In some places, you’ll find that two towns a few kilometers apart have different ways of preparing the same dish – and each says theirs is the “right” way while the other town has it all wrong. And, of course, the best example of the regionality of the food is the fact that to every Italian the best way to cook any dish is the way Mamma makes it.
What does this mean for travelers? It means you’ve got much more to explore food-wise than you might have thought. Find out what the local and seasonal specialties are in the places you’re visiting and then order them. My favorite method for doing this is a book that’s now (sadly) out of print, but even without that guide you can do a pretty good job of figuring out what a given area specializes in by simply wandering through an Italian market or two. Check out what looks like the freshest produce and seafood, and what meats seem prevalent, and you’ve got a good head-start to figuring out what to look for on menus.
Now, you may learn that pizza was born in Naples and Rome is home to spaghetti alla carbonara, but that doesn’t mean you won’t find them on menus throughout the country. Some dishes are found nearly everywhere (especially pizza), but in most cases there are alternatives on every menu that showcase local ingredients – and those are the dishes you want to know about so you don’t accidentally miss out on something more unique.
There’s an organization that’s trying to preserve the regional foods of Italy, and they also make it possible for you to sample these dishes prepared by home cooks. I’m a big fan of Home Food, and if you’re even remotely inclined toward being a foodie, it’s worth checking out.

There is still an “off the beaten path” in Italy. 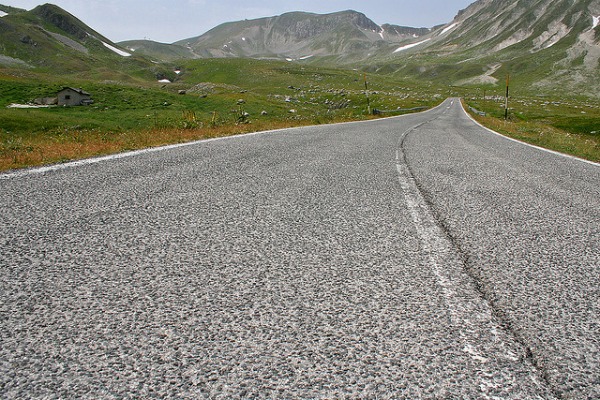 Every traveler seems to be looking for the “off the beaten path” places no matter where they go – and in a country as inundated with visitors as Italy you’d be right to assume finding those off-track spots is more of a challenge than it is in (for instance) Albania. What most people don’t believe, however, is that you can get away from the crowds even in the most popular parts of Italy.
Perhaps the best example of the fact that even Italy’s most visited cities have quiet corners is Venice. The city is tiny, and it’s notoriously packed with tourists every single day of the year. Yet even in the height of summer the vast majority of the people in Venice stick to one particular path from the train station to St. Mark’s Square, and it only takes a couple minutes of walking away from that path to find quiet streets.
Tuscany was already a major tourist destination before Frances Mayes wrote her famous book, but even today there are parts of the region that are nearly empty of visitors. In this case, it’s because the tourist track is any city that’s on the rail line – all it takes is renting a car and taking whatever roads look interesting to get away from the crowds.
If you really want to get into the Italian hinterlands, however, one of the best things you can do is plan a trip in southern Italy. Even Naples tends to be overlooked by travelers making a beeline for Pompeii or the Amalfi Coast, and the regions in the bottom half of the boot are all but ignored (except for their gorgeous beaches, which can get extremely crowded during the summer months).
There are, to be sure, parts of northern Italy that are overlooked by visitors, too – like Tuscany, your best bet for finding the less-crowded spots north of Rome involves renting a car and getting away from towns served by rail. Another option is to look for places that have bus service but not train service, as these tend to be somewhere in between the over-crowded cities and the truly empty places (but don’t require that you drive in Italy!).

More things you should know about Italy…

I’ve written several articles on things you should know about different cities around Italy, so for more interesting tidbits here’s the entire collection: