Ever since the creation of the E.U. erased the need for checks at many border crossings, it can be tough to tell when you’ve crossed from one country into another – but it’s even more difficult when one country is entirely within another country. Such is the case with the Republic of San Marino, an enclave entirely contained within Italy. 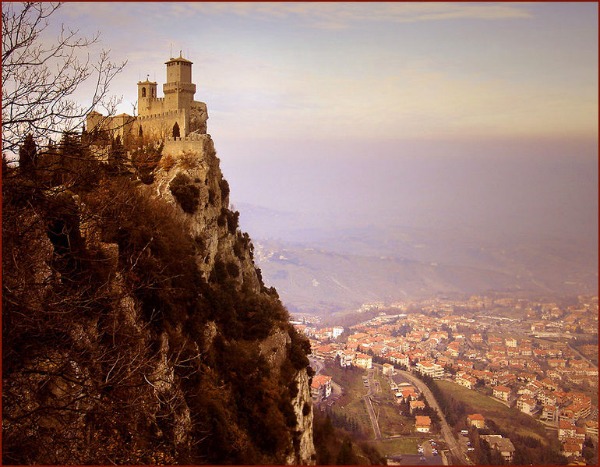 San Marino is tiny at only 24 square miles, and there’s very little about stepping into the Republic from Italy that would make you feel like you’ve left the country that surrounds it. This is, however, the “oldest surviving sovereign state and constitutional republic in the world,” so although its footprint may be small its historic importance is huge.

The Republic of San Marino’s constitution was enacted in 1600, but the republic dates back to 301 A.D. when a stonemason settled on this spot after fleeing from present-day Croatia. Much of the reason San Marino has maintained its independence through the many wars and border adjustments over the millennia is its location and its size – it’s both difficult to reach and small enough to not seem worth the trouble.

Visitors today definitely think San Marino is worth the trouble – tourism accounts for a large part of the Republic’s economy each year – and although you can make it a day trip from nearby cities in Emilia-Romagna and Le Marche, you can also stay right in San Marino for a few days to explore.

On this page, you’ll find a basic overview of travel information for San Marino, including links to other articles on WhyGo Italy to help you plan your San Marino trip. If you have trouble finding what you’re looking for, please let me know.

>> Note that the indication of where San Marino is on the map to the right is approximate. 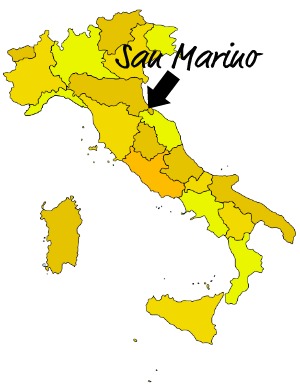 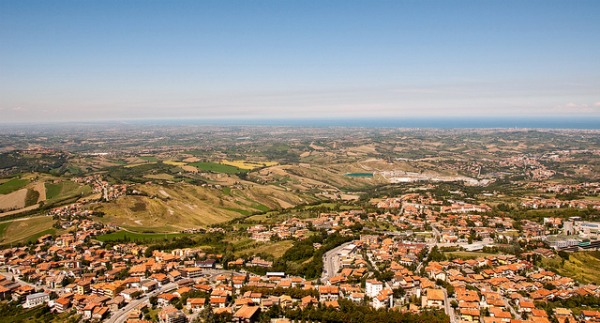 Where to Stay in San Marino

Despite the fact that tourism an important part of San Marino’s economy, most people venture in for a day trip and then go back to their accommodation in nearby Italian towns. There are hotels in San Marino, to be sure, but keep in mind that this is an extremely wealthy Republic (the quality of life is likened to Switzerland by some) – which means that many of the hotels are quite high-end and therefore quite expensive.

If you’d like to stay the night somewhere in San Marino rather than just popping in and out in a day but you don’t want to spend a fortune, don’t overlook the listings for hostels. These aren’t necessarily traditional dorm-style hostels, they’re simply budget-friendly hotels, often small and family-run, that put their information on hostels lists because of their pricetag.

Also note that, as mentioned above, there’s no rail service in San Marino – so in order to get anywhere in the country you’ll need to use the local bus system or rent a car.

Here are some links to articles about hotels and hostels in some of the cities in San Marino:

If you prefer to spend the night in nearby Rimini or Pesaro instead, here are some other accommodation options: 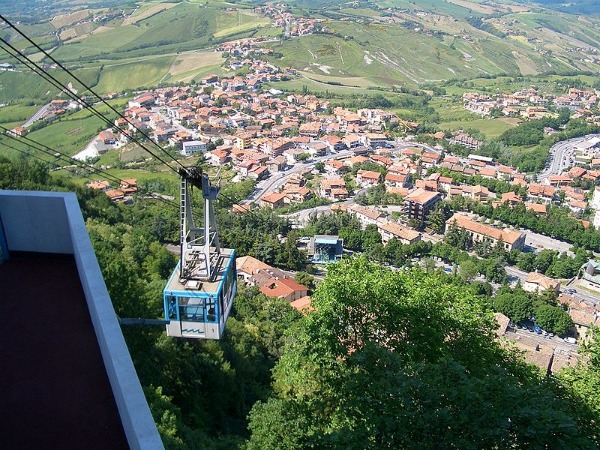 What to Do & See in San Marino

For most visitors to San Marino, the main objective is to say they’ve set foot in this microstate – and perhaps to mail a postcard using the Republic’s unique stamps. You can also get your passport stamped at the tourist information center in the city of San Marino, for a €5 fee.

If it’s sights and attractions you’re looking for, however, San Marino offers several of historic significance. The capital city has several churches and palaces worth visiting, but perhaps the most iconic images of San Marino are its three towers. Built in the 11th, 13th, and 14th centuries, these towers sit atop the three peaks of Mount Titano overlooking the city. Two of the towers are open to visitors (one contains a museum), and the views from the towers are spectacular. Outside the capital, there are more than 40 hamlets and villages in San Marino, many of which have historic buildings and town centers.

Aside from the main pursuits of country collecting and history seeking, another popular pastime for visitors and residents alike in San Marino is shopping. It tends to be on the high-end of the retail scale, but since San Marino is on the euro just like Italy at least you don’t have to worry about exchanging money. 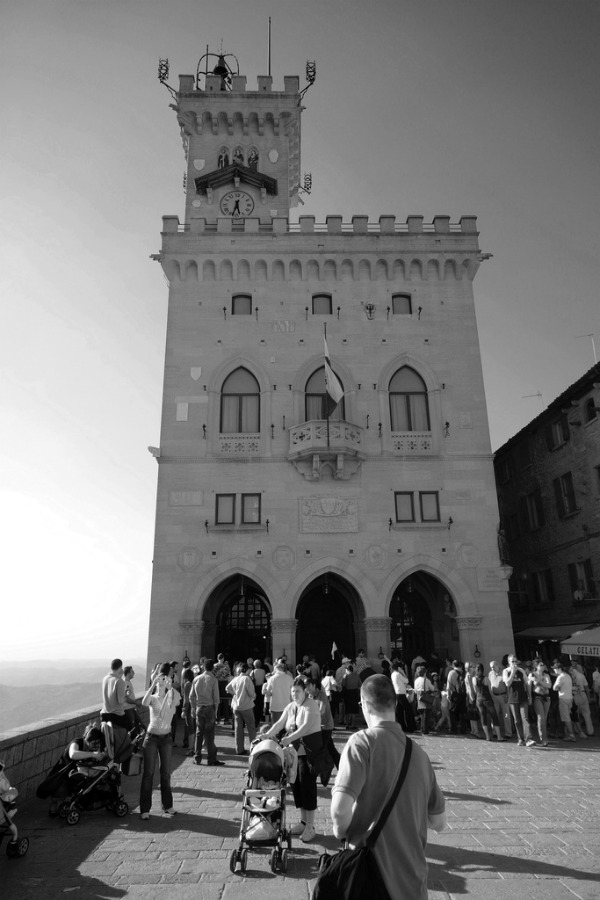 Where to Go in San Marino

The main destination of most visitors is the city of San Marino, both because it’s the capital and because it’s where you’ll find Monte Titano and its three famous towers. Despite the Republic’s small size, however, there are nine official municipalities that are further broken down into more than 40 small villages called curazie – meaning that after you have trouble discerning when you cross into San Marino from Italy and vice versa, you’ll likely have even less of an idea of when you cross from one curazia into another one. Your best bet is probably to drive where the road looks interesting and enjoy the journey – no matter where it takes you.

Here are a few of the towns and curazie of San Marino you might have on your list: 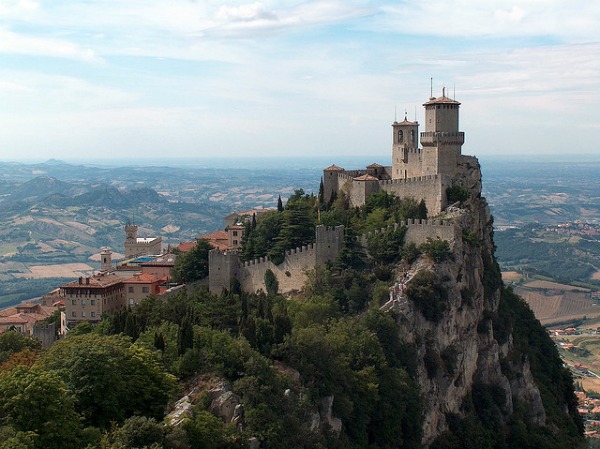