Here are some article about riding trains in Italy that should help you in the planning process: 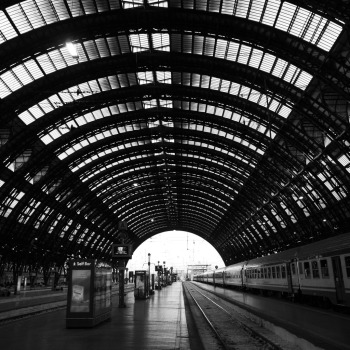 When you look at a map of Europe, you might think that Italy isn’t a very big country so it can’t be difficult to get around quickly and easily. And while you’re right that Italy is fairly small compared to some of its European neighbors, getting around Italy still takes time and needs to be considered when planning any trip to Italy.

Taking the train in Italy remains by far my favorite way to get from place to place. Many visitors tend to think in terms of renting a car or even flying from one city to another, and while that’s do-able the vast majority of Italians use the trains in Italy to get where they’re going. It’s cheap, it’s efficient (barring one of those famous rail strikes, that is), and the country is criss-crossed with a spiderweb of rail lines that makes it very easy to get just about anywhere on Italian trains.

Using the Italian railways to get around the country is reasonably easy, but since many visitors don’t regularly travel by train at home it’s a good idea to do a little research before you get to a train station in Italy to figure out what kind of ticket, rail pass or reservation you’ll need, what the different kinds (and speeds) of trains are, and what you have to do with your ticket or rail pass before you get on board the train so as not to incur a fine. The good news is that it’s not hard to get the hang of it, and pretty soon you’ll be riding the rails like an old pro.