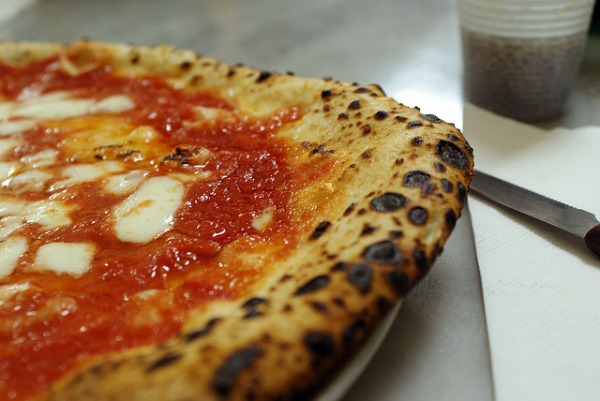 You don’t have to be a chef or so-called “wine snob” to be excited by the food in Italy. If you’ve got three weeks in Italy and you’d like your trip to include some of the big sights while also focusing on some of the country’s best food regions, then here’s a 3-week Italy itinerary you might be interested in.
I call this suggested 3-week Italy itinerary a “foodie’s Italy” tour, because you’ll get to spend time in some of Italy’s most famous food-centric areas and there’s even an optional stint at a cooking school included. Along with all the culinary goodies, there are still major Italy destinations in this itinerary, so you’ll have some things to do and see between meals.
Note that excellent food is found all over Italy, and no matter where you go in the country you can find examples of traditional dishes being made by people who care deeply about what they put on the table. This itinerary isn’t the only foodie tour you can do in Italy, just one suggestion.
Itinerary Quick Overview:

The main assumption I’m making here is that you’re buying “open-jaw” plane tickets – flying into one city and out of another. This maximizes your time in Italy because it doesn’t require you to back-track to return to your arrival city for your flight home.

This itinerary is a good option for people who may have visited Italy before, and so have already seen some of the major tourist cities, or who are generally more interested in the food than in checking off sights. This itinerary allows for a little slowing down between transit days (no stop is fewer than a two-night stay in a hotel).

For this itinerary, you’ll fly into either Milan (MXP) or Turin (TRN) and out of Naples (NAP).
If you can’t find a cheap flight to Turin, you’ll likely have more luck finding cheap flights to Milan. You can then go directly to Turin from Milan’s airport. Be sure to check on the budget airlines that fly to Italy, in case you can fly into a different European city and then hop on a budget flight to Turin from there. Some of the budget carriers that serve Turin’s Caselle Airport are Blu-Express, Brussels Airlines, Meridiana Fly, Ryanair, and Wind Jet.
Quick search for flights to Milan:

Quick search for flights to Turin:

ShowBookingWidget();
This itinerary requires that you have a rental car for at least part of your trip. You can do parts of the itinerary via public transportation (train and bus), but to more easily reach some of the remote foodie spots it’s imperative that you have a car. I highly recommend getting a rental car with a GPS unit in addition to having a good driving map, as it takes much of the stress out of driving in Italy.
I’d suggest renting a car at the beginning of your trip – either at the airport or in the city of Turin when you’re preparing to leave for Alba – and dropping it off after your time at the agriturismo or cooking school so that you don’t have to drive the car into Rome. From there, you can take the train or the bus to reach all the rest of the destinations on the itinerary.
Note that parking can be difficult in historic city centers, so be sure to check with your hotels about any parking they might have available or what they suggest if you’re driving into the city.

Quick search for hotels in Turin:

This itinerary starts with an “or” simply because of airports. Ideally, you’ll fly into Turin’s Caselle Airport, arriving in the morning, and get settled right into your hotel. Because finding cheap airfare into Turin isn’t often as easy as finding cheap airfare into Milan, however, you may need to fly into nearby Milan’s Malpensa Airport. You can choose to stay in Milan overnight if you’d like to see Milan’s sights or do some shopping before diving into your food-centric trip, or you can fly into Malpensa and go directly to Turin.
Turin’s most famous contribution to food is probably the now-quintessential combination of chocolate with hazelnut paste – so you’ll get to start your trip on a sweet note. The best-known name is Nutella, but the flavor combination dates back to the mid-1800s. There’s a chocolate festival in Turin each spring, but you can sample the city’s chocolates with a ChocoPass (good for two days) or by simply visiting the famous Caffe Bicerin. Turin is also the home of the “Shroud of Turin,” and you can see a replica on display at the Shroud Museum in Turin.
If you didn’t rent a car at the airport, you’ll rent a car after your second night in Italy so you can drive to Alba. I like the Via Michelin site to get an idea of driving routes and distances, and the Turin-Alba drive is listed as a 75km trip, taking roughly one hour and 15 minutes via the highway.
If you stay in Milan:

You’ll get to Alba and settle into your hotel, and then set out to explore and eat as much as possible. It’s a small city at the center of the Piedmont region that’s particularly famous for truffles and wine (including Barbera, Nebbiolo, Dolcetto, and Barbaresco), so if you’re drawn to either of those things you may want to plan your visit for the fall when there are harvest and truffle festivals.
There are cultural and historic attractions in Alba, to be sure, and you’ll need to walk between them to work off each meal in order to have room for the next one. After a couple of days wandering and eating in Alba, you’ll drive to Genoa on the Ligurian coast. The Via Michelin site lists this as a 147km journey taking roughly one hour and 40 minutes via the highway.
You might also like:

You’ll get settled into your Genoa hotel (I recommend booking a hotel either right in or close enough to the historic center that you can walk there, especially for such a short visit) and begin to explore your dining and sightseeing options.
Perhaps Genoa’s most famous culinary contribution is pesto alla genovese, which you’ll find in abundance on pasta dishes. There are a couple breads that are well-known in Liguria – a chick-pea flour focaccia-like bread called farinata and a more traditional focaccia that is often eaten as street food.
Italy’s borders are almost entirely coastal, so it makes sense that much of the cuisine revolves around seafood. In Genoa, that means finding grilled fish of all kinds as well as shellfish. Fresh anchovies are popular in the nearby Cinque Terre, so can also be found in Genoa – and if you’ve never had anything but the briny, oil-embalmed versions that come out of a can, you’re in for a surprise with the fresh version in Liguria.
After your second night in Genoa, you’ll drive to Bologna. Via Michelin says this is a 302km trip that will take roughly 3 hours on the highway.
You might also like:

You’ll get to Bologna and settle into your hotel, probably by mid-afternoon. Bologna is the capital of what many consider Italy’s main foodie region, Emilia-Romagna, and using the city as a homebase for a few days means you can take day trips to see where Italian classics like balsamic vinegar, parmigiano reggiano cheese, and prosciutto di Parma are made. You can also eat quite well in Bologna, too, sampling the region’s famous tortellini in brodo and bolognese pasta sauce.
Good day trip options from Bologna include Parma and Modena, as well as the countryside around each, and for a non-food day trip you can visit the factories and museums of both Ferrari and Lamborghini just outside Bologna. Having a car means you can get to and from each of the food tour sites more easily, and you can also use it for a bit of aimless exploring.
You might also like:

5 hotel nights
This part of the trip can go one of two ways. You could choose to stay in an agriturismo or rent an apartment/villa and take advantage of a local market to try to emulate some of your favorite Italian dishes, or you could book a spot at a cooking school. Many agriturismi have cooking classes on offer, which could be an option between the two – you’d get some cooking instruction and you’d still have some free time to explore the area or just relax. If you’re interested in doing a cooking school, I’d recommend scheduling that first and building the rest of the itinerary around it.
There are cooking schools throughout Italy, but to continue in the general direction in which you’re already going I’d suggest looking at schools in Emilia-Romagna, Umbria, Le Marche, Tuscany, Abruzzo, or Lazio. I’d also suggest trying to drop off your rental car in a city outside Rome to avoid driving in the busy capital city – find a regional capital that’s more likely to have a place to drop-off a car as well as a train station from which you can easily reach Rome’s Termini station.
You might also like:

Since this is a food-centric tour, you’ve got less time in Rome than I would normally recommend during a 3-week trip – but again, the assumption is you’ve either visited Rome before or you’re not bothered about hitting the highlights and moving on.
Depending on when you arrive in the city, you’ll have 2-2.5 days to spend in Rome. If you haven’t seen the main Ancient Roman attractions of the Colosseum, Forum, Pantheon, etc. or visited the Vatican, then both of those things should definitely be among your top options. The Vatican can take up a half-day (more if you dawdle), as can the main sights of Ancient Rome, so if you want to spend part of each full day on those things you can spend the rest of those two days visiting other major cathedrals, museums, art galleries, and attractions or you can instead focus on things like exploring the city’s famous gelato shops. In other words, Rome might be best known around the world for its history, but this is very much a food city, too.
After three nights in Rome, you’ll take the train to Naples, which takes about one hour 15 minutes on the high-speed AV trains.
You might also like:

Get to Naples and settle into your hotel. I recommend staying in the historic center so you won’t have to go too far to reach many of the city’s sights and restaurants, and the good news is that the airport is so close to the city center that you won’t need to worry about moving to a hotel airport for your last night.
It’s possible you’ve had a pizza or two during the previous three weeks of your Italy trip – especially in Rome, where they do their own thing with pizza – but if you’ve been saving your pizza palate for Naples then you’ll be handsomely rewarded during your last couple days in the country. In addition to eating as much pizza as you can manage during your Naples stay, be sure to sample sfogliatelle pastries and some of the deep-fried goodies many pizza places sell from their front windows as street food.
With your non-eating time, the top attraction should be the National Archaeology Museum, which holds many of the things excavated from Pompeii and Herculaneum. If you want to do a half-day trip to either of those excavated cities you can do that, too – especially if you’ve had your pizza fill. Otherwise, there are plenty of other gorgeous churches and galleries in Naples to feed your cultural side.
Have someone at the hotel front desk arrange for a taxi to pick you up and get you to the Naples Airport on your final morning in Italy, and you can start planning your next Italy adventure on the flight home.
You might also like: